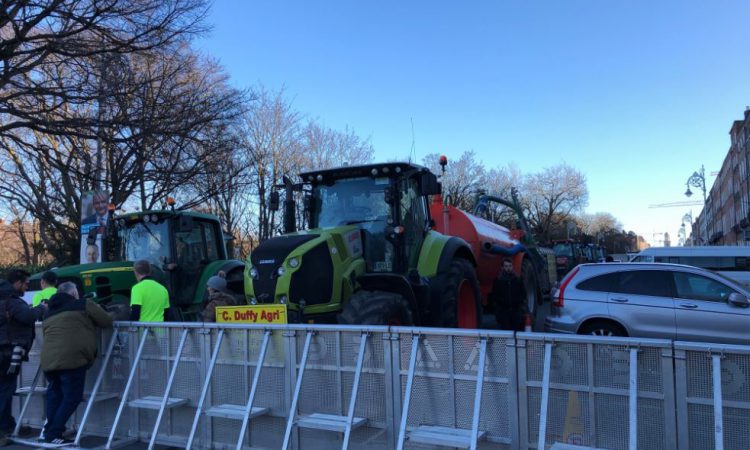 The Gardaí have warned the public in Dublin of the potential for “increased protest activity” today, Thursday, January 16, with the ongoing tractor protest that has gone through the night.

On its Twitter page, the Gardaí said yesterday: “The protest remains in place overnight and into tomorrow…during which there may be increased protest activity.

“An Garda Síochána continues to advise commuters to plan your journey accordingly or use public transport where possible,” the statement added.

The protesters stayed the night in Dublin city centre – around the vicinity of Merrion Square and St. Stephen’s Green – with many of them sleeping in their tractors.

One participant told AgriLand yesterday that they “have no problem closing Dublin down”.

James Geoghegan, from Co. Westmeath, said: ““What we’re showing every TD in the country is that we can block Dublin at any time we want; we will block it down until we get what we need and what we need is a sustainable living.”

He added that the protest was not only about beef prices, but also carbon tax.

This is not even for negotiating, we are not paying carbon tax.

“By tomorrow night [tonight, Thursday], you will know exactly what we mean when we say we’re closing down Dublin,” Geoghan warned.

Tractors began gathering in various parts of the country yesterday morning in preparation for the journey to Dublin, with trailers, 4X4s and machinery of all sorts also making the trip. 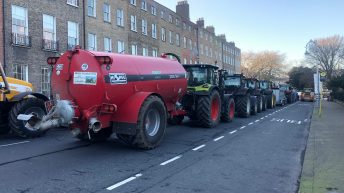 Video: ‘We will close Dublin; we have no problem closing it down’