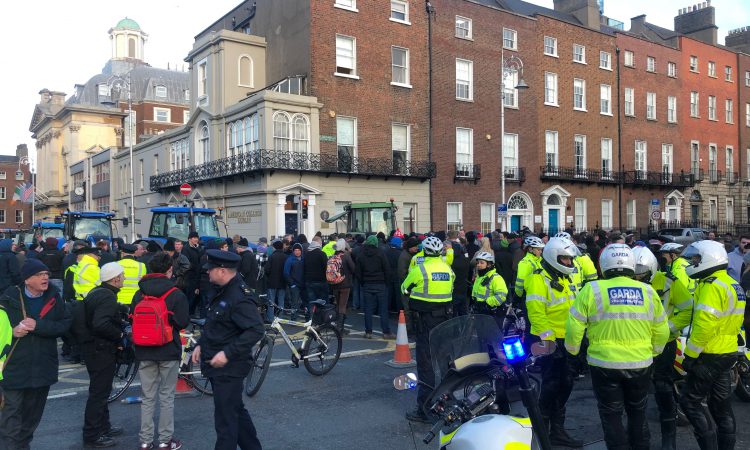 A Garda was injured during a scuffle at yesterday’s tractor protest close to Government Buildings.

Sources at the scene have indicated that the Garda was struck by a car, which some initially claimed was a ‘state car’. However, these claims have not been substantiated.

A spokesperson for An Garda Síochána confirmed to AgriLand that one of its officers sustained minor injuries during an incident in the vicinity of the tractor protest yesterday evening, Wednesday, January 15.

Meanwhile, sources on the ground (from within the group of protesters) have suggested that the injury was sustained when a car struck the Garda’s foot.

In a statement to AgriLand, the Gardaí said that there is an investigation taking place into the incident, which occurred around 6:00pm yesterday evening.

“A Garda member was struck by a moving vehicle during the planned protests and received minor injuries,” the statement said, adding that the officer in question was taken to St. Vincent’s Hospital for treatment.

Gardaí also confirmed that the vehicle was not a tractor, nor was it participating in the protest.

Last night, Gardaí warned the public in and around Dublin that today could see “increased protest activity”.

“An Garda Síochána continues to advise commuters to plan your journey accordingly or use public transport where possible,” Gardaí said on Twitter.

The protesters stayed the night in Dublin city centre – around the vicinity of Merrion Square and St. Stephen’s Green – with many of them sleeping in their tractors.

One participant told AgriLand yesterday that they “have no problem closing Dublin down”. 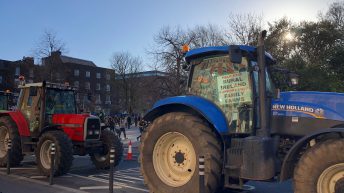