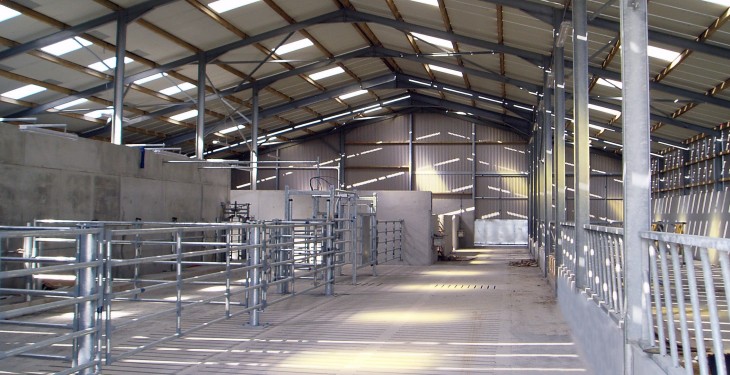 Future approvals under the TAMS II suite of measures could be at risk of being blocked unless farmers start submitting their claims online, Aidan O’Driscoll, Secretary General at the Department of Agriculture has said.

However, only 234 claims have been submitted to the Departments online system, he said.

“I honestly can’t be entirely sure what’s going on here. I know my colleague, Paul Dillion, has arranged for farmers who have not submitted claims to be texted to ask are they going ahead with their investment.

“I think of those that received the message about half of them replied and half of those said they were going ahead.”

O’Driscoll has said that there is a problem here; the Department issues all of these approvals and then it’s ‘debt’ or outstanding money commitment mounts and mounts into tens of millions. This is not something that can be done indefinitely, the Department of Public Expenditure and Reform will not allow it, he said.

We need to know how much we’re actually going to spend each year or we won’t be able to go on issuing approvals – it will actually block future approvals.

“So we have a problem with people not telling us and not withdrawing the approval [should they not wish to continue with the investment].”

The Secretary General said that while the Department hasn’t made any decision on changing the way it issues approvals, other ways of doing business will have to be considered.

“At the moment, we’re offering approvals for up to three years, but if they sit behind the clock on the mantelpiece, they end up blocking other farmers from getting approvals.

“We’re going to have a real problem on our hands. Maybe the way to do it is to cancel the approval, tell us that it’s not happening and we can go on to approve other people.

I do sound a word of warning – the Department of Public Expenditure will not allow us to go on just issuing approvals willy nilly for any amount of money. We’ve to operate within budgets.

Meanwhile, approvals under all tranches of TAMS II are being worked on, albeit slowly, O’Driscoll said.

“At the moment, our biggest emphasis is on urging people with approvals in tranches one and two to move forward to the claim stage so we can begin to see the expenditure on this.”