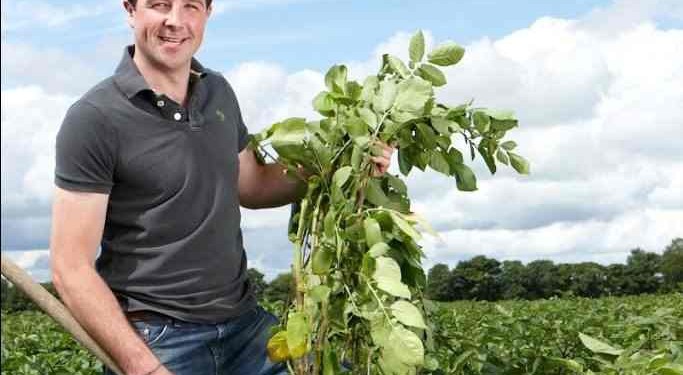 North County Dublin has long been referred to as the ‘market garden’ of Ireland and it was from here that the Keogh family began farming 200 years ago.

Generations of the family specialised in growing quality potatoes and preparing them for market and they now supply more than 70 different potato products.

Keogh’s has seamlessly made the transition from growing high-quality straightforward potato products to ‘cook-in-the-bag’ items for time-strapped spud lovers. More recently the Keoghs brand has become an even more prolific brand through the launch of a crisp range.

The humble but versatile potato has survived the Recession well with Keogh’s experiencing sustained sales in its potato varieties, that include the health-boosting Selena potatoes. General manager Tom deliberates on the current economic climate:

“There was no Boom in farming during the excessive years so the Recession has not had a notable impact. However we do find it easier to find employees and unfortunately we have had some key customers close their doors since the Recession hit”.

Keogh’s currently supplies potatoes to Superquinn, BWG and the Dublin fruit market, which has been trading since 1892. While the spud is a staple part of the Irish diet it is becoming popular further afield.

“Believe it or not we have a nice little business exporting our potatoes to the retailers in Saudi Arabia who have developed a taste for our Irish potatoes,” Tom explained.

The company’s website features images of the Keogh’s forefathers working on vintage tractors a world apart from the Keogh’s crisp packets that grace the shelves of Selfridges in London.

However, according to Tom the diversification was an interesting step for the organisation. “The decision to move into the crisp market came about after a failed attempt to export potatoes into the US as they are banned from entry. However by crisping our potatoes we bypassed this import restriction. Today we are supplying three US retail chains with our crisps”.

The company is currently exporting crisps to the US and UK and have just opened new markets in Germany and Australia.

The family have set up a crisping house on the farm where they hand cook tasty crisps made from their own home-grown potatoes.

The products are available from Superquinn, Dunnes, Tesco, SuperValu, Centra, Eurospar, Mace & Londis along with a number of artisan independent stores nationwide.

Tom details the intricities of its new product: “Our new crisp business now makes seven different flavours, the biggest seller being Dubliner Cheese and Onion. The link up with Dubliner cheese came about after testing a lot of Irish Cheeses. We liked Dubliner as the flavour seemed to work well with our potatoes and our farm is in Dublin after all!”

While there is no doubt that knowledge and perseverance have played a key part in the success of Keogh’s, Tom feels support from the Government is forthcoming.

“The Government is doing a fantastic job already in encouraging Irish food companies.  The big picture is export and this is where the resources need to be targeted. Bord Bia already has really good professional people representing Irish Food overseas and this needs to be continually developed.”

Offering advice for budding agri-entrepreneurs Tom deliberates on the global opportunities: “Look at producing a product that does not restrict them to a local or domestic market.  The world is a big place and Ireland will play a very important role as destination for quality food in the future.

When asked about the next step for Keogh’s brand it is clear there are many opportunities on the horizon.

“We have a huge amount of new product development in the pipeline at the moment and all are top secret! I cannot wait to see them on shelf.  Our big challenge is going to be marketing ourselves overseas and how the foreign consumer reacts to our uniquely Irish offering,” said Tom.

In five years time the family hope the company will have grown considerably with a large percentage of sales directed overseas.