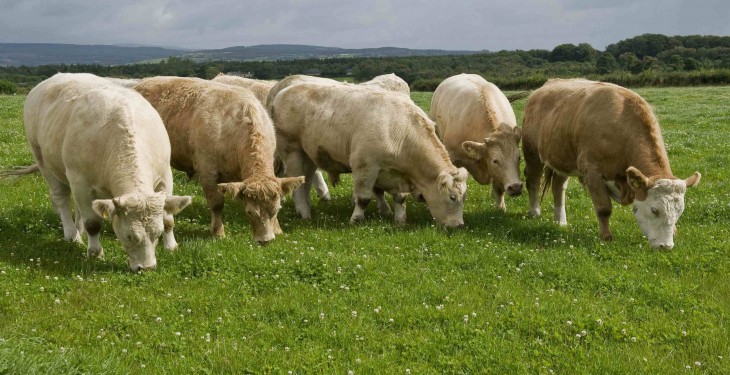 The cattle trade settled down this week in response to some increase in market demand underpinning the trade, despite the ongoing increase in cattle supplies being marketed. This is according to the latest market update from Bord Bia out today.

Cattle supplies at export meat plants for the week ending 3rd August stood at 28,400 head, which was 3,400 head higher than the same week in 2012, its market report found. “To date this year, cattle supplies are running 80,700 head higher compared to last year’s levels. The majority of the increase in availability to date this year is evident in the steer and cow category,” it added.

In Britain, trade remains flat across both retail and foodservice channels, Bord Bia added.”This continues to have some impact on demand for different parts of the carcase, with demand for rump cuts particularly affected. Reported cattle prices from the AHDB eased slightly during the past week with GB R4L grade steers averaging at Stg 404.7 pence/kg dw (equivalent to 470.1 cent/kg dw) for the week ended 3rd August.”

Meanwhile on the Continent, it stated higher than normal temperatures across some of Ireland’s key markets continues to have some effect on consumer demand for beef. “Demand for beef should be boosted by some planned promotional activity over the coming weeks across some of our key export markets. Best demand reported is for eye rounds,” it said.