FrieslandCampina is to hold its guaranteed price for raw milk for September 2015 at €28.50 per 100kg of milk which is the equivalent of 27.55c/L when converted to Irish constituents. 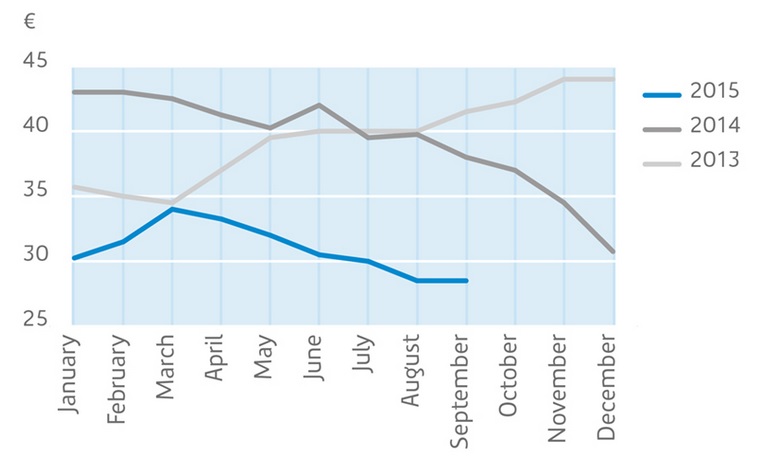 Commissioner Hogan has said that he will outline a comprehensive response to the short- and medium-term challenges within the dairy sector on September 7 at the extraordinary Agriculture Council meeting.