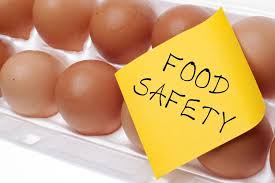 The number of queries handled by the Food Safety Authority of Ireland’s Advice Line increased by 8% in 2014 and included reports of a razor blade found in mince meat and dead maggots in food.

The Food Safety Authority of Ireland (FSAI) released statistics showing that of the 14,348 queries and complaints, 2,738 related to complaints by consumers about food and food premises, while 11,604 included requests for advice from food businesses across a range of food related areas.

The Food Safety Authority said that the increased activity reflects a demand among food businesses for information about labelling requirements and resources for food business start-ups, as well as a growing awareness among consumers of the need to report poor hygiene practice.

Consumer complaints to the Food Safety Authority ranged from reports of food unfit to eat, to inaccurate labelling:

Contamination of food with foreign objects was frequently reported by consumers.

Calls to the FSAI’s Advice Line seeking advice (11,604) showed a dramatic increase in requests for information on food labelling (up 100% on 2013), coinciding with the introduction of new laws requiring the labelling of specific allergens on all loose food.

Other key areas of advice sought included information on new business startups, training, standards and legislation, as well as requests for FSAI publications.