Larry Goodman’s ABP Group has announced a deal with US marketing and distribution company Sysco for Irish beef.

The deal could be worth €15m per year according to a spokesperson for ABP and the first shipments are expected in the US in March. 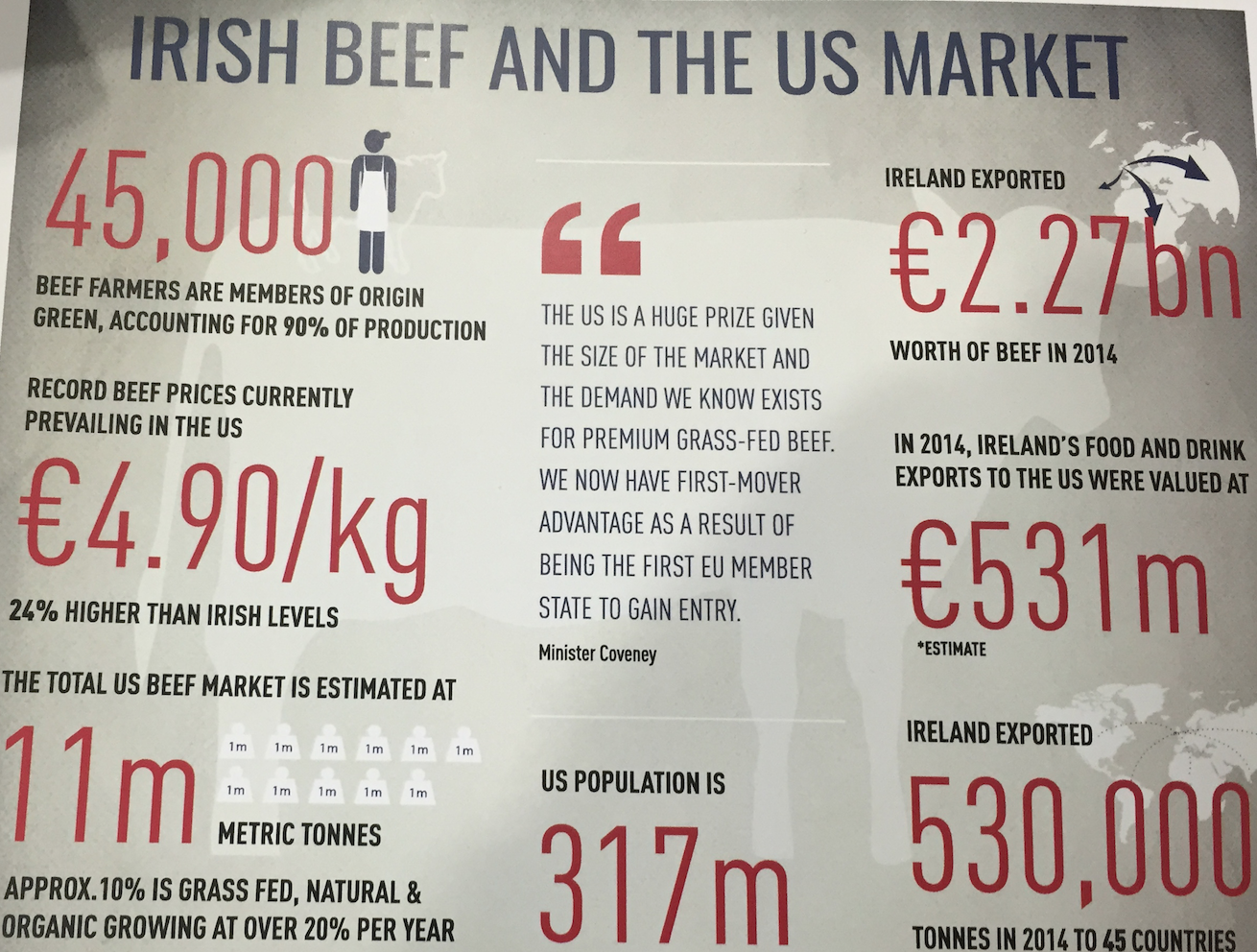 The deal was announced today as part of the trade promotional visit being headed up by the Minister for Agriculture Simon Coveney and Bord Bia.

The deal is with Sysco Metro New York and Sysco Boston and is initially focussing on steak houses and restaurants in these markets.

The deal was helped by Pallas Foods, a subsidiary of Sysco Corporation, according to ABP.

Paul Finnerty, CEO ABP Food Group said the initial focus will be on the north east region of the US and will bring sustainable, grass fed beef from Ireland to the US.

This is the first deal announced for Irish beef as part of the promotional visit happening this week.

Sysco Corporation is an American multinational corporation involved in marketing and distributing food products to restaurants, healthcare and educational facilities, hotels and inns, and other foodservice and hospitality businesses.

Sysco has 194 distribution facilities and 425,000 customers.