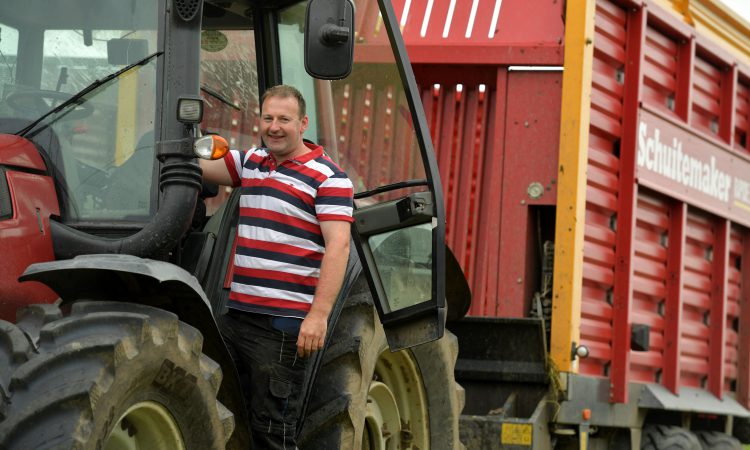 Time is at a premium for busy family man and farmer, Gareth Oliver, from Clontibret, Co. Monaghan. Combining an agri-contracting business and working on the family farm means he’s particularly busy during the summer months.

“To be honest, there just aren’t enough hours in the day at the moment,” said Gareth. “It’s been a really good silage crop this year, so you’ve got to put the hours in when you can.”

As well as a beef suckler herd of around 50 Limousin-cross cows, Gareth also buys in continental-cross stock for finishing at the farm in Clontibret.

“We calve in the spring and then my attention is focused on the contracting, so I just need the cattle to be low-maintenance through the summer. My wife and I also had our second child a few weeks ago, so anything that can make my life easier is welcome.” 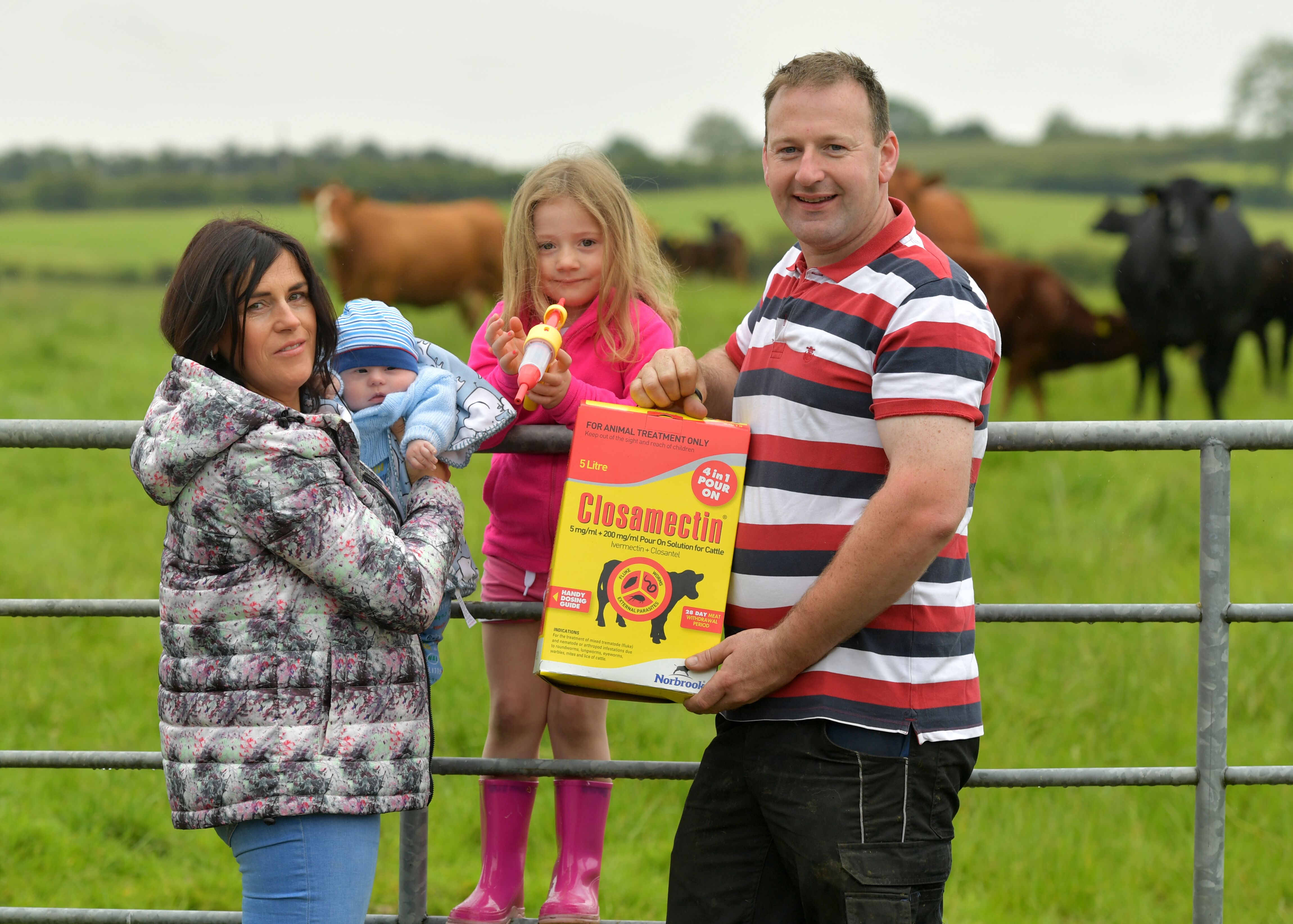 Gareth previously wormed his cattle during the grazing season and treated for fluke at housing, but this year he’s included fluke treatment to his grazing regime.

“Everything goes off direct to the factory, so I’m aware of the liver reports and the damage fluke can do,” he added.

‘Managing fluke benefits the farmer too’

Maura Langan, Norbrook veterinary advisor, explained: “It’s at this time of year that fluke can really get a hold. Liver fluke that are picked up early in the season will reproduce inside the cattle before shedding thousands of eggs.

“The larvae then complete their lifecycle in the mud snail, multiplying into huge numbers that contaminate the pasture. Even in relatively dry summers in Ireland, there are always ditches and damp areas around cattle troughs that remain ‘flukey’.

A treatment of eight-10 weeks after turnout helps to break the cycle and reduce the burden for next year.

It’s not just cattle welfare that benefits from treatment; managing fluke benefits the farmer too.

“Research shows that the liveweight gain in cattle with fluke can be reduced by as much as 1.2kg/week, and even moderate levels have an effect,” added Maura.

“The damage done to the liver and bile ducts and potential blood loss can affect meat production by as much as 20% and impact breeding cows by increasing metabolic stress and reducing milk supply.”

Head start over the summer

Gareth used Closamectin, a convenient pour-on effective against both fluke and gut worms. “My life’s too short to be injecting or drenching if I don’t have to,” explained Gareth.

A pour-on is easier for me and less stressful for the cows, especially as the youngstock can sometimes be a bit lively.

Gareth is keen that his herd makes the most of all that abundant Drumlin grass. “I need to make sure they get a head start over the summer while they’re out.

“There’s no point having to feed them extra in the winter because they didn’t make the most of the fresh pasture. Talking of which, I’d better get back to work!”

Please read the product data sheet and seek advice before use. The dosing programme should be established with your veterinary practitioner, animal health adviser or licensed merchant.