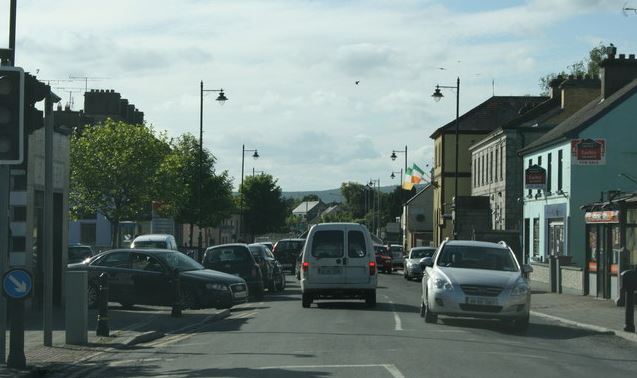 Independent TD Michael Fitzmaurice has accused the Government of being “intent on creating mass unemployment in the midlands”.

His statement follows revelations this morning, Thursday, July 11, that up to 200 jobs are now at risk at Lough Ree Power Station in Lanesboro, Co. Longford.

The ESB has decided to cease operations temporarily at the plant due to legal proceedings – connected to hot water discharge – being brought against it by the Environmental Protection Agency (EPA).

Commenting on the development, Fitzmaurice said: “The minister needs to come forward and explain what agenda is being pursued in relation to the Lanesboro power plant.

Ironically enough, the hot water from the plant in Lanesboro has been going into the River Shannon to the knowledge of the EPA over the last 30 years.

“Why then, last weekend, did the EPA put the ESB in a situation where they had to announce the closure of the plant on a temporary basis? Or is there another agenda being pursued here?

“The news I’m hearing is that 75 temporary workers in Bord na Móna are about to lose their jobs and my understanding is that the same amount of full-time workers are being placed on protective notice.

“This is another cruel blow to the midlands/western area. It now appears to be more important to shut down operations rather than to keep food on the table for families.”

The Roscommon-Galway representative said it is “important to note” that fault in this situation does not lie at Bord na Móna’s door.

“They have no say in the matter if the plant which they supply peat to is being shut down temporarily.

I am also hearing that up to 50 jobs will be lost when it comes to sub-contract work – such as lorries involved in haulage, for example.

“Initially, it was indicated that the plant would be closed for four weeks – but we are hearing now that operations might not resume for 12 weeks.

“But the big question remains; why – after so many years, at a time when it seems to be cool to be on about climate – did the EPA move so swiftly to shut down an operation when it has existed for decades?

“This Government seems to be intent on creating mass unemployment in the midlands region by closing down operations such as the plant in Lanesboro.

“The minister needs to come out and clarify what is going on or what the agenda is,” he said.

Last year, the semi-state company announced that it would cease peat harvesting and burning by 2027 – three years earlier than previously expected, as part of its ‘Brown to Green’ decarbonisation plan.

Reflecting on the timeline outlined in last year’s announcement, Fitzmaurice said: “When the redundancies were offered by Bord na Móna they said that it wouldn’t be until 2027. But alas, a couple of months later, we are now looking at the guts of 200 jobs in serious trouble.

“The biggest problem – for anyone that knows about business – is that if this plant is closed for a period of time, Bord na Móna’s income will be down.

“There will be concerns whether or not it will be able to sustain this stop-start situation,” Fitzmaurice concluded.