Five things the Irish dairy industry could learn from Iceland

When we think of Iceland – ‘the land of ice and fire’ – a farmer-focused dairy industry does not immediately spring to mind.

Despite its difficult weather and landscape, Iceland is in fact the home of a thriving dairy industry and almost 600 dairy farmers.

The farming landscape is quite different to the 40 shades of green witnessed along the byroads of Ireland, but that doesn’t stop our northern counterparts from making their presence felt on the market.

On a recent Celtic Sea Minerals / AB Vista tour of the country, a group of agricultural journalists and industry representatives were given a behind-the-scenes look at Iceland’s dairy industry.

As part of the trip, we visited one of the plants of MS Dairies – a farmer-owned co-operative that collects 98% of the milk produced in the country.

One thing that became evident from the visit is that farmers come first with regards to price. Unlike Irish processors, MS Dairies is not reliant on the world market; but rather the domestic supply of milk.

This milk is critical to the co-operative’s success and particularly its flagship Skyr yogurt-like dairy product. As a result, Icelandic dairy farmers are currently receiving a milk price of 72c/L to ensure a constant supply.

However, given the nature of Icelandic farming, the cost of production is also considerably higher than Ireland and some of the cows in the country only have access to grass for a four-month period.

2. Identify your strength and protect it

Like the Kerrygold brand to Irish farmers, the Skyr brand is the driving force behind the dairy industry in Iceland.

Skyr cultures have been a prominent feed source in Iceland for thousands of years and this heritage, along with the product’s high-protein and low-fat content, makes it a highly-desirable brand.

Already, MS Dairies is selling into a number of countries such as Ireland, the UK and Finland. However, it has had to deal with the threat of competition. This has come in the form of Arla, which manufacturers a similar product for Scandinavian markets. 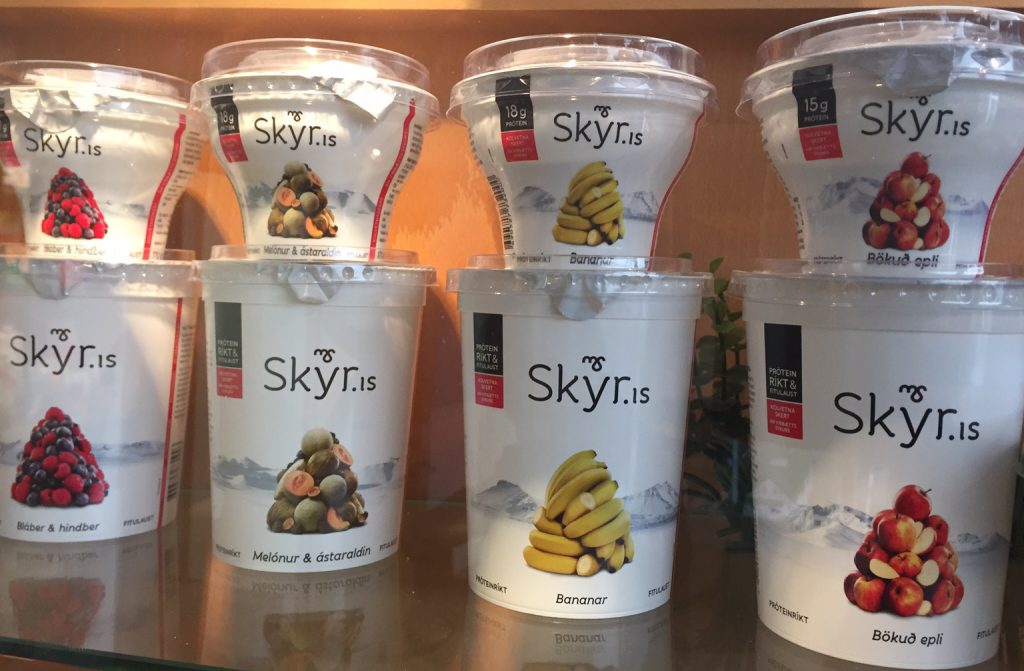 However, MS Dairies has moved to protect its flagship product in the Finnish market and now only the Icelandic co-operative can distribute Skyr in Finland.

3. No talk of driers or milk powders

A common topic at any Irish co-op board meeting is investment, particularly in stainless steel or drying facilities.

In recent years, Irish milk processors have become overly-focused on milk powders and driers; this is an area where they can take a leaf out of Iceland’s book.

The Icelandic dairy industry does not talk about targeting higher-end markets. It goes out, supplies these markets with a premium product and pays its suppliers a leading price.

The Icelandic cattle herd consists of approximately 74,500 head – some 10,000 of these are dairy cows located in the south of the country.

The country’s national herd is typically made up of Icelandic cattle, which are a rather small, polled breed. A recent scientific study found that these cattle are closely related to the Jersey and cows are capable of producing 6,000L of milk annually.

Icelandic cattle have been roaming the fields of Iceland for over 1,000 years and, given their history, strict regulations exist in relation to the importation of livestock to protect the breed.

As a result, Icelandic cattle producers are prohibited from importing any dairy breed. However, beef genetics can be imported in the form of semen.

This policy means that the Icelandic national herd is extremely healthy and the spread of common diseases, such as Johnes, BVD and Lepto, is limited.

Buoyed by a shortage of labour, Icelandic dairy producers were forced to look at alternative means of addressing this issue on their farms.

Many of the dairy farmers in the country are focused on technology and have adopted robotic milking systems to ease some of the pressures at farm level.

Approximately 42% of all of the dairy farmers in the country now use robots to milk their cows. Could robots be the answer to the dairy labour shortage in Ireland?

Handing the farm over - whilst still in your 50s

'New Zealand was my university in dairy farm management'