The top performing sheep flocks in the country are also growing and utilising the most grass, Teagasc’s Michael Diskin has said.

Diskin spoke in front of a large crowd at the Teagasc Sheep Open Day, hosted by Teagasc Athenry on Wednesday, June 21.

He gave a brief overview of the Irish sheep industry, before handing the microphone over to others.

“71% of our sheep-meat is exported to countries such as Canada, Switzerland and Germany.

The better flocks are producing more lambs per ewe, off more grass.

Diskin then explained how 1t of grass is necessary to sustain a ewe and its lamb/lambs for one year.

“If you are producing 7t DM/ha/year, you will be able to sustain seven ewes and their lambs/ha/year,” Diskin added.

Diskin noted that it takes two years before there is a saleable product from sheep.

He appealed to farmers present, saying: “It is important that you focus on the take-home messages delivered here today.

‘4.8 litters produced over its lifetime’

Teagasc’s Tim Keady said that, on average, a ewe will produce “4.8 litters over its lifetime in Ireland”.

“Here in Athenry, we use the ram effect on our ewe lambs. This means that we have 62% of sheep lambing down in a two-week period.

Research has shown that shearing the ewes at housing increases lamb birth weight.

“When we look to maximise lambs born per ewe, genotype, weight at breeding and management of the ewe during mid-pregnancy are all important,” he said. 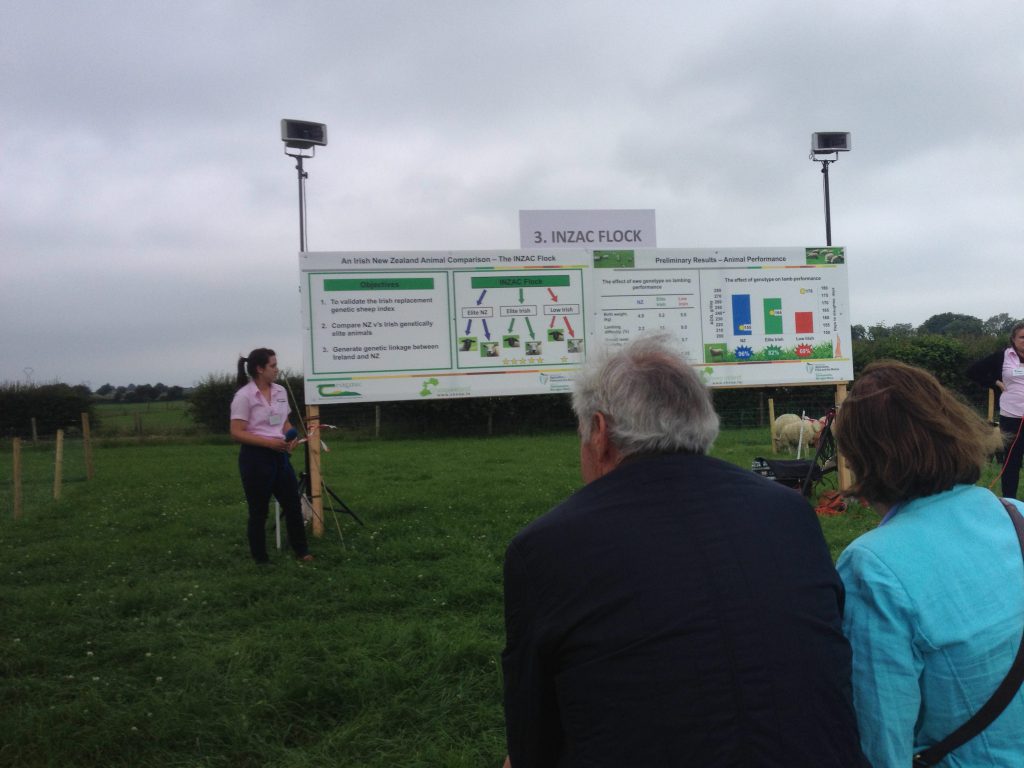 However, she said: “There is less lambing difficulty in the NZ breed. 2.2% of NZ lambings required assistance, compared to 13% for elite Irish breeds.”

One audience member asked: “Why is there a difference in lambing difficulty?”

McGovern explained: “The NZ breed has a larger pelvis and the lamb has a narrower shoulder.”

Other topics discussed on the day included lamb slaughter weights and dates, the research demo farm, fencing and grassland management.