The competition, which was launched earlier this summer, was aimed at prospective and aspiring agricultural students wishing to go to Agricultural College or study Agriculture at 3rd level in the Republic of Ireland this year. 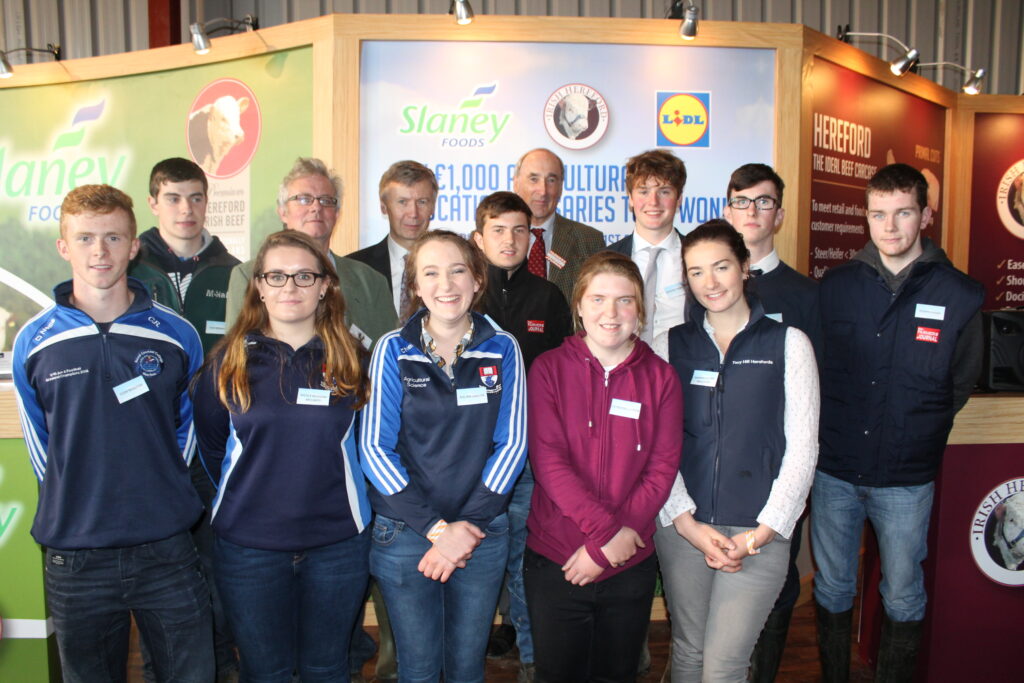 To apply participants had to submit an assignment entitled ‘Environmental Sustainability – the Challenges for the Irish Beef Sector’, with a maximum word count of 2,000.

The 10 successful qualifiers, who were chosen by a team of adjudicators, had to attend the Ploughing Championships in Screggan, Tullamore, Co. Offaly for an interview at the Irish Hereford Breed Society Stand.

These interviews and the selection of the final five winners was carried out by Chairman of the Agricultural Trust, Matt Dempsey.

The IHBS along with their partners LIDL Ireland and Slaney Foods International were delighted with the attention the competition received, according to society member Larry Feeney.

Together with our partners we are very pleased with the response to the competition and with the efforts of the young aspiring agricultural enthusiasts who participated.

“We wish the five winners and the five runners up all of whom reached a very high standard every success in their chosen career path,” Feeney said.

The challenges arising for agriculture into the future will require increased education particularly in Agricultural Science, according to the IHBS.

The IHBS are confident that this competition has succeeded in highlighting the great need for further education in agriculture to meet the needs of a growing population.