Fire brigades had to take action to extinguish some considerable gorse fires near the south coast last night, Thursday, March 26.

Two crews from Bantry and Schull, in west Co. Cork, spent a number of hours fighting the blazes, before eventually extinguishing the flames and returning to their stations. 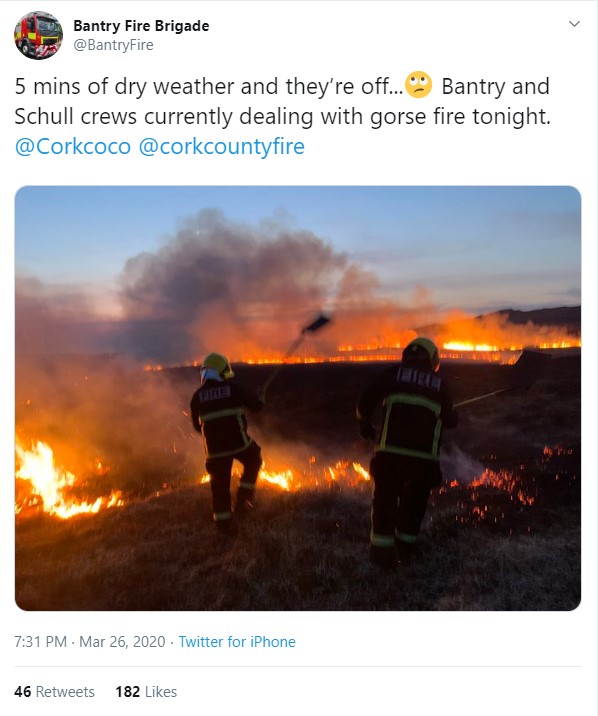 Over two hours later, at 9:44pm, the fire brigade provided an update to say: “Fire is now extinguished and crews returning to station.”

Gorse fires proved to be a serious issue around the country last year, with the Irish Air Corps called in on a number of occasions to help douse the flames.

Last year, Minister for Culture, Heritage and the Gaeltacht, Josepha Madigan, condemned the spate of wildfires in recent years in Ireland and appealed to members of the public to be conscious of the dangers posed by fire on open ground.

The minister said at the time that the main source of wildfires was believed to be through deliberate starting of fires “without concern for the consequences”.

Letter to the editor: 'Farming never sleeps - so farmers should not take Covid-19 risks'