This year’s FBD Young Farmer of the Year county finalists have been announced, with the winner named on September 1, 2015.

This year, for the first time, Macra na Feirme said that a representative from each enterprise sector could go through from every county.

Some 39 young farmers went through to the semi-finals and from these representatives, six finalists will compete for the top titles.

The six finalists will be announced at a lunch in the Twin Trees Hotel on September 1 and they will then undergo final interviews that afternoon, it said.

The remaining finalists will benefit from a farm walk on the farm of Seán O’Donnell, the 2014 FBD Young Farmer of the Year.

The aim of this prestigious competition, Macra said, is to recognise and reward the top young farmers in the country.

Entrants are judged according to a number of criteria including farm business initiative and innovation, levels of farm efficiency and enterprise quality, farm safety and environmental protection awareness, as well as agricultural knowledge and community involvement.

Prizes will be awarded in all farm sectors, dairy, beef, sheep, tillage and other (poultry, pigs, and so forth) as well as the prestigious overall prize of a travel bursary and title of FBD Young Farmer of the Year 2015.

The 17th annual FBD Young Farmer of the Year Competition is run by Macra na Feirme in partnership with the IFA. 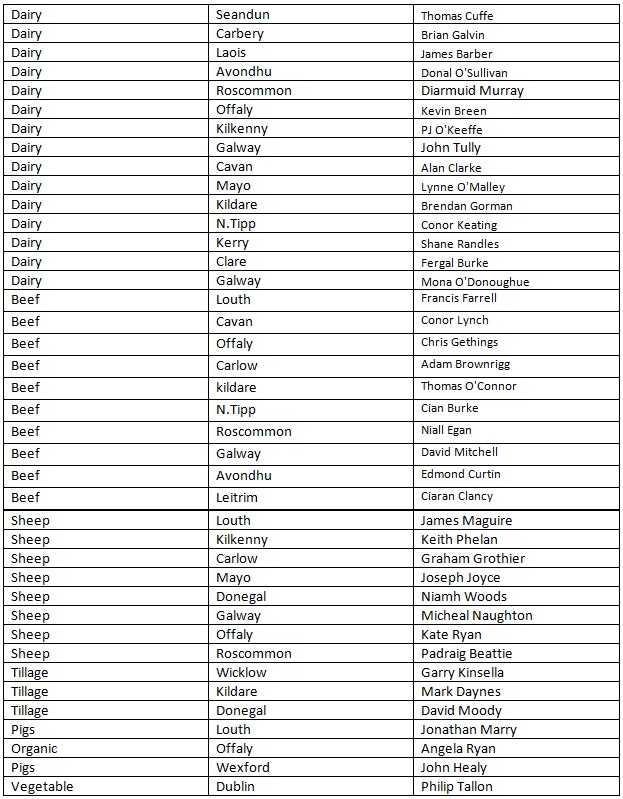