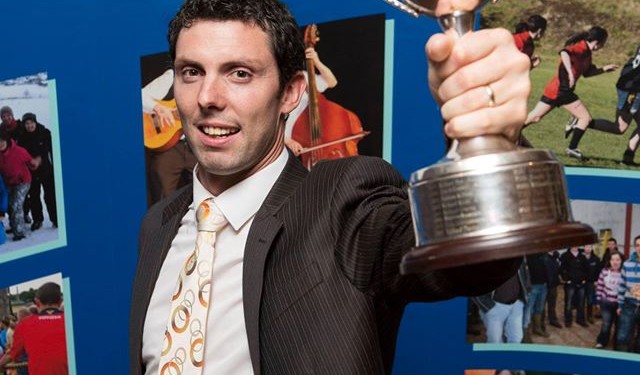 Mayo farmer Sean O’Donnell is the winner of this year’s Macra na Feirme/FBD Young Farmer of the Year.

He was chosen from a final six farmers, who had been whittled down from 28 regional winners.

Eamonn Burke from Galway was the runner up and third place went to Padraig O’Connor of Limerick.

Sean is a dairy farmer based in Ballina, Co Mayo, where he currently milks 110 cows. His plan is to increase the dairy herd to some 150 cows over the coming years and he is already in talks with a neighbour to enter a share farming agreement. He told the judges that if it goes through he will have greater access to land which will be key to him reaching the 150-cow herd he wants. Sean is the chair of his local discussion group at the moment and he plays football with his local club.

Galwayman Eamonn Burke runs a beef and tillage farm with spring cereals and fodder beet his main crops on the farm. The other runner up, Padraig O’Connor who farms outside Abbeyfeale, Co. Limerick, is a dairy farmer with 100 cows. His plans for the future include taking over the running of the family farm.

The winner was highly commended by the judges who spent the afternoon interviewing the final six candidates.

FBD Young Farmer of the Year Macra
Loading Next Story