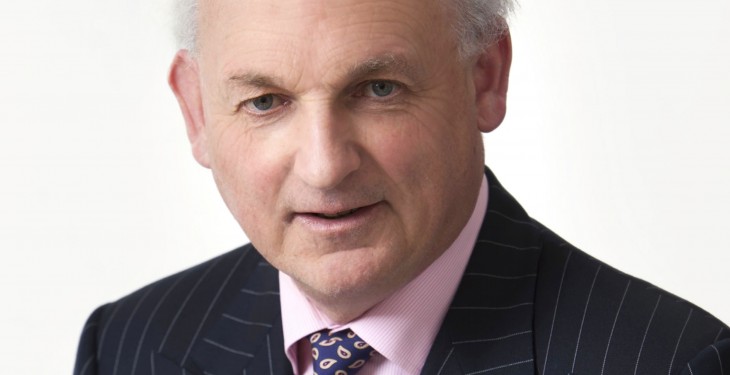 This is according a agricultural land market report published this week by Ganly Walters.

The Northwest/West region, with counties Donegal, Sligo, Leitrim, Mayo, Roscommon, Galway and Clare, recorded the highest national increase for 2013, rising by 20.8 per cent to an average of €8,557 per acre. The Southeast saw the second highest increase in 2013 at 14.9 per cent, followed by Dublin/Kildare/Wicklow at 14.2 per cent. This is according to Robert Ganly managing director of Ganly Walters.

He continued: “In terms of land sales nationally, they increased by 13 per cent with 13,432 acres of farmland being sold, compared to 12,100 acres the previous year.”

According to Ganly, the company is experiencing a strong demand and are forecasting that with the good winter so far and the likelihood of substantial yields this year and a strong performance in the dairy sector, values are likely to increase by five per cent overall in 2014.

“The total number of farms advertised in 2013 was 590, out of that, there were a total of 232 sales completed, 201 of these have been used in the survey, as there were 31 sale prices undisclosed.

The Ganly Walters survey also found that over the entire country there were approximately 13,432 acres changed hands during 2013, compared with 12,100 in 2012,” he added.

Here is a regional breakdown of its results:

Ganly Walters found there was an increase of 14.2 per cent in the price of land in this region. The average price paid was €14,427 per acre in 2013, an increase from the previous year’s €12,636 per acre. There were 31 recorded land sales; however, there were six further sales, totalling 418 acres, in this region which have not been included in the figures as the sold price was not disclosed. A total of 6,234 acres came to the market and approximately 2,824 acres were sold.

Good prices were achieved in this area, including the sale of Rosepark, Killsallaghan, Co Dublin by Ganly Walters at auction on 18.8 acres for €477,500. Sold privately was Dragonhold, Underhill, Newcastle, Co Wicklow on 31 acres and Bahana, Enniskerry, Co Wicklow on 20 acres.

The average price decreased to €12,787 per acre in the 100 to 199 acre category, where six sales took place, compared to €14,115 per acre in 2012. Ganly Walters sold Mountkennedy House, Newtownmountkennedy, Co Wicklow on 169 acres, by private treaty.

In the larger size category of 200 acres plus, the average price paid in 2013 was €15,526, an increase from €14,103 in 2012. There were three properties sold. Ganly Walters sold privately two very fine properties, one being, Milverton Demesne, Skerries, Co Dublin on 468 acres, and the second being, Palmerstown Estate, Johnstown, Co Kildare on 668 acres.

This area in the Ganly Walters survey covers the counties of Meath, Westmeath, Offaly, Longford and Laois. There were 56 reported sales in 2013, this includes seven sales that took place but the sale price was not disclosed, out of 150 recorded properties advertised. The average price paid for land in 2013 has decreased to €9,202 per acre, compared to 2012 the average price was €10,190.

In the 20 to 49 acre bracket, €9,967 per acre was paid in 2013, down slightly from the previous year’s average of €10,844 per acre. There were 30 sales in this category included in the survey. Most of the activity in this bracket took place in Co Meath, where there was a total of 26 sales. Ganly Walters sold by private treaty, 15 acres at Enfield, Co Meath.

In the 200 acre plus category, there were two sales, giving an average of €8,615, down from last year where €11,199 was achieved per acre. Ganly Walters sold privately, Dowth Hall, Drogheda, Co Meath on 420 acres.

The average price in this region was €9,204 per acre in 2013 compared to €11,588 per acre in 2012. There were 36 sales, which covers Counties Cork, Tipperary, Kerry and Limerick. A further two sales took place but are not included in the Ganly Walters survey because the price was not disclosed. In this region over 14,000 acres were brought to the market, and approximately 3,000 acres were sold.

There were 37 sales in this region, which covers Counties Kilkenny, Wexford, Carlow and Waterford, and twelve further sales successfully completed but the price was not disclosed. The price averaged €11,959 per acre, a 15 per cent increase on 2012’s average price of €10,408 per acre.

In the largest category, 200 acres plus, there were four sales, giving an average of €10,647 per acre. Ganly Walters sold privately, Tinarana Estate, Killaloe, Co Clare on 245 acres.