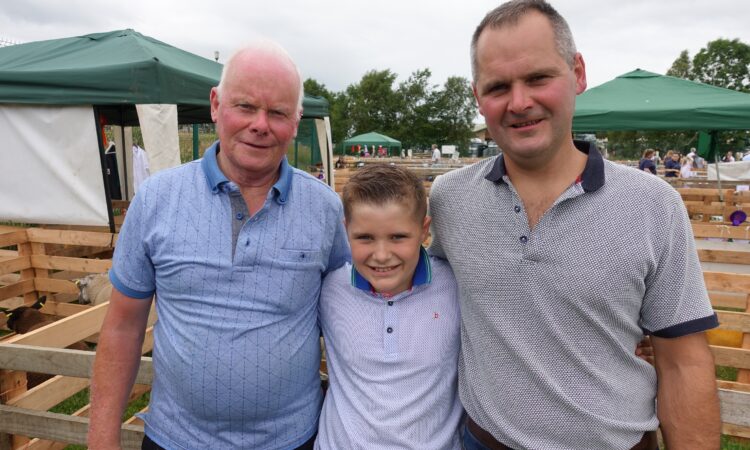 The third episode of Rare Breed – A Farming Year was the most watched programme in Northern Ireland while it aired at 8:30pm on Thursday night.

With an average audience of 178,000 viewers, the show took up 33% of the region’s audience share.

This Thurdsay’s episode will look back on April 2018. Spring has sprung – albeit quite late due to the cold start to the year – ewes are still lambing on a few of the farms, and preparation is well underway for the Balmoral Show. The episode will also introduce two new farmers.

Caron McGeough from Armagh is still waiting for 50 ewes to lamb and explains the difficulties involved in keeping ewes and lambs indoors for such a long time.

She feels it will be a long year but says that it’s much better when the sun is out, as the sheep “do better running and skipping about.”

Meanwhile, in Newtownbutler, John Hall is checking on his new hens. He says how important routine is to the hens and a stress-free environment ensures that they lay the best eggs.

The team also returns to Tony Johnston, the tree farmer, who this time is on the North Coast planting 22,000 trees as part of a Government drive to increase the levels of tree cover in Northern Ireland.

He jokingly talks of the “five months of misery” between January and May during the planting season. “You start off with the waterproofs on, ending up with your T-shirt on,” he explains.

We are also introduced to three generations of the McGilligan family near Dungiven. They are sheep farmers and are in the midst of lambing 450 ewes. Young Cahir is trying to spot ewes that are about to lamb.

We also see how the family manages to feed their sheep on the Sperrin Mountains.

In Newtownards, Co. Down we also get a glimpse of Gary Hanna’s grooming strategy for his prized Aberdeen Angus cattle in advance of the show season. Working well into the night he says, “You need to be dedicated to the showing job just to get everything right.”

Still in Newtownards, we meet for the first time vegetable grower Alex Lyttle, who is sowing 35ac of leeks at his farm on the shores of Strangford Lough.

His father Roy started the farm with just three acres planting scallions. They now grow more than 275ac of vegetables and cereals.

Finally, we go back to Joel Kerr in Dungannon, who is in the kitchen trying out recipes for sauces to complement the beef from the farm. He’s delighted to be turning out cattle and loves seeing them bounding around the field. 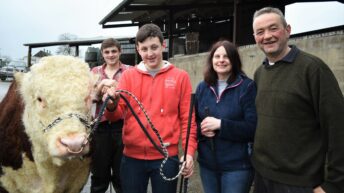