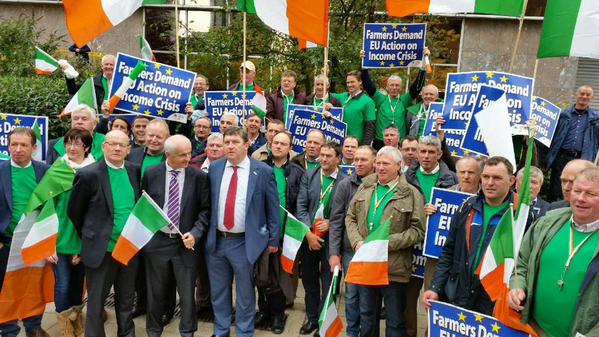 Thousands of farmers have descended on Brussels today ahead of an ‘Extraordinary’ meeting of EU Agriculture Ministers this afternoon.

Following the growing concern about the economic crisis especially in the dairy and in the livestock sectors in certain member states of the EU, the Luxembourg Presidency decided to convene the extraordinary Agriculture Council meeting.

In a clear warning to the EU Commission and the Farm Council in advance of a major protest by farmers in Brussels, IFA President Eddie Downey said the food chain is broken, with below-cost selling by retailers and input cartels squeezing the viability from productive farm businesses, which are already under severe pressure from depressed and volatile commodity markets.

He said it is critically important that Ministers step up at tomorrow’s meeting with a strong declaration that Europe will ban below-cost selling of food and address the excessive input costs imposed on farmers. “It is vital that Farm Ministers take action to ensure the EU Single Market is working properly.” Speculation on advance of the meeting suggests the European Agriculture and Rural Development Commissioner Phil Hogan will agree a €300m dairy support package utilising unspent superlevy monies.

In the run up to the meeting, the Commissioner has come under intense pressure to review upwards the current intervention price levels a move which he has publicly opposed for many months. At a more general level, the Commissioner may well sanction the immediate payment of a 70% advance in this year’s Direct Payments to farmers.

An ICOS delegation led by vice President Michael Spellman and Board member Liam Williams, will represent Irish Agri Cooperatives at the COPA and COGECA #farmaction protest in advance of the emergency Ministerial Agri Council.

Spellman said ICOS was using the opportunity to emphasise to the Commission the difficulties in agri market right now, the extent to which the co-ops have been supporting their members in the last 12 months and the need for decisive action by the Commission to address the market.

ICOS estimated that farmer owned co-operatives have spent in the region of €100m supporting prices for their farmer members since the imposition of the Russian ban last year. 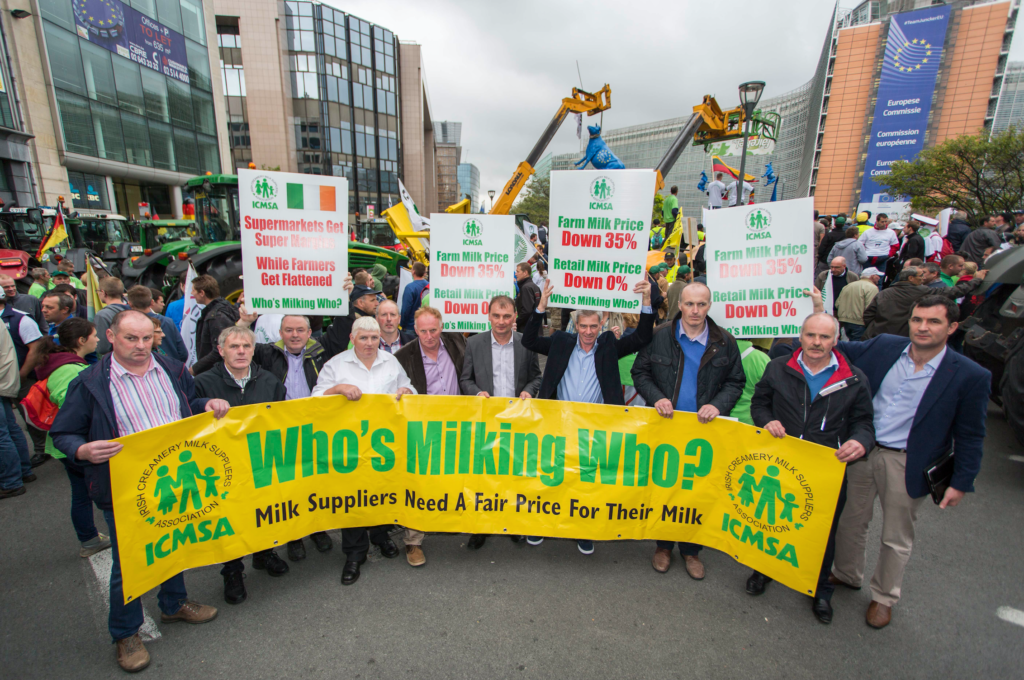