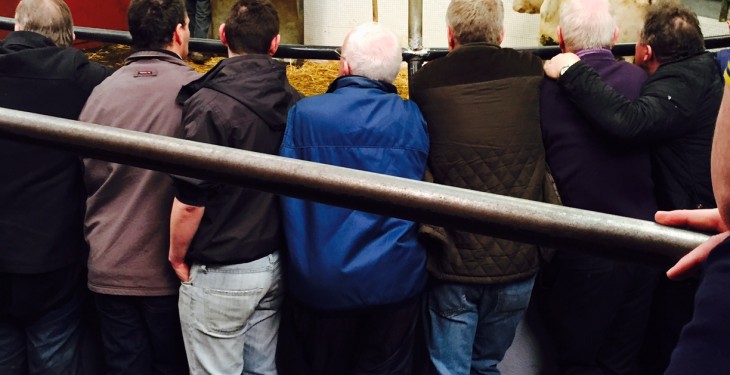 Almost eight out of 10 Irish farmers were found to have four or more risk factors for cardiovascular disease (CVD), the leading cause of death in Ireland, such as family history, high blood pressure, high cholesterol and overweight.

This was one of the main results of a new study published by the Irish Heart Foundation. As a result eight out of 10 farmers who took part were advised to see their GP for follow-up.

Findings from the ‘Farmers Have Hearts’ initiative revealed that the most prevalent risk identified was overweight or obesity at 86%, and 82% had a family history of heart disease and stroke, a key risk for cardiovascular disease.

Farmers Have Hearts, led by the Irish Heart Foundation and supported by the HSE, provide one-to-one health checks to farmers in marts across the country and was established as farmers in Ireland are seven times more likely to die from heart disease and stroke than other occupations.

The majority (82.1%) of farmers reported a family history of heart disease and/or stroke or diabetes.

In relation to self-reported health measures,

According to Maureen Mulvihill, Head of Health Promotion, Irish Heart Foundation these extremely high levels of risk factors demonstrate why farmers are at such risk of heart disease and stroke.

“The high level of CVD risk factors among farmers is related to various factors such as family history, the perception among farmers that their active and outdoor occupation is ‘healthier’ and the 24/7 work life limiting opportunity to get GP check-ups,” said Ms Mulvihill.