‘Maximise value of reseeding by including perennial ryegrass varieties’ 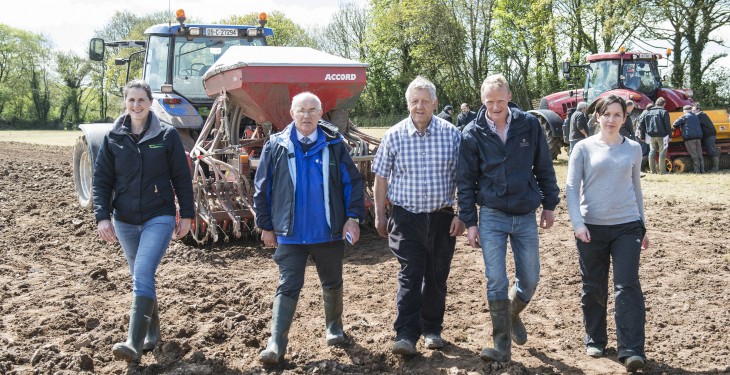 Farmers can maximise the value of their reseeding this spring by including the latest top performing perennial ryegrass varieties, according to Dr. Mary McEvoy of Germinal Seeds.

Dr. McEvoy was speaking at a reseeding demonstration that took place recently on the farm of Paula and Peter Hynes, Aherla, Co. Cork.

The benefits of reseeding, soil fertility, choosing varieties and weed control were all discussed at the demonstration by Germinal Seeds in association with Teagasc.

As well as the discussions on reseeding, a number of machines could also be seen working on the day, Germinal Seeds says.

Dermot Campion from Germinal Seeds, was also a speaker at the event.

Six acres of the Hynes’ farm was reseeded for a grazing paddock and the varieties used were Abergain, Dunluce and Aberchoice; the top three varieties on the new Teagasc Pasture Profit (PPI) Index.

The purpose of the Teagasc PPI is to assist grassland farmers to identify the best perennial ryegrass cultivars for their farm.

The PPI is based on information gathered by the Department in their grass variety evaluation trials.

Dr. McEvoy said that farmers can maximise the value of their reseeding this spring by including the latest top performing perennial ryegrass varieties.

Highly ranked on the Department of Agriculture’s Irish Recommended List, these three varieties offer an unrivalled combination of yield and digestibility (DMD) for grazing, it says.

Of all perennial ryegrasses on the Recommended List for Ireland, Germinal Seeds says that Abergain has the highest total yield and highest digestibility, offering an unbeatable combination of dry matter and quality.

Germinal Seeds says that Abergain is also the best ranked for spring growth, with an outstanding score of 125% of the controls.

Aberchoice is the highest yielding late heading diploid with digestibility second only to Abergain and the Dunluce variety has proven performance on Irish farms for several years, it says.

For intensive grazing systems, Germinal Seeds says that Dunluce will also perform well in a sward cut for silage.