A Polish slavery gang who trafficked up to 400 people to the UK, forcing them to work for a pittance and live in squalid conditions, has been jailed for a total of more than 55 years following a “meticulous” West Midlands Police investigation.

In what a judge described as “the largest conspiracy of its type ever known”, the group of five men and three women lured vulnerable people from their homeland – including the homeless, ex-prisoners and alcoholics – with the promise of employment, money and accommodation.

But, in reality, victims were made to work long hours on farms, rubbish recycling centres and turkey gutting factories and given as little as £20 per week by the traffickers who pocketed the bulk of their salaries.

They were housed in vermin-infested properties dotted across West Bromwich, Sandwell, Smethwick and Walsall – often crammed four to a room – fed out-of-date food and forced to scavenge for dumped mattresses to sleep on.

At some properties, there were no working toilets, heating, furniture or hot water and some victims told how they were forced to wash in canal water.

Bank accounts were opened in victims’ names, using bogus addresses, but were controlled by the gang-masters who were handing over anything from £100 to just £20 per week to their illegal workforce.

The cruel group also topped up their criminal takings by claiming benefits in the victims’ names without their knowledge.

It’s estimated the abusers made in excess of £2 million between June 2012 and October 2017 on the back of their victims’ suffering and enjoyed a lavish lifestyle, buying designer clothes and driving around in a Bentley and other high-end cars. 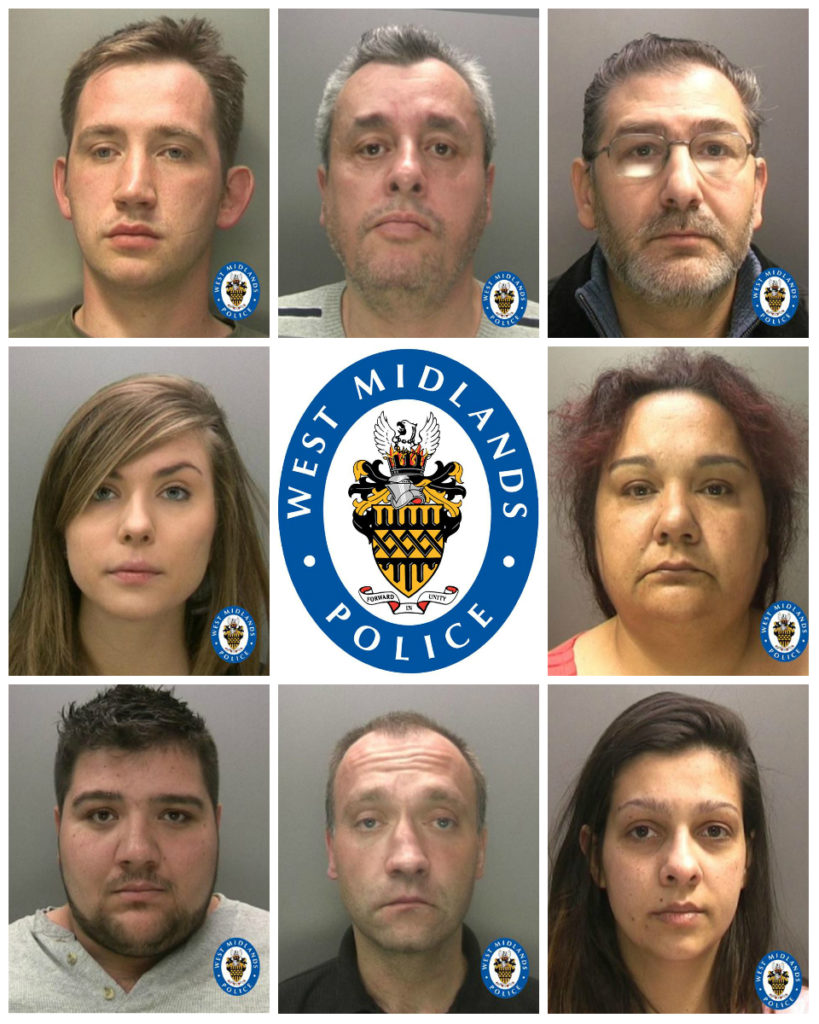 Warsaw-born Marek Chowaniec (30), from Mount Street in Walsall, played a lead role in the plot and was described in court as a “high-level fixer” and the respectable face of the gang who cut a convincing figure in banks and employment agencies.

Bentley-driving Ignacy Brzezinski, aged 52 from Beechwood Road, West Bromwich, but originally from Chelmno-Pomorskie in Poland, was another prominent member of the crime group.

He seized control of victims’ bank accounts, plundering their wages, and when police raided his home they found a stash of documents in victims’ names, their bank cards and a significant quantity of cash.

Marek Brzezinski, (50) from Lindley Avenue, Tipton, made regular trips to north-east Poland to recruit workers and even put some to work decorating his own home.

Justyna Parczewska, from Beechwood Road, West Bromwich, but originally from Wloclawek, played a matriarchal role, welcoming new arrivals and making them cups of tea and food at her home but knowing full well what horrors lay ahead for the men.

When one man died at an address in Queen’s Head Road, Birmingham, the 48-year-old insisted his ID and personal belongings be removed from his pockets before paramedics arrived so as not to jeopardise their cruel exploitation.

The gang relied on ‘insider’ Julianna Chodakowicz, living in Evesham but from the Polish city of Grudziadz, who secured a job with a Worcester employment agency and signed-up dozens of the victims for work.

She was praised by “gullible” bosses for her stand-out recruitment performance – believing workers had been attracted through contacts and clever marketing – but in reality, she knew the men had been trafficked.

Birmingham Crown Court heard how the 24-year-old advised the gang-masters on how to train victims on their behaviour and what to say at work in order to avoid suspicion – and often ridiculed them for their smell and dishevelled appearance.

Wojciech Nowakowski (41) and Jan Sadowski (26) were trusted workers tasked with meeting new arrivals in the UK and chaperoning them to open bank accounts, claim benefits and register with employment agencies.