A group of climate change activists abruptly interrupted Minister for Communications, Climate Action and the Environment Richard Bruton during his keynote speech at a forestry conference in Dublin earlier today, Monday, July 8.

The protesters – who represent Extinction Rebellion Group – targeted the Forestry Industry Ireland conference in a bid to highlight their concerns over “monoculture” planting of Sitka spruce as they contend that the large, coniferous tree is damaging towards biodiversity, endangered species and communities where it is planted at scale.

While members of the audience, which included farmers, industry representatives, academics and experts from related fields, initially discounted the pleas of the campaigners – who popped up from seats throughout the auditorium at The National Botanic Gardens in Glasnevin – moderator RTÉ‘s Helen Carroll quickly quelled tensions by inviting one representative from the group to articulate their climate concerns.

After doing so, Minister Bruton returned to the podium to continue with his opening address on how the forestry sector can provide “real solutions” to Ireland’s “climate emergency”.

“Climate change is one of the biggest challenges that faces humanity and we have to, as a community, work together to resolve this.

“There is a danger that we spend our time pointing the finger at others, rather than finding together how we can arrive at solutions,” he said, highlighting the Government’s recently published Climate Action Plan 2019.

In it are a number of “very substantial changes that break with behaviours and practices of the past” – including 35 specific actions for agriculture based on the Teagasc Climate Roadmap.

First of all we recognise that from a legal perspective this challenge has to be put on a legal footing, so we are creating a much stronger Oireachtas committee – much like the public accounts committee to hold our performance to account.

“There will be legislation that will set statutory targets that will be enshrined in our laws and there will be five-year carbon budgets established across each of the key sectors,” he said.

The minister stated that this event wasn’t the first time he’d been presented with “very strong views” on either side of the climate change debate. 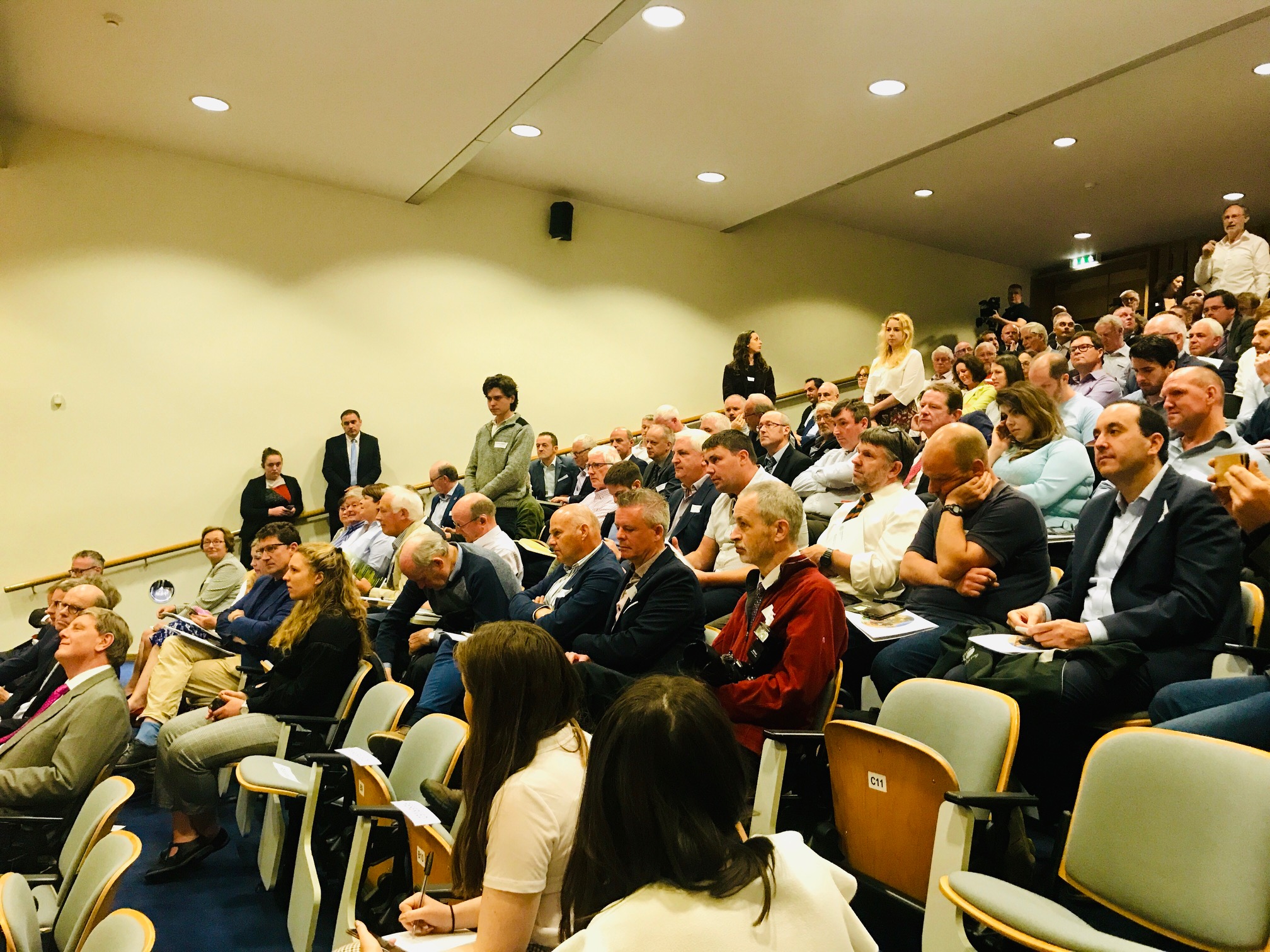 “Some are saying we’re not doing nearly enough; others say you are going to destroy something that is really valuable.

“In every sector there are these frictions between the need to do more and breaking habits of a very long period.

The biggest challenge we have in this area is to persuade people that this is a journey that we should all take together.

“The reality is, the more we postpone action the more expensive and less impact we will have. If what happens is that we see our communities split, with farmers pitted against urbans, then we will fail.

“I respect that this is an issue on which people have intense views; but one thing we do have to do is listen to one another. 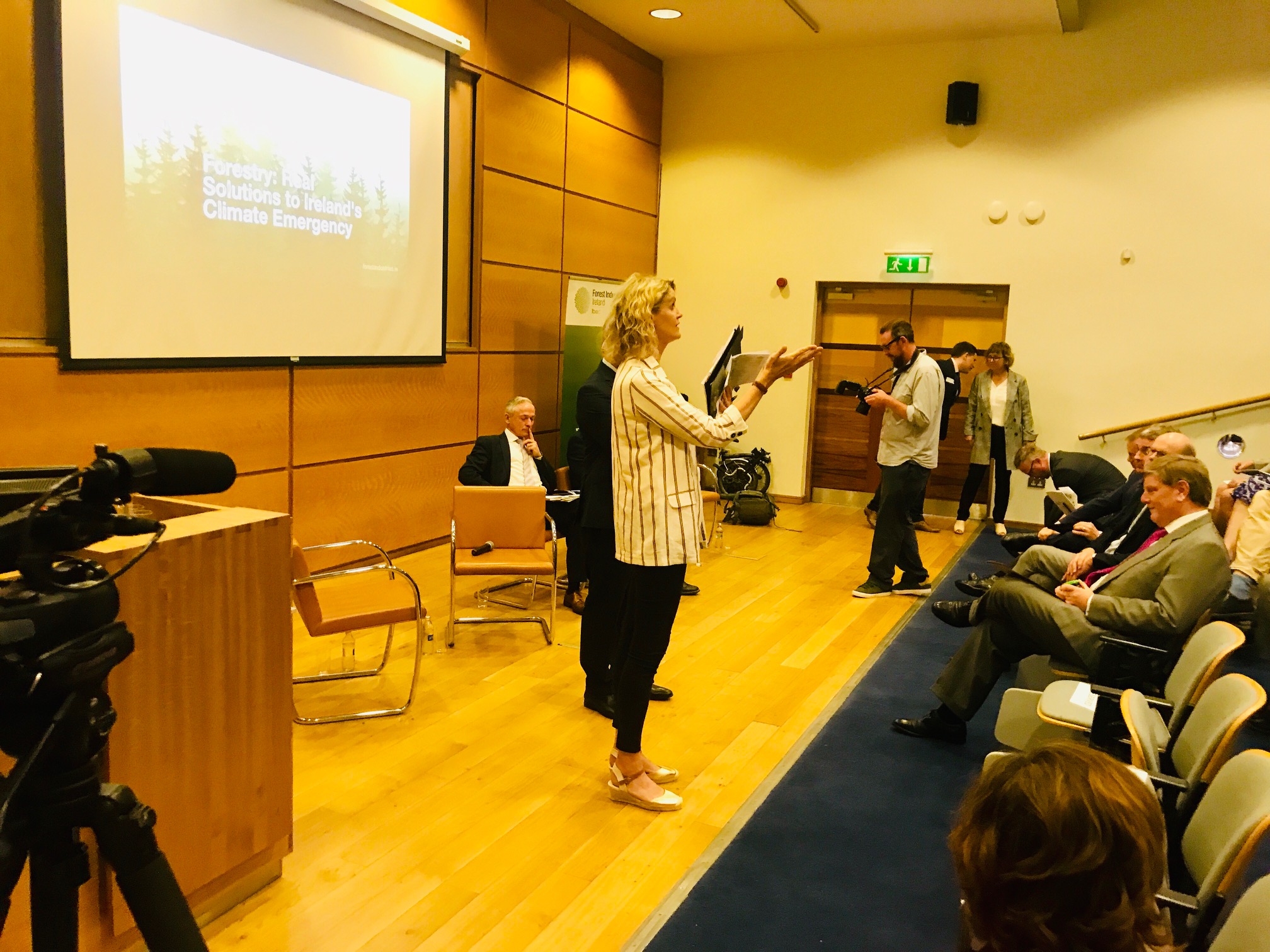 “If we don’t listen to one another, we won’t persuade people to make the changes that are necessary,” he said.

This is a crisis and they are not doing anything to address it; and they are certainly not using forestry as a real mandate of addressing climate change.

“Sitka spruce has a horrendous impact on the environment where it’s planted in terms of biodiversity and endangered species,” she said.