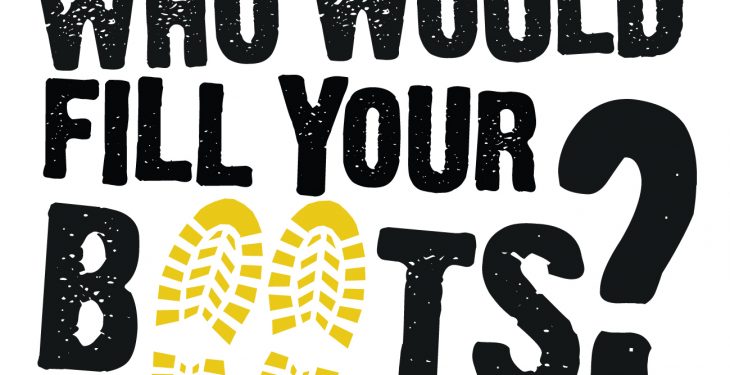 Today, July 4, marks the start of the fourth annual Farm Safety Week which aims to cut the toll of accidents which continue to give agriculture the poorest record of any occupation in the Ireland and the UK.

Farming kills and injures more people than any other industry in Ireland and the UK. Over the course of the Farm Safety Week, (July 4-8), each day will have themed practical farm safety advice and tips for farmers on farm safety.

Farm Safety Week urges farmers to consider ‘Who would fill your boots?’ in the event of a farm accident.

“Each year, farm fatalities in Ireland reach double figures and more than 1,000 injuries occur on farms.

“Over the course of this week, we are working with our counterparts in Northern Ireland, England, Scotland and Wales on five days and five themes but one very clear question – Have you thought about “Who Would Fill Your Boots?” if you were to have a farm accident.”

The Minister for Agriculture Michael Creed said that he has seen first-hand the devastation that follows farm accidents and fatalities.

The impact on families and communities is unquantifiable. As Minister, it is my intention to be a vocal advocate for safety and vigilance in order to ensure our farms are the safest working environments possible.

“There are many risks in farming, this does not mean that it has to be a dangerous profession. There is more that can be done to limit the number of accidents occurring.

“We must all continue to work together to drive behavioural change so that safe working practices are followed at all times.”

Last year in Ireland, figures show that fatalities in agriculture were down by 40%, with 18 deaths reported compared to 30 in 2014, four of which were child fatalities.

Pat Griffin, Senior Inspector with the HSA, said that these are not just statistics.

Behind each story is a grieving family, a community in shock, and a farm that needs to continue being farmed no matter what has happened.

“This year, Farm Safety Week is focusing on the power of the positive. We know that we need to engage with farmers of all ages to make farms safer places to work and live.

“We’re encouraging everyone in the industry to become farm safety champions.”

Themed help and advice will be placed online each day of the fourth annual Farm Safety Week and the five daily themes are falls, machinery, livestock, transport, and children on farms.

The Farm Safety Week campaign today focuses on falls, which caused of one-fifth of fatal accidents on Irish farms in 2015.

Even the most safety-conscious farmers can experience the effects of a serious injury as we learn from Dermot Hogan, a young farmer from Co. Offaly.

In a recent series of video clips entitled ‘What’s left behind’, developed by Embrace FARM (a support network in Ireland for those affected by fatal and serious accidents), Dermot’s tragic farm accident is described.

Dermot was killed when he fell a relatively short distance through the roof of a shed he was painting and suffered serious head injuries.

The 45-year-old father-of-three was painting the shed at his farm when he fell through a perspex roof light and suffered fatal head injuries. His wife raised the alarm and contacted emergency services who rushed to the scene. Paramedics worked to save him but sadly he was later pronounced dead.

According to his brother Eugene, a respected journalist who was involved in developing the video clip to warn others said, “What happened to Dermot didn’t just take his life…it took away a bit of the rest of us.”

This case reinforces that fact that farm workers of any age run the risk of injury or death from falls. 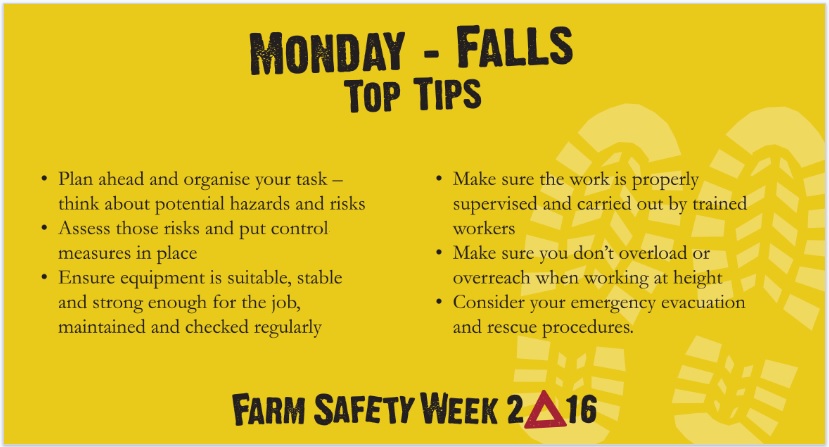