‘Expecting farmers to take €3.45/kg at the factory gate is not sustainable’ 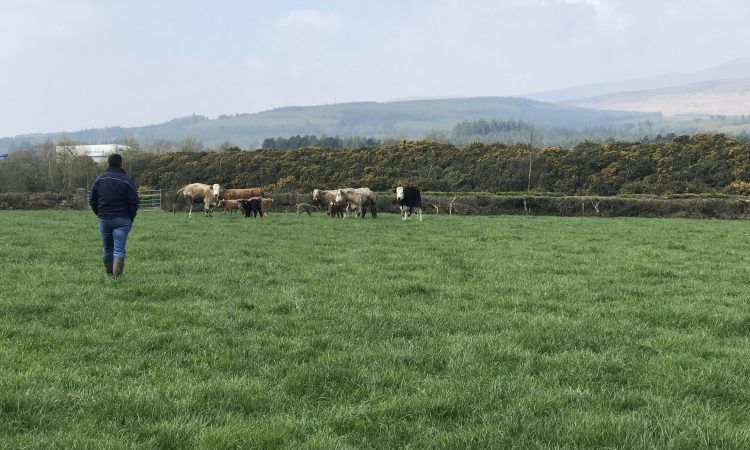 Expecting farmers to take €3.45/kg at the factory gate is not sustainable. Currently, there is an over-supply of beef on the European market, and the elimination of the dairy quotas has increased the number of calves born every year – of a lesser or poorer quality than what would be coming off the standard suckler cow herd.

This is according to Fianna Fáil’s deputy Timmy Dooley who spoke to AgriLand recently about the domestic crisis in the beef sector from his native Co. Clare.

And, while admitting there “is a problem”, Dooley also pointed to the fact that “over-supply is depressing prices”.

“Factories are able to get a supply of cattle – maybe not great quality – but they are getting them – from those dairy herds and that is depressing the market,” he continued.

It is no longer viable for the suckler farmer because of the costs associated with that enterprise; expecting farmers to take €3.45/kg at the factory gate is not sustainable.

“While dairying is driving ahead, unfortunately the suckler and beef side of things is under enormous pressure.”

Dolley says that as a country “we are going to have to come up with imaginative ideas to sustain the trade”.

It is an important and vital part of the rural fabric of this country.

He added: “The fact of the matter is that not every landholding is suitable to dairying – the suckler cow is far more adaptable to poorer quality land.

“Then, there are better tracts of land for the raising and finishing of beef but certainly at the moment it is a very worrying time for beef farmers.”

Meanwhile, Co. Clare’s Irish Farmers’ Association (IFA) chairman Willie Hanrahan says that aside from the beef crisis, farming – in general – “is taking a huge hit at the moment”.

Hanrahan runs a dairy farm in partnership with is son outside Doonbeg.

He points to Brexit as one of the main causes of the difficulties in the farming sector here.

Farming is taking a huge hit at the moment as well – it’s the uncertainty caused by Brexit and the lack of confidence that is out there in relation to markets.

He continued: “There is no confidence in anything at the moment.

“A no-deal Brexit could be very, very serious and people are aware of that fact now.”