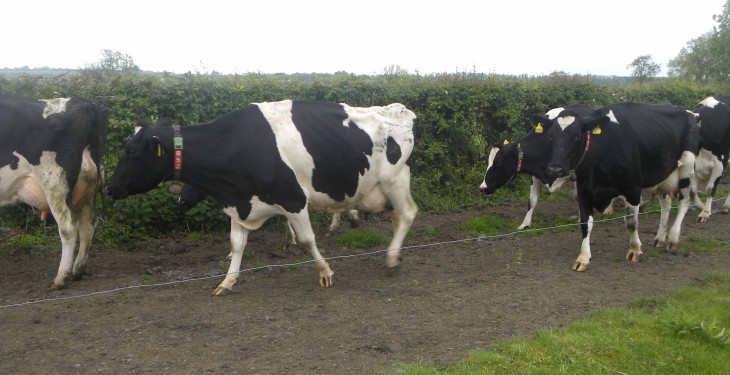 The Irish dairy herd has undergone major expansion since the abolition of quotas in 2015, with cow numbers increasing by 165,000 head between December 2014 and December 2016.

The almost 15% increase in dairy cow numbers has had an impact on the volume of milk produced on Irish farms, but it is also having implications on the beef production chain.

The most recent figures from the Department of Agriculture’s beef kill database show that some 105,036 cows have been slaughtered in Ireland so far this year (up to the week ending April 23) – a jump of 11,880 head on 2016 levels.

This figure represents both beef and dairy animals – but the latter makes up the larger portion of the pie.

Cow slaughterings have now accounted for 20.4% of the total beef kill this year, which is higher than the corresponding periods in 2016 and 2015.

Official figures show that cow slaughterings peaked during the month of February at 29,378 head. This was just slightly above the 29,329 slaughtered in March.

Nearly 25,000 cows were slaughtered during the month of January, which puts the weekly cow kill average for the first three months of the year at 6,647 head/week.

An additional 18,620 cows were also slaughtered during the first three weeks of April. This brings the average weekly cow kill for the year to date to 6,565 head/week.

Despite the increase in throughput, cow factory prices have remained relatively stable this year.

Last week factory buyers were offering 350-360c/kg for R-grade cows, but prices of 5-10c/kg higher were paid for top-quality animals.