Some farmers, especially those with large numbers of in-spec stock, have been receiving prices 5-10c/kg above the base.

At the upper end of the scale, this brings some heifers to 420-425c/kg – but the numbers slaughtered at these prices are relatively low in the grand scheme of things.

Like the prime kill, cow prices have also remained relatively unchanged from last week and most buyers are offering 350-360c/kg for R-grade and 330c/kg for O-grade animals.

These prices were up by 4.19c/kg and 2.55c/kg respectively on the week before.

Meanwhile, farmers were paid an average price of 346c/kg (up 9.59c/kg) for 0=3= cows last week, and U=2+ young bull prices climbed by 5.69c/kg to reach an average of 406c/kg. Launch Agriland’s Beef Price Toolkit for an closer look at last week’s prices

Some 28,990 cattle were slaughtered in Department of Agriculture approved beef plants last week – a drop of 1,172 head or 3.9% on the week before.

However, last week’s bank holiday Monday did have an impact on the numbers brought forward for slaughter.

Some 2,823 young bulls were slaughtered in approved export plants last week. This is a drop of 326 head or 10.4% on the week before.

Aged bull and steer throughput also declined by 10.1% and 4% respectively, when compared to the week before. Heifer numbers were back by 4.8% or 415 head.

Cumulative beef supplies up in 2017

Figures from the Department of Agriculture’s beef kill database also show that an additional 10,295 head (+2%) of cattle have been slaughtered in Irish plants so far this year (compared to 2016 levels).

An increase in cow slaughterings is largely to blame for this increase, as an additional 11,880 cows have been slaughtered this year compared to last. 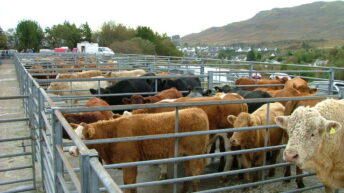