Evan McDonnell from Co. Carlow has been named as the 2019 Malting Barley Grower of the Year by Boortmalt and Diageo.

The malting barley grower of the year cup has been awarded every year since 1954 and was presented today, November 27, at the Guinness Storehouse in Dublin.

Commenting on his win, Evan McDonnell said: “It’s a great honour to win this title and I join a list of talented and skilled farmers who have held the Guinness Perpetual Cup since 1954.

I’m delighted that this title is coming to Co. Carlow this year. My winning formula for success is that early sowing is important and after that a lot is dependent on the weather.

Aidan stated that “having consistently great beer” has to start with “great raw material” which Diageo get from Irish growers. He also noted that Diageo makes “no apologies” for setting very high standards. 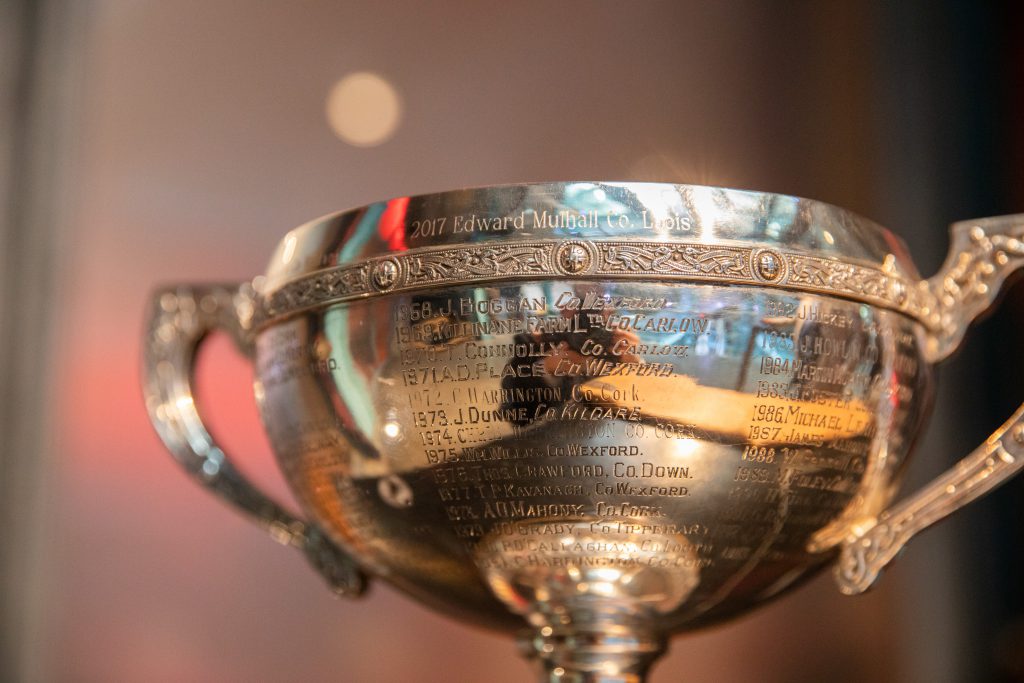 He continued on to say that it is essential to have “a sustainable malting barley supply chain” and that it is really important to recognise the growers who provide Diageo with outstanding barley every year.

Advertisement
He also acknowledged the lengths that farmers go to provide outstanding barley and stated that the harvest this year provided challenges with weather; and also noted that despite the incident at Boortmalt’s site before the harvest started barley continued to flow into St. James Gate and beer continued to flow out.

Committed to the Irish market

Charles Tozer of Boortmalt stated that he was pleased to have recently implemented a price mechanism for Irish growers which is linked to European malting barley prices and offers a premium to growers.

He noted that the economic and environmental climate will continue to be a challenge and that Boortmalt has “enormous respect for the farming community” and added that the “investment in Athy is a demonstration of our commitment to the Irish market”.

Charles stated that the expansion of the Athy plant is on track to finish in January and the plant should be back to full production in the spring time. At that point the plant will cater for 180,000t of Irish barley.

The regional malting barley award winners were as follows:

Irish farmers will deliver the barley

Mark Browne spoke on behalf of the Irish Farmers’ Association’s Malting Barley Committee. He stated: “It’s very important to recognise what the growers do to deliver such a high-quality crop.

He stated: “We will always be a bit awkward about price.” Browne also stated that he did not agree with Boortmalt that the premium offered for the product was “significant”.

“We’re delighted to see the expansion being finished off. This gives us confidence and we know we will deliver more grain. We continue to welcome Diageo’s commitment to Irish barley and we will continue to deliver that high-quality barley,” Mark added.

Still no solution to figures mix up...is the cereal area up or down?