‘The company involved should see the bigger picture’ – Creed on injunctions

Commenting on the two remaining injunctions, the Minister for Agriculture, Food and the Marine, Michael Creed, has said: “The company involved should see the bigger picture.”

Speaking in the Dáil chamber today, Wednesday, November 27, Minister Creed stressed that removing the injunctions “is part of the resolution to the toxic nature of the relationship that currently exists”.

“We need to start building bridges and reach out and move outside our comfort zones to get this round table up and running and all parties have co-operated.

Minister Creed was speaking about the injunctions remaining over two men from Longford who were protesting at the C & D site in Edgeworthstown, Co. Longford during the series of beef protests last September.

“I share the wish of the house that the beef taskforce would convene at the earliest possible date.”

Minister Creed explained that both the Department of Agriculture and the independent chairperson have been “endeavouring” to progress the matters that were previously agreed during the beef talks. He stressed that this is happening “even in the absence of the taskforce meeting in plenary session”. 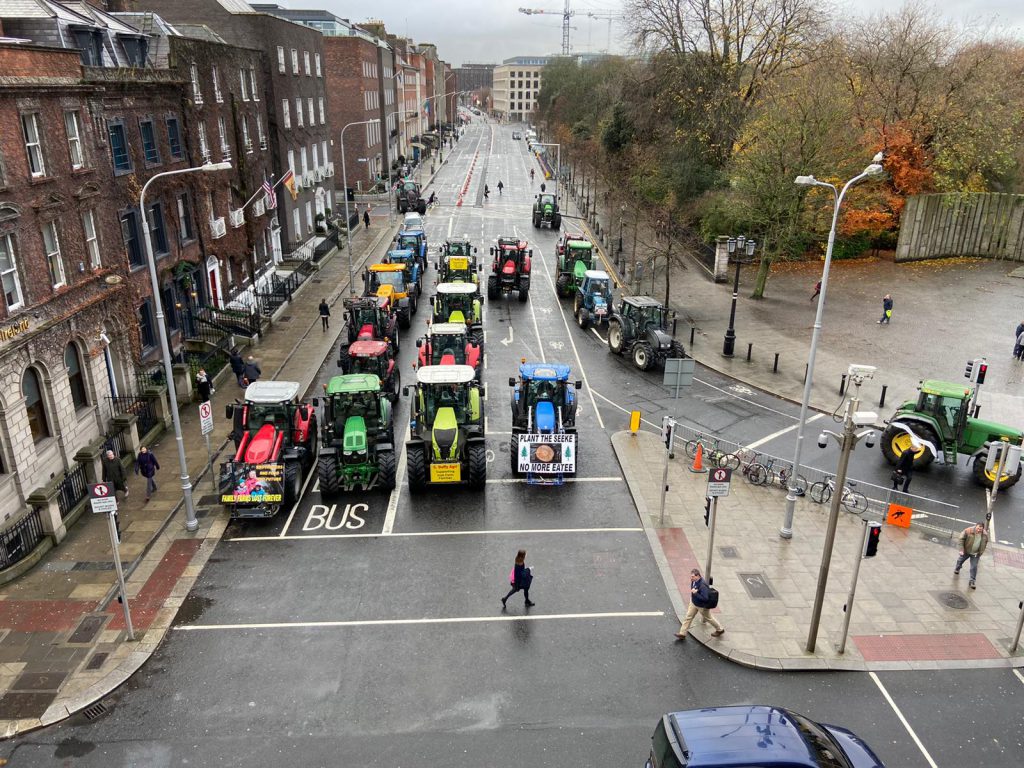 The minister emphasised that he “wished” the environment was in place “where that taskforce could convene”.

There are many issues that are making that difficult, but the injunctions is a significant impediment.

“I’ve made the point previously and I’ll say it again: I wish those injunctions were dealt with and that we could create the environment that would help to create that.”

Minister Creed was also asked to clarify comments he made in the Dáil chamber yesterday surrounding alleged “death threats” that were made to C & D staff.

Minister Creed explained: “I attended a meeting – in the presence of the Minister for Justice – with Meat Industry Ireland (MII).

“At the meeting, issues relating to threats that have been directed at management in the C & D Foods were raised directly with us and the nature of those threats is as I outlined in the Dáil yesterday.

The details against who they were made was given to my department, which was conveyed to the Minister for Justice, who spoke to the individual concerned and confirmed that it was the case.

Concluding, Minister Creed clarified: “I have never made the allegation that it is in anyway those who protested, or those who were injuncted, that were involved in that process – but that is a further complication.”