The European Parliament is to vote on EU climate targets for 2030 this evening (Tuesday, October 6).

According to Reuters, “lawmakers in the European Parliament expect a tight vote, with support splintered over the bloc’s green ambitions”.

The parliament says that to achieve climate neutrality by 2050, the EU needs to agree on a more ambitious 2030 emissions reduction target, MEPs say, prior to the vote.

In their draft report, MEPs call for emissions to be reduced by 60% in 2030 compared to 1990. They insist that both the EU and all member states individually “must become climate-neutral by 2050”.

Following the European Council decision in 2019 to endorse the 2050 climate-neutrality objective, the commission in March 2020 proposed the EU climate law that would make it a legal requirement for the EU to become climate-neutral by 2050.

On September 17, the commission amended the proposal to incorporate a new 2030 emissions reduction target.

‘We’re seeing all the evidence of climate change’

MEP for Ireland South Grace O’Sullivan told EuroParlRadio that the Green’s are looking for a target of a 65% reduction in greenhouse gas emissions.

“We’ve based that on science. If our amendment falls, then it goes to 60%, and that is the amendment that is supported by the environmental committee in the European Parliament,” she said.

In worst case scenario, for someone like me who has campaigned for years and years on climate change, we fall to 55% and that is what the European Commission is proposing.

“People see it as ambitious and in my mind it’s not ambitious enough. I think all sectors are recognising that – they recognise that we must make serious change if we’re going to make this planet liveable for humans.

“We’re seeing all of the evidence of climate change around the globe so if we don’t take action it’s going to be game over and I don’t think it’s worth that risk.” 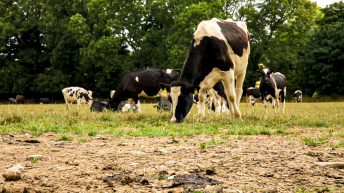