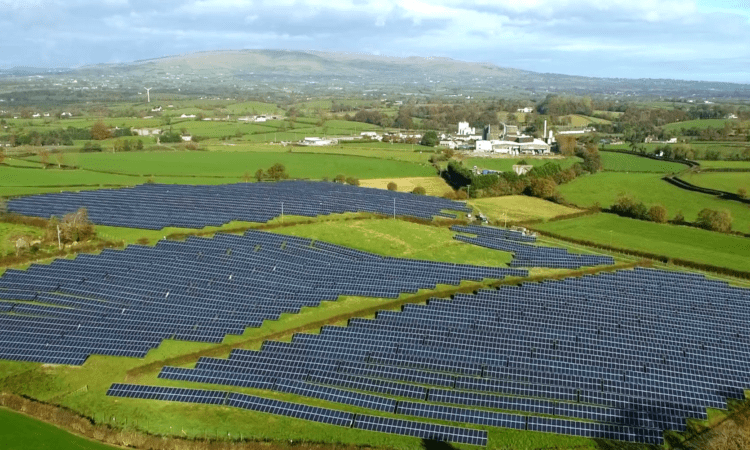 Co. Kildare is to become the location for Ireland’s first commercial solar farm.

Two sites in Naas and Hortland have received planning permission after an application to Kildare County Council.

The solar farms will be built by BNRG Renewables, an Irish firm based in Co. Dublin. The development at Hortland will consist of a ground-mounted solar photovoltaic farm to generate renewable electricity on a 13.6ha site. The farm in Naas will have a total site area of 7.79ha.

Minister for Climate Action, Communication Networks and Transport Eamon Ryan told AgriLand that this will be “very beneficial for the country in many ways”.

“We’ll have to see how it works because we’re only starting, but it’s [solar] up off the land so you still have potential grazing and it doesn’t disturb the land, there’s no emissions or pollution, it is something we can integrate into a landscape – but we have to do it sensitively and we need community ownership.”