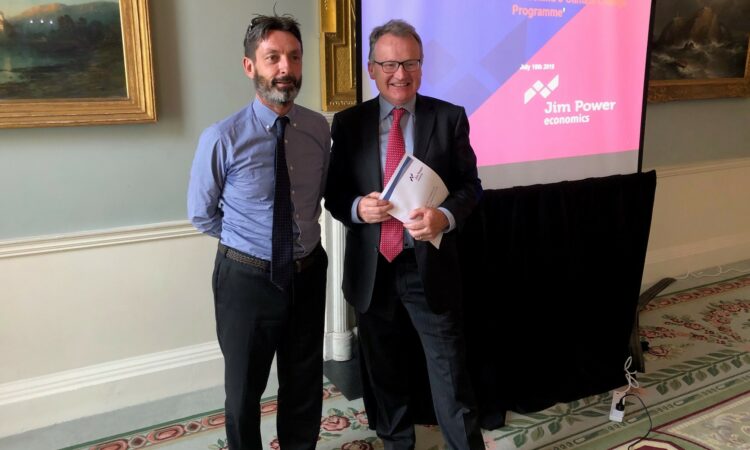 The production of fuel ethanol in Europe is sustainable and uses a small amount of land. It does not cause deforestation and virtually all crops used to produce EU ethanol are grown sustainability in Europe – they are not, therefore, responsible for diverting land away from food production or for deforestation.

These were the sentiments expressed by economist Jim Power during the launch of his new report: ‘The Role of Ethanol in Ireland’s Climate Action Programme’ which was commissioned by Ethanol Europe.

The company is focused on a new awareness campaign that is concentrating on the utilisation of ethanol production as a climate solution.

One of the focus areas of the report was to examine the impact of ethanol on food production and the environment.

Power, meanwhile, pointed to Ireland’s international climate obligations – reduce greenhouse gas (GHG) emissions by 20% relative to 2005 levels for areas outside of electricity and to achieve a 16% renewable energy share of gross energy consumption by 2020.

A source of market stabilisation

Power told those gathered at this week’s event that crops were used to produce ethanol and animal feed – and they captured CO2.

The use of crops for ethanol provides a product diversification strategy for farmers and helps to protect them from the vagaries of farm price volatility.

He continued: “The effect of ethanol production from domestic EU crops is simply to slow down the rate with which Europe’s farmed land area is decreasing.

“World-wide commodity crops are experiencing a period of long-term low price and surplus with many EU farmers unable to make a living from tillage farming.

Power went on then to discuss palm oil and how its negative effects do not impact upon ethanol.

Palm oil from south-east Asia is used to produce bio-diesel but not renewable ethanol.

He added: “Consequently, analysis of the negative effects of palm oil should not be confused with the growing of sustainable crops to produce ethanol.

“Every tonne of grain used by the EU ethanol industry produces as much high-protein animal food as it does greenhouse gas, reducing fuel.

“Ethanol production in the EU and the animal feed by-product helps offset the heavy EU reliance on imported soy protein for animal feed use.”

Meanwhile, those gathered for the launch of the report heard Power point to the production of ethanol – a fuel he also describes as “a clean, high performance, renewable fuel that works in most modern cars and in certain trucks”.

He highlighted the fact that it was derived from the starch and sugar in grain, beet and cane crops.

There is an abundance of starch and sugar at a global level which suggests that ethanol production from crops is not affecting the supply of sugar and starch.

He continued: “Furthermore – once the ethanol has been produced – the protein, oils and fibre from the crops are returned to the farm in the form of animal feed for livestock, thereby going back into, and contributing positively to, the food chain.”

Separately, the graph below shows the recent trend in cereal farming in Ireland.

Power, meanwhile, argues that between 2008 and 2018 there has been a decline of 19% in area farmed for cereal production.

Farmland is being taken out of tillage production all over Europe and, yet despite this, the tillage output is actually increasing, reflecting higher productivity.

He continued: “Europe can comfortably and sustainably supply all the ethanol it needs both now and into the future – European farmers will benefit from the market demand created by ethanol production and the consumer will not suffer through higher prices.

In the past, ethanol has been blamed for food price inflation but there is no evidence to back this up.

“Since 2008, EU bio-fuels production increased by 68% but global food prices actually declined by 20%.

“The EU Commission shows that EU bio-fuels policy has not led to negative impacts on food prices nor is it expected to.” 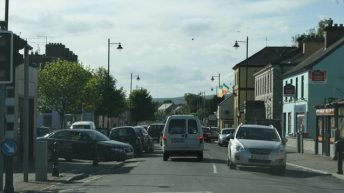