EU proposals to help farmers include 70% advance on direct payments 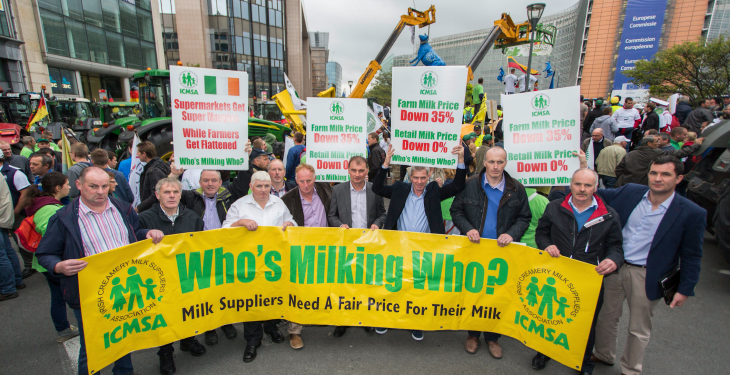 The measures announced by the European Commission to help farmers include the facility for Member States to advance up to 70% of direct payments, including voluntary coupled support and young farmers’ payments.

The measures, which were announced at the extraordinary Council of Agriculture Ministers by the European Commission Vice-President Jyrki Katainen also allow for 85% of area-based rural development payments can be made from October 16.

According to Katainen, this is a major progress compared to the current rules, which allow Member States to advance up to 50% of Direct Payments and 75% of Rural Development aid to farmers in each state.

As part of the announcement, he announced measures designed to help stabilise markets:

He said that for Skimmed Milk Powder in particular, the intention is to provide an enhanced scheme that focuses on higher aid levels as well as on ways to ensure that the product is stored for the appropriate time to make the scheme even more effective in alleviating pressure on the supply side.

The lessons learned from previous schemes will be applied to ensure the effectiveness of this new scheme, which will run in parallel with the scheme that was recently extended.

In an effort to address the current market imbalance, it is also proposed to increase the promotion budget for 2016.

He said that this will be in addition to the €81m already provided for under the reformed promotion policy.

Thirdly, the response proposed is designed to address the functioning of the supply chain, by establishing a new, dedicated High Level Group to focus on a number of specific and clearly defined issues.

This includes credit for farmers and financial and risk hedging instruments such as futures markets for agricultural products.

Possible improvements for farmers in the supply chain will form part of the remit, including whether to legislate for specific agricultural products under the Common Markets Organisations; promoting full use of the milk package and similar Common Market Organisation provisions by organising exchange of best practices between Member States, producer organisations etc.