EU has ‘sold out’ Irish and European Farmers – IFA 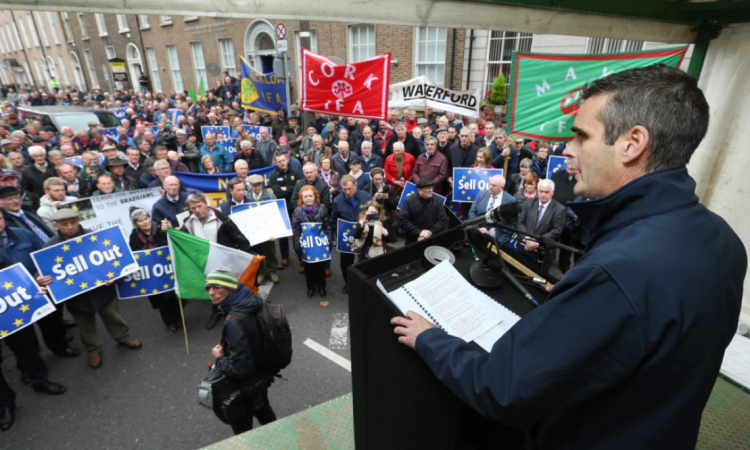 The EU team of negotiators behind the Mercosur deal have “sold out” Irish and European farmers, according to Joe Healy, president of the Irish Farmers’ Association (IFA).

The deal was announced this evening, Friday, June 28, and will, as confirmed by European Commissioner Phil Hogan, include an additional 99,000t on the tariff quota for beef.

Healy called on Taoiseach Leo Varadker to “make it clear that Ireland will not ratify this deal”.

“When [Commissioner Hogan] looks back on his five-year term, he will have to consider this commission sell-out as a low point. The ‘turning a blind eye’ approach to double standards and environmental degradation in Brazil is indefensible,” Healy stated.

He added: “It makes an utter mockery of the pledge that this EU Commission signed when it took up office in 2014 to uphold EU legislation.”

The IFA president continued: “This deal represents a backroom deal with big business and kowtows to the likes of Mercedes and BMW in their drive to get cars into South America. It is a disgraceful and feeble sell-out of a large part of our most valuable beef market to Latin American ranchers and factory farm units.

Irish and European farmers adhere to the highest standards on traceability, animal welfare, food safety and the environment. Farmers in Brazil do not. Yet our Government and the EU Commission waved the white flag and disregarded what consumers expect from their farmers.

Meanwhile, Angus Woods, the IFA’s national livestock chairperson, highlighted the importance of the beef sector, saying it was more important here than in other EU member states.