Beef and veal imports into the EU for the first half of this year have decreased slightly compared to the same period last year – but the share of this coming from the Mercosur trading block has marginally risen.

Three of the Mercosur members – Brazil, Argentina and Uruguay – were the top three sources of EU beef and veal imports for the first six months of 2019, together accounting for 78.5% of the 158,004t imported in that time period.

According to statistics released by the European Commission, the total import figure for January to June of last year was 163,946t, of which these three countries accounted for 77%.

The amount imported from those three countries for January to June 2019 stands as follows:

These figures equate to an individual share percentage of 40.7% for Brazil, 22.5% for Argentina and 15.2% for Uruguay.

In terms of the value of these imports, the total value stands at €868 million for the year so far, of which €613 million was contributed by the same three countries.

The figures have been released at a time when the Amazon rainforest is being engulfed in fires, with international organisations and world leaders laying the blame on the practice in Brazil of burning away forestry to make room for cattle ranching.

Last week, the president of Brazil, Jair Bolsonaro – who has frequently been criticised for his record on climate change – decided to ban this practice for 60 days.

According to RTÉ, burning for some approved agricultural and forestry practices may be allowed to continue.

Responding to the fires last week, Taoiseach Leo Varadkar appeared to rule out Ireland ratifying the trade agreement between the EU and Mercosur if the country didn’t meet its environmental commitments.

The Taoiseach highlighted that “this year has seen record levels of destruction of Amazonian forests by fire”.

“There is no way we can tell Irish and European farmers to use fewer pesticides, less fertiliser, embrace biodiversity and plant more of their land and expect them to do it, if we do not make trade deals contingent on decent environmental, labour and product standards,” he added. 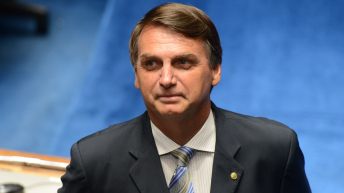