The Government has made over €850,000 available for research into brewing and distilling, a move that has been welcomed by Drinks Ireland.

The funding, which is being paid out by the Department of Agriculture, Food and the Marine, and amounts to exactly €856,746, is being made available for a new research project in collaboration between Teagasc, Technological University Dublin (TU Dublin), University College Cork (UCC) and Institute of Technology Carlow (IT Carlow).

Drinks Ireland, the body that represents drinks manufacturers and suppliers, said that the four-year research project aims to “develop the knowledge to produce and effectively utilise natively grown cereals, principally wheat but also rye and spelt, in the Irish drinks industry”.

It is hoped that the results of the project will “underpin greater utilisation” of Irish-produced grain in the drinks sector here, as well finding higher value in end use for the waste streams from the brewing and distilling sector.

Patricia Callan, director of Drinks Ireland, said: “Ireland’s drinks industry has the ambition to become a world leader in innovation and sustainability, and access to cutting-edge research is critical to achieving this goal.

“This will require Government, academia and industry all working together,” Callan added.

This funding announcement by Government represents a major step forward, strengthening our ambition to utilise as many inputs as possible from Irish farmers.

“We wish to congratulate Teagasc, TU Dublin, UCC and IT Carlow on their leadership and foresight in putting together their brewing and distilling research network, and we wish to thank Minister Michael Creed for his support for this initiative,” Callan concluded. 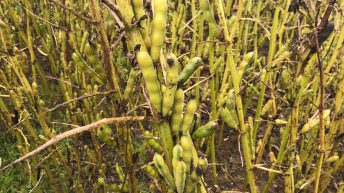