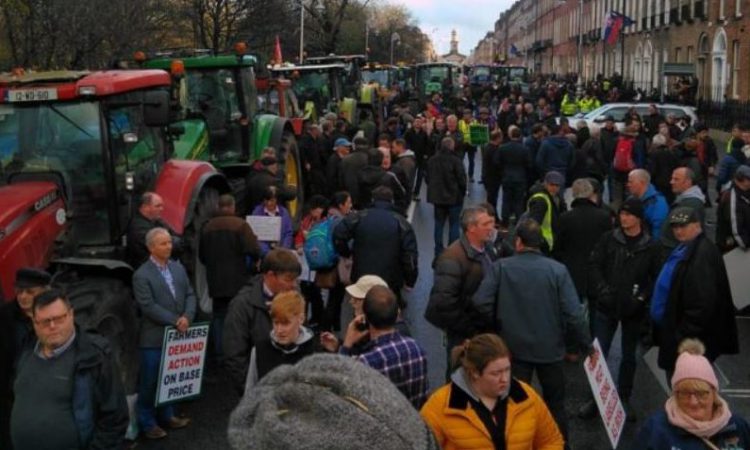 Gardaí have said they are aware of a potential protest in Dublin city centre tomorrow morning, Tuesday, December 17, amid speculation of another tractor protest in the capital.

In a statement to AgriLand tonight, Monday, December 16, the Gardaí said: “An Garda Síochána is aware of a potential protest that may take place tomorrow morning, Tuesday December 17, 2019, in Dublin city centre.”

The statement added that no further information is available at this time.

Although the Gardaí did not make a reference to tractors, it is understood that a renewed tractor protest is being planned for tomorrow.

It is unclear which group, if any, is organising this protest. Likewise, the amount of tractors or protesters that could potentially be involved is unknown at the present time.

If it goes ahead, it would be the second such protest in Dublin in less than a month.

At the end of last month, on November 26, some 60 to 80 tractors, and several hundred protesters, descended on Merrion Square, at the back of Leinster House.

No farm organisation was involved in planning that protest, which remained in place for around 24 hours.

The protesters took the action last month in a bid to highlight a number of issues, including beef prices, carbon tax, the delay in convening the Beef Market Taskforce, and outstanding injunctions against individuals stemming from the summer’s beef factory gate protests.

Since then, the Beef Market Taskforce has met – with another meeting planned for early January – and the injunctions concerned have been lifted.

Retailer presence at taskforce: Each of the big 5 ‘must fully engage’