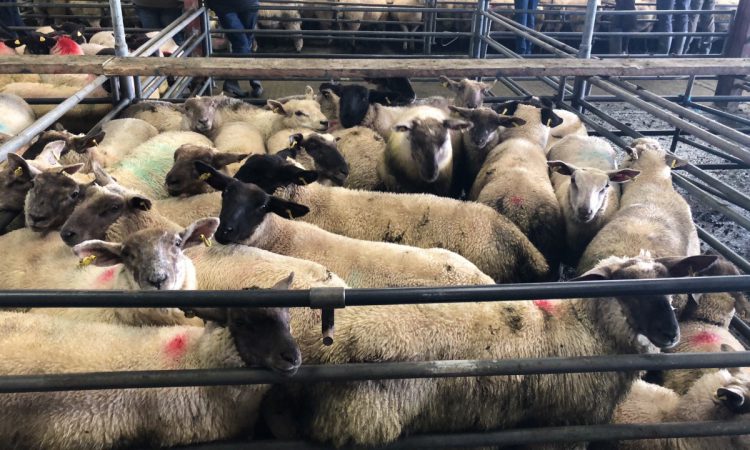 Mart managers across the country have reported an increase in demand for store lambs, with plenty of customers for these lots.

There continues to be a strong demand for butcher and factory-fit lambs, with prices for these lots ranging from €100/head up to €120/head for lambs weighing between 45kg and 60kg.

Over the past number of weeks, store lamb prices have increased by as much €10.00-12.00/head. Furthermore, the same can be said for butcher and factory-fit lambs, with factory agents and farmers paying €8.00-15.00/head more since base quotes started to increase in meat processing facilities.

There has been no change in the cull ewe section, with prices of up to €120/head being achieved for heavy ewes. Feeding ewes are a steady trade, with prices ranging from €45/head up to €80/head.

There was a big sale of factory-fit and store lambs, with a strong demand for all classes of sheep, according to the mart manager, Tom Coleman.

Prices were similar to last week, with a top price of €117/head for three lambs weighing 55kg.

In the store lamb section, the top price on the day was €98/head for 17 lambs weighing 42kg.

Furthermore, cull ewes were a good trade, with prices ranging from €60/head up to €93/head.

There was a smaller entry of sheep on offer at Roscommon Mart on Wednesday last, December 11.

There was a good demand for factory-fit lambs and cast ewes, according to the mart manager, Maura Quigley.

A top price of €115/head was achieved on the day for a pen of factory-fit lambs weighing 56kg.

Raphoe Mart held its weekly sheep sale on Monday, December 9. There was a large entry of quality sheep, according to the mart manager, Anne Harkin.

There was a good trade for all classes of sheep, with a top price of €118/head achieved for lambs weighing 60kg.

There was a strong entry of over 1,000 sheep on offer at Dowra Mart on Friday last, December 13.

There was a good trade for all classes of sheep, especially for well-fleshed lambs, with a top price of €124/head for a pen of ewe lambs, according to the mart manager, Patsy Smyth.

Some 3,021 sheep were on offer at Carnew Mart on Thursday last, December 12. There was a strong demand for lambs, with a full clearance reported.

A strong demand for store lambs led to an improved trade, according to the mart manager, David Quinn. 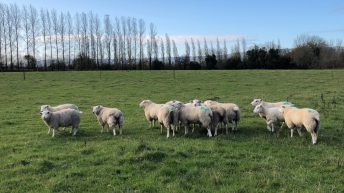