The move comes after local residents lost their right to appeal a High Court decision to the Supreme Court on Tuesday, July 10, in an attempt to put a halt to the build.

Approval for the 3,110m runway was granted by An Bord Pleanala in 2007; however, the downturn in the Irish economy meant that funds were no longer available to go ahead with the build.

In a statement released by the Dublin Airport Authority (daa) it was insisted that the need to progress the project has become top priority in light of recent figures.

According to the daa, passenger numbers at Dublin Airport increased by 6% to a record 29.6 million in the year 2017 with passenger traffic increasing by 55% over the past five years.

However, local residents do not believe that they should give up their homes and their livelihoods to accommodate Irish holidaymakers.

Jim Scully, the spokesperson for the protest group, and his family live approximately 1.5km away from the existing runway – but if the current runway proposals go ahead this figure will diminish to 0.5km. 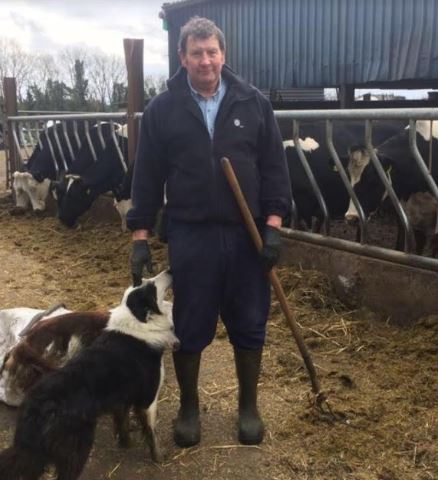 Scully’s 225ac dairy farm consists of 75ac of owned land and the rest had been previously rented from the daa.

Over the past two years this rent agreement has fallen apart due to disagreements between both parties, forcing the Scully family to relocate its leased land, which consisted of over 120ac.

This is the end of legal procedures for us; the legal challenge was more about getting the daa to come to the negotiation table – the specifics of it were not the most important part, it was just to get the daa to talk.

Local residents had objected to planning permission when it first came to light in 2007. However, they were overruled by An Bord Planala and the daa was granted permission under a number of conditions.

“One of those conditions being that no night lights were going to be installed,” according to Scully.

“The daa is lobbying every politician in the place to try and get the night light policy overturned.”

“The daa offered 30% above the value of your home, with no negotiation.

The daa must recognise that it is more than just the value of a house that we need. Our farms will become unviable.

“The livelihoods of the local residents must be taken into account,” Scully urged.

“My daughter and brother will no longer have jobs if this goes ahead.”

Approximately 20 families have been directly affected by the buy-out scheme, with others advised to “insulate their homes” against noise level increases.

Residents in the area had previously organised a third-party consultant to speak with the daa. According to Scully the authority “wouldn’t entertain him at all”.

“We have been left with no other alternative but to protest against the splitting up of our farms,” said Scully.

The protest will take place today – Thursday, July 12 – between the hours of 3:00pm and 7:00pm, at an information meeting being held by the daa at St. Margaret’s GAA club.

King of the hill: 'Dairy is the only sustainable sector'