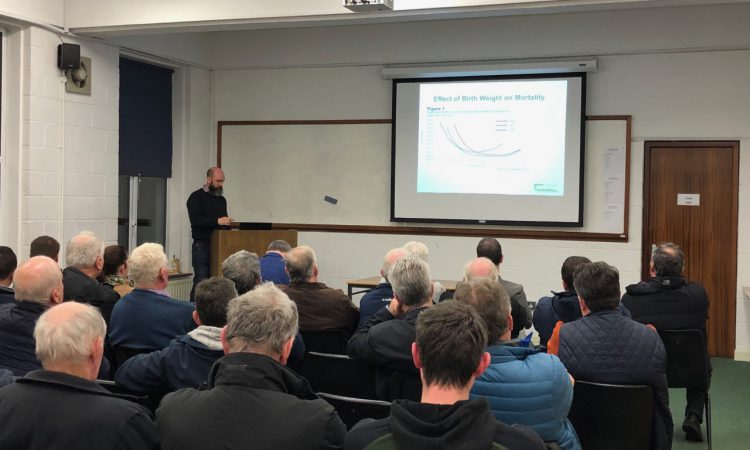 He was one of three speakers on the night, which included, Tom Coll of Teagasc and Kevin Kinsella of the Irish Farmers’ Association (IFA).

The three main topics covered on the night included:

Condon spoke in front of a large audience at the Teagasc Office in Manorhamilton, Co. Leitrim.

He said: “It is important farmers put their hands on their ewes to determine what body condition score (BCS) they are in.

“In an ideal world, we would like the lowland ewes lambing down with a BCS of 3.0 and the hill ewes around 2.5.

“Anything below this and we are running into problems such as: ewes with poor bags of milk; twin lamb disease; and possibly abortion.

“Furthermore, if ewes are in poor condition come lambing time it runs the risk of reduced lamb birth weight and increased mortality.”

According to Teagasc, for every 0.5kg increase in birth weight results in an extra 1.7kg at weaning.

He added: “85% of foetal growth occurs in the final 10 weeks before lambing. Therefore, it is vital ewes are fed good-quality silage of at least 70% dry matter digestibility (DMD) and supplemented with high-quality ration.

“Moreover, it is important ewes are fed DUP in the final weeks of pregnancy.

“DUP is essential for the production of colostrum. Therefore, it is important to feed ewes soya bean which is a very good source of DUP.

“If ewes are in good condition come lambing time, we can reduce the likelihood of twin lamb disease from occurring. However, it is important to not overfeed, as you are running the risk of ewes prolapsing,” Condon concluded. 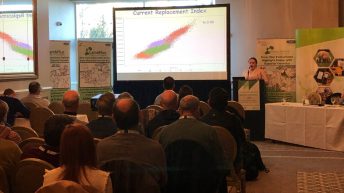 ‘How many lambs are too many?’ – Sheep Ireland conference