Residents in rural Co. Waterford feel efforts were made by a renewable energy company to divide and conquer their community after it attempted to develop a wind farm there. They also say that wind farms are destroying people’s lives in Ireland.

One resident has also highlighted that wind energy is not enough to combat climate change and that, in terms of reducing carbon emissions in this country, the biggest asset will be the bogs of Ireland – when they are restored to their original state – “and before the guts were ripped out of them”.

Residents in Knockanore – in the north of the county – formed a committee last year after it emerged that Innogy Renewables had placed a wind monitoring mast in the nearby Coolbeggan Woods – the first indication to some homeowners in the area that a wind farm was en route.

Chairman of the Blackwater Valley Wind Aware group, Paddy Massey, told AgriLand that the company treated people in the area in a “flippant and disrespectful manner”.

“As a direct result of the way in which company representatives treated people a man by the name of John Aston showed up here last August,” he continued.

“He owns a company called Aston Eco Management and is the guy that comes in usually when a company has messed up in how they engage with the community – he comes along then and tries to build bridges and mend things. 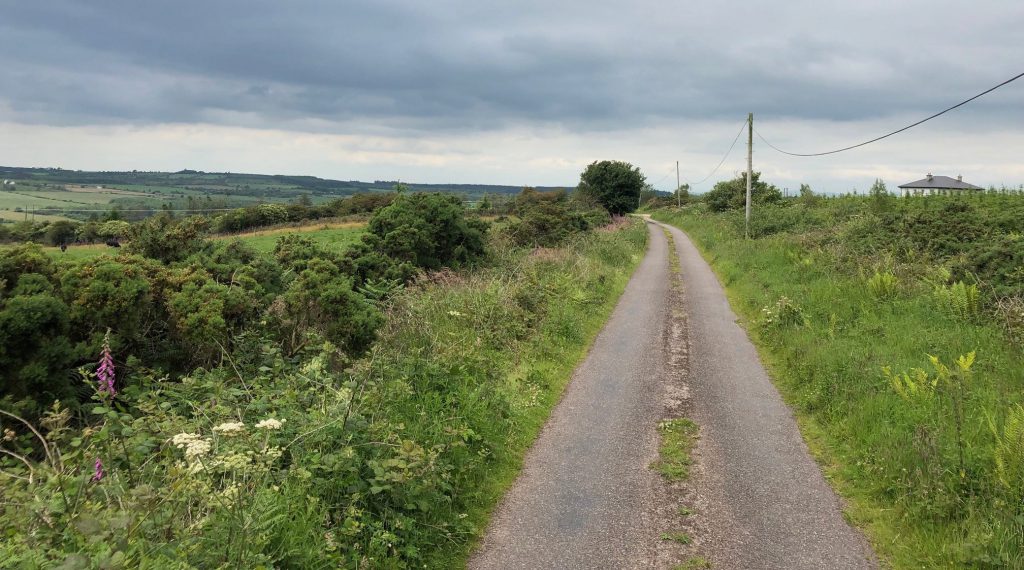 The landscape in Co. Waterford where the proposed wind farm will be developed

“He visited people in our community and tried to reassure everyone.”

Massey went on to say that towards the end of November and following on from Aston’s visit to the area, Innogy sent out a circular where it had put a number of questions and answers together on the matter ‘for the benefit of the community’.

It was utter rubbish the way the company has engaged and is engaging is so flippant; the disregard and the ignorance it is treating people with is absolutely shocking.

The local chairman continued: “All through last year we asked them where they were with planning in respect of the matter. Every time we asked we were told they were going in January; then it was early spring; then late spring; then it was summer; and late summer. Here we are…still nothing and we have no idea what they are doing; they won’t tell us what they are doing.”

Meanwhile, at the end of April this year the Knockanore community came out in force to attend a public meeting about the wind farm development. Over 335 people were in attendance.

Massey says that just two people in the whole community supported the development at that stage. He also pointed to the fact that Innogy representatives had started knocking on people’s doors in the evening time endeavouring to the discuss the wind farm development further.

Massey also highlighted the fact that letters from the company were subsequently discovered under rocks in gardens and stuck in hedges.

Innogy tried to divide and conquer our community – there are 274 homes within a 2.5km radius of the wind farm with just under 1,000 people.

He continued: “This company cannot be honest or upfront with any of us because they are about to destroy people’s lives. 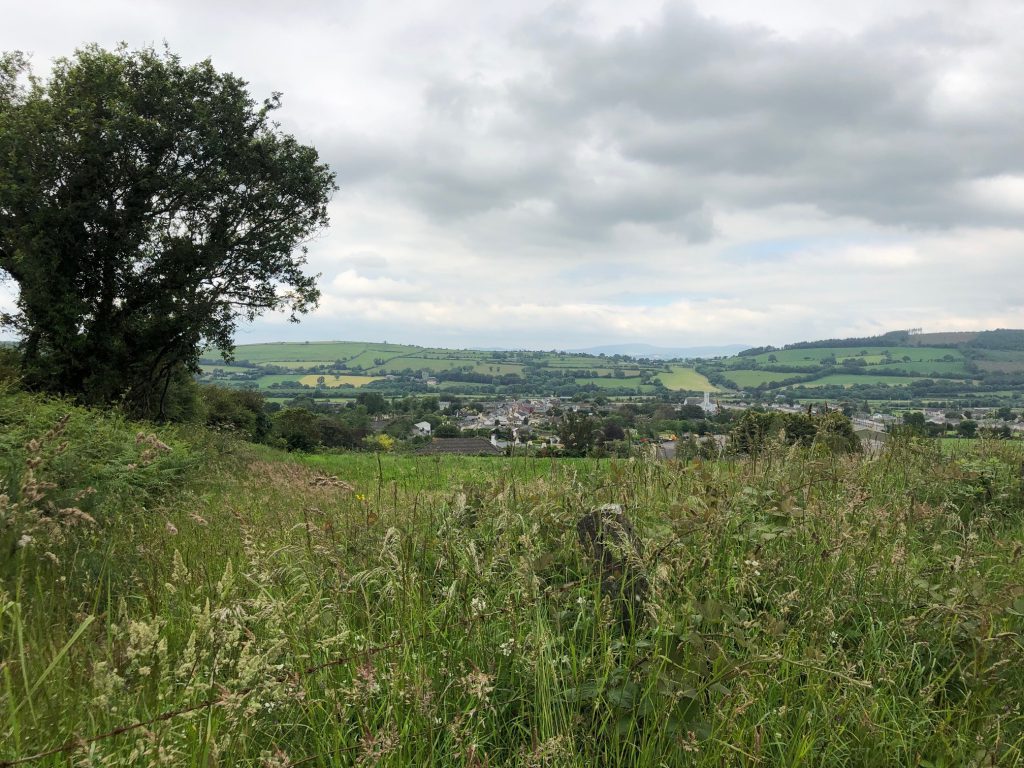 The north Waterford landscape in all her glory

“But what you are doing is destroying the Irish landscape, you are removing tonnes and tonnes of soil and putting out CO2 into the atmosphere and you are destroying people’s lives – all for the sake of a quick buck.”

Massey says what is going on in Ireland in relation to wind farm developments is “shocking”.

“It is genuinely shocking when you look up and down the length of this country and you see how many communities are being torn asunder by developments like this,” he added.

In terms of reducing carbon emissions in this country our biggest asset will be restoring the bogs of Ireland to what they used to be before the guts were ripped out of them.

“What they should be are systems capturing CO2.

“The other question to be asked is does it matter what you are farming as long as your are farming? Why does it have to be beef and dairy? What can’t it be biomass? 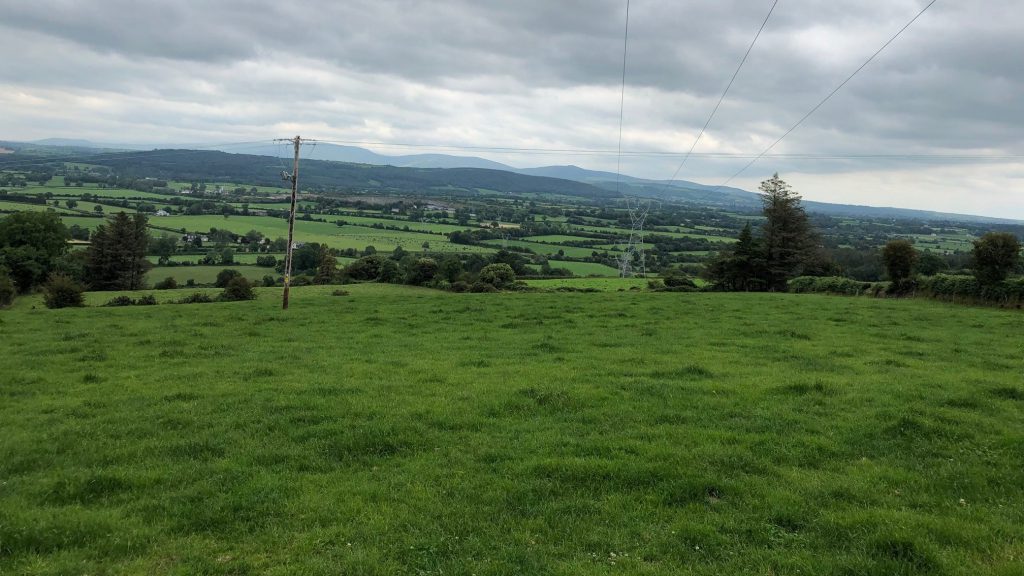 “Look at ourselves – we are exporting milk products to south-east Asia, the US and to Russia when we could be growing biomass.

“There is just no overview of how the whole thing could or should work together in this country.”

In a statement to AgriLand Innogy Renewables Ireland said the Lyrenacarriga Wind Farm is in the development phase and the company intends to submit a planning application to An Bord Pleanála in 2019.

“Fieldwork is continuing to be undertaken in respect of the environmental impact assessment, as is community engagement, particularly with the circa 250 near neighbours,” Cathal Hennessy, MD Innogy Renewables Ireland, said.

“When we have the final draft of the project design and turbine layout we will undertake a second round of comprehensive community and stakeholder engagement in advance of the planning submission.”

Wind farms: 'It makes you want to shout about the injustice of it all'