Curious about a machinery dealership’s income: What pays the bills?

CLIMMAR – a network of farm machinery dealers across much of Europe – held a press conference last month, at the giant Agritechnica show in Germany.

There, it presented some striking data – accruing from surveys of its member associations. The data gives an insight into where a typical farm machinery dealer’s income is derived.

For the ‘average’ CLIMMAR dealer, 56% of turnover came from new equipment sales – namely tractors and machinery.

Sales of second-hand equipment accounted for 15% of overall turnover.

The workshop drummed up 9% of turnover; parts accounted for 17%. Other sundry items ran to 3%. 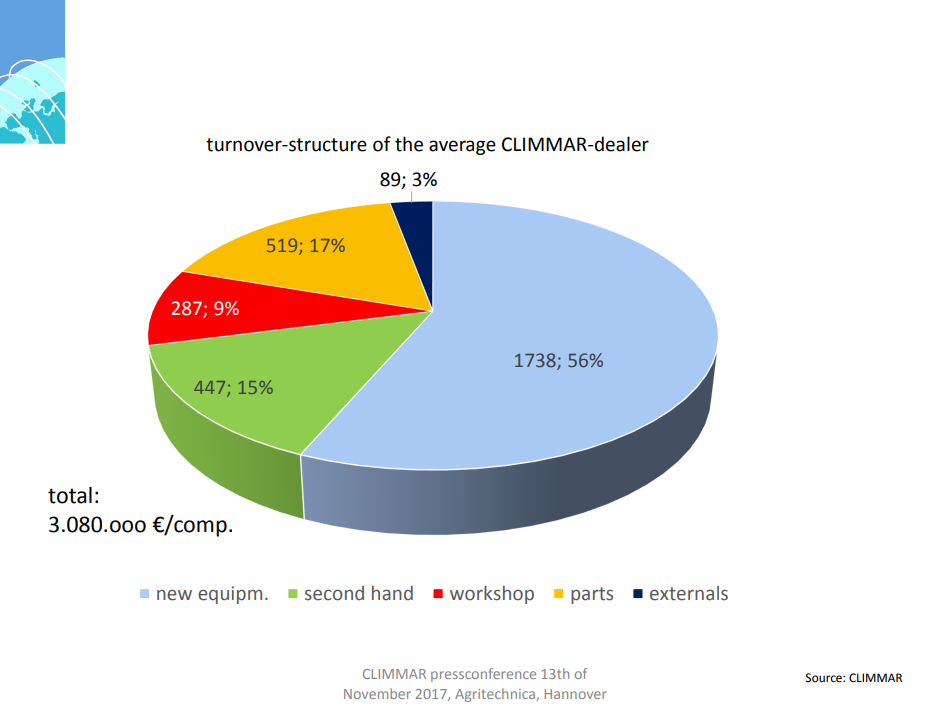 This breakdown of figures is not altogether surprising; new equipment would clearly account for a major proportion of turnover in most dealerships – given the high value of modern equipment, especially tractors and harvesting machinery. 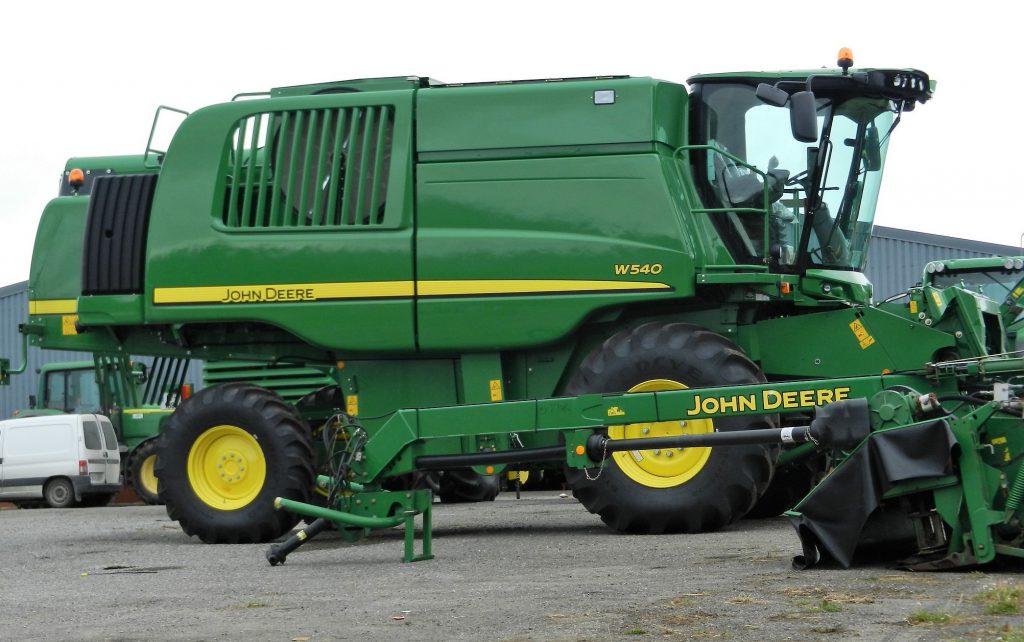 Of course, most of this money is passed on to the manufacturer or distributor; only a fraction is retained within the business.

By contrast, while the workshop percentage (9%) is small this income is largely retained within the business to cover its own direct overheads – such as wages.

Interestingly, it was revealed that CLIMMAR dealers around Europe employ an ‘average’ of 9.1 staff; the range runs anywhere from 3.8 up to 20.8. The highest average figures were seen in Britain.

Turnover trends at CLIMMAR dealers were mixed, when the first half of this year is compared with the same period of 2016. 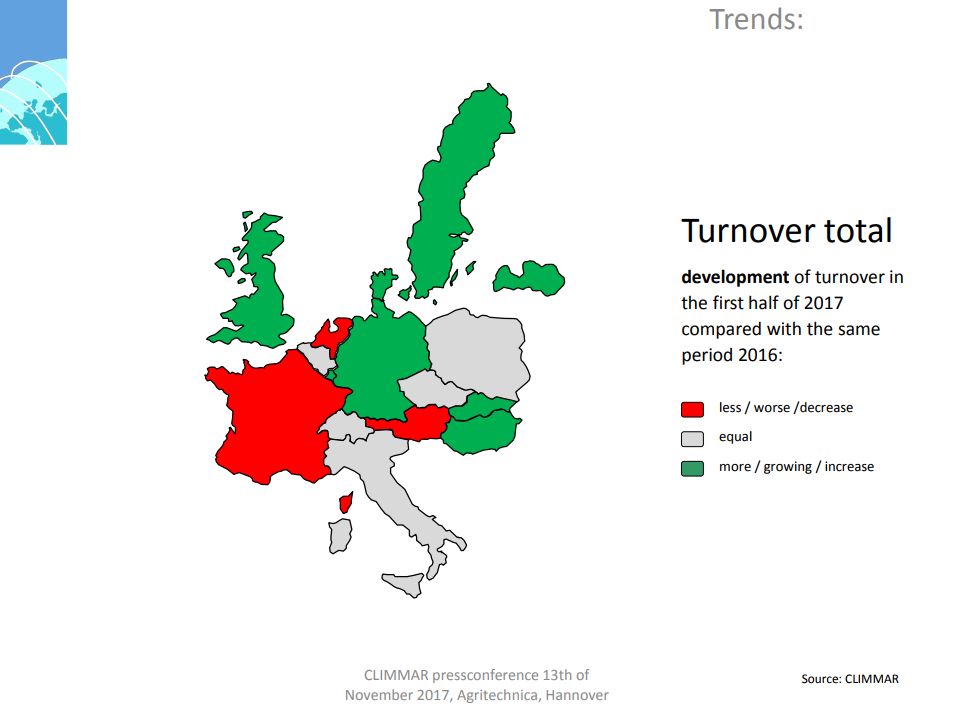 For example, ‘average’ turnover worsened in France, Austria and the Netherlands. It improved in the UK, Germany, Sweden, Hungary and Slovakia.

Workshop turnover grew or stayed the same in most countries during the same period. The big markets of France and Germany, for example, witnessed increases. 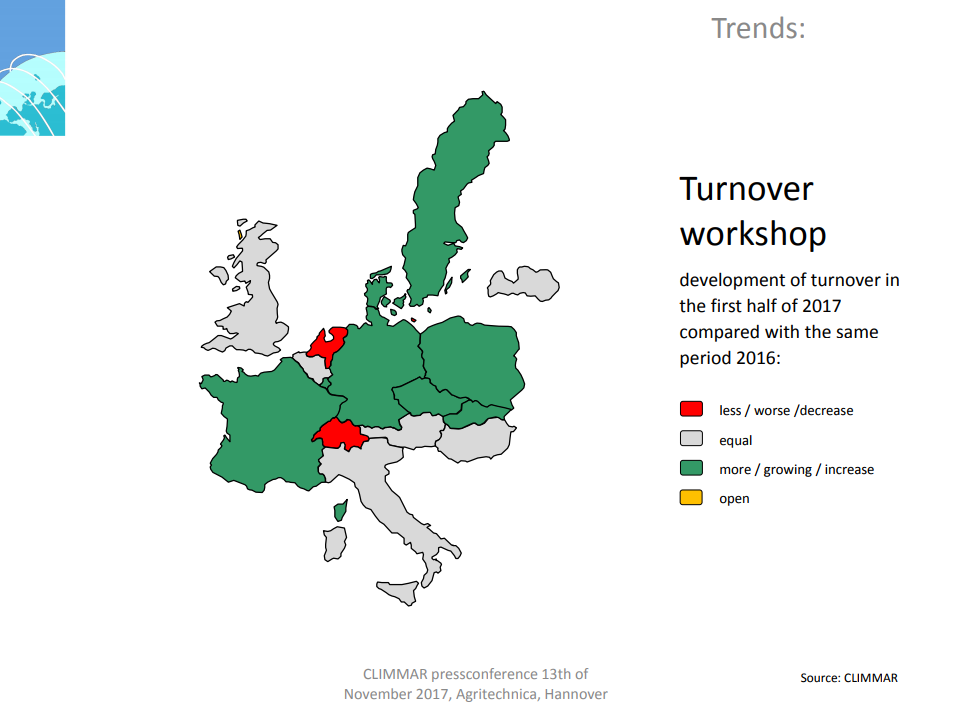 The figure remained steady in Britain and Italy. Only the Netherlands and Switzerland showed noticeable ‘average’ reductions.

Who or what is CLIMMAR?

CLIMMAR is a European network of agricultural machinery dealers; it encompasses 16 national associations and their member companies.

In all, its 16 national bodies account for 18,864 individual dealers and dealerships. In total, they employ almost 160,000 people. They sell to a hinterland inhabited by almost 3,500,000 farmers.