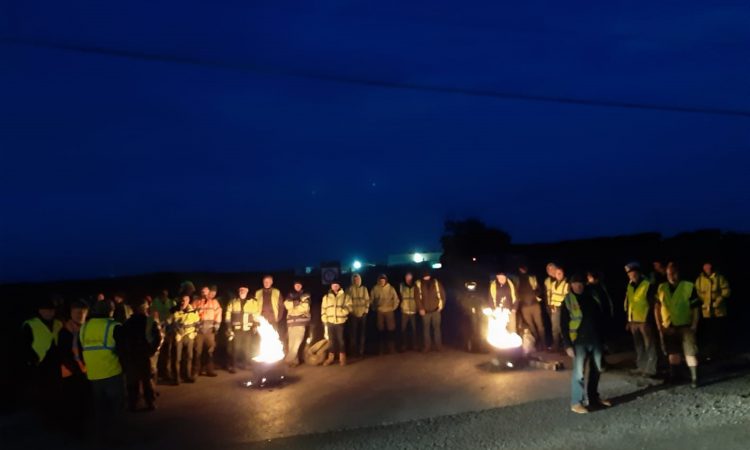 Dawn Meats has issued a response to claims made by the Independent Farmers of Ireland (IFOI) that injunctions remain in place on some of its members.

The protester group yesterday said that it has requested that the Beef Market Taskforce be deferred “until all injunctions and cost applications against all individuals involved in beef protests are struck out in their entirety”.

A member of the group claimed that a number of injunctions remain in place on some protesters, including in Rathdowney, Co. Laois.

This has been strongly rejected by Dawn Meats, which owns the Rathdowney facility, labelling the claims “wholly inaccurate”.

In a statement, a spokesperson for the processors said:

“It was confirmed to the solicitor who represented the illegal blockaders in Meadow Meats that their names have been removed, and their IFA [Irish Farmers’ Association] solicitor has confirmed this to Dawn Meats.

“We hope that the IFOI will now work constructively towards the commitments given to end the illegal blockades and desist from issuing false information,” the spokesperson added.

The statement was in relation to yesterday’s protest, which was held over ongoing injunctions that remain in place on two individual protesters who demonstrated outside C & D last month.

“The recent illegal blockades hugely disrupted the facility, staff were intimidated, and C & D Foods was forced to lay-off 187 employees and put another 425 jobs in jeopardy,” the C & D statement said.

“C & D Foods is financed and managed separately and independently from ABP. C & D Foods is not a member of MII,” the statement concluded.