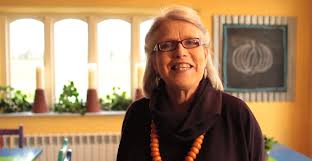 Chef Darina Allen has said there is too much at stake for Ireland in using genetically modified (GM) products before being fully sure of the advantages.

Speaking during a panel discussion entitled ‘Does Ireland need GM spuds?’ at the GIY Gathering event in Waterford,  Allen said nothing should be allowed jeopardise Ireland’s reputation for producing quality food.

“I would be comforted if any of the promises that have been made about GM were actually delivered,” she said.

“Once GM gets out into the atmosphere you can’t put it back. It’s not like product recall. In the US and other countries, non-GM crops have been contaminated through wind and so on. There is too much at stake unless we are absolutely positive of huge advantages.”

Allen, the owner and founder of the renowned Ballymaloe Cookery School in Shanagarry, East Cork, made an impassioned plea, which received applause from the packed function room at the Tower Hotel in Waterford City.

“We have an island with fertile soil and so many attributes and our future looks like it’s going to be in food. We can produce some of the best food in the world. Our farmers depend to a great extent on exporting and years have been spent building up the image of Ireland as the food island with nourishing, fresh food that we can trust,” she said.

“We need to be very, very sure that GM is going to be something that will be really worthwhile before going down that road. It could jeopardise so much. Do we really want to have four or five big bio-tech companies and multi-nationals having all of the power over our food system?”

She added: “US government figures show that pesticide use has increased rather than decreased since GM crops have been grown. That’s what scientists who were opposed to GM had predicted from the very beginning.”

Fellow panellist Dr Ewen Mullins, senior research officer with Teagasc who developed the genetic transformation and risk assessment programme in 2002, explained some of the work being undertaken as part of the government agency’s participation in the Amiga project.

Dr Mullins said GM was an issue that would ultimately be influenced “not by science but by politics”. “The issue of cheap food is the elephant in the room,” he said.

“We have a fundamental problem in that food is too cheap. The horsemeat scandal in Ireland this year was the ultimate example of this.”

Dr Mullins said his Teagasc study was not aimed at supporting cheap food, but said the issues of GM food and cheap food were “almost the same and part of the same thing”.

Dr Mullins encouraged consumers to become more aware of food variety. “The supermarkets dominate food production in Ireland. When you inform and make people aware of what’s out there, then that will influence the consumer to influence the market. Consumers need to go into supermarkets and ask for more variety,” he said.

Commenting on the issue of the impact of GM products on human health, Dr Mullins said a Teagasc survey involving pigs found no difference between GM and non-GM fed pigs.

However, Dr Mullins expressed concern at the lack of data to support these findings. “I would be guided by the study in Moorepark that showed no effects, however there is always room for more research,” said Dr Mullins.

The two-day GIY Gathering event, which concludes tomorrow, is being held as part of the annual Waterford Harvest Festival.