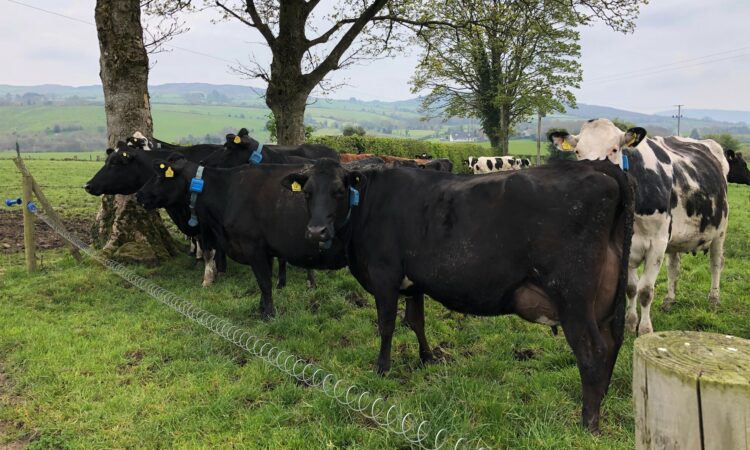 David Hunter is in his sixth year milking and is already growing grass well above the industry average. Last year, the farm grew 14.6t DM/ha with the year previously reaching over 16t DM/ha.

David is farming with his father just outside Newstownstewart in Co. Tyrone and is one of the four participating farmers in DLF’s grass partner programme. This involves trialing grass varieties to see how they perform under grazing conditions.

The programme is in its third year and last year each farmer sowed a tetraploid grass variety currently listed on the pasture profit index (PPI). It is expected that tetraploid varieties will be making up a greater proportion of grass mixtures in the future.

David is relatively new to the dairy industry and only began milking on the farm in 2013 – after previously farming beef – to now milking a total of 80 cows on a 19ha grazing block.

Touching on his decision to go into dairy, he said: “I was sick of my old job and I wanted to come home to farm but I knew if I wanted to make a decent living I would have to get into dairy.

I bought in all heifers at the start and then bought in some that were milking; it was kind of a mixed bag to begin with.

The herd is predominately made up of New Zealand Friesian and Holstein-Friesian genetics, although in the last few years David has started introducing Jersey to the herd.

David rears all his own heifers but they go off farm for their second season grazing. All silage is cut off a block of ground next to the milking platform and he rarely takes any cuts off the milking block due to his high-stocking rate of four cows/ha. 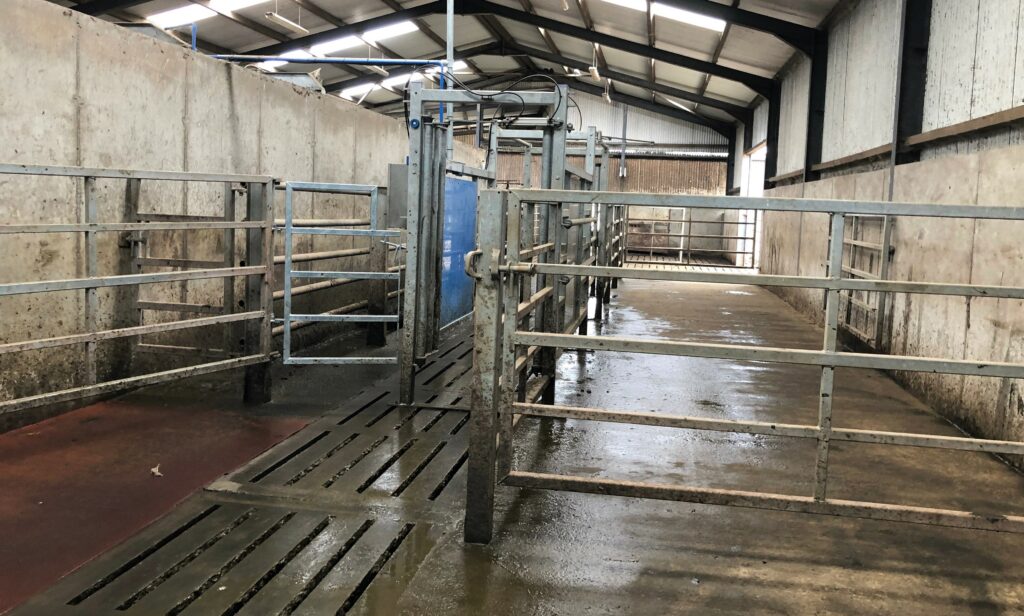 While making the conversion, a new 12-unit herringbone Dairymaster parlour was installed which includes a feed-to-yield system; along with an automatic drafting system.

Installing the automatic drafting system was the best decision I ever made. You find yourself doing jobs that you would have never done otherwise – because the drafting system makes it so much easier.

“I also have the heat detection collars which I didn’t trust at first, but then I found that they work really, really well. You could be bulling a cow one day and then the system will tell you she is bulling three days later and it is always right,” explained David.

The whole farm was reseeded in 2012 as it made the conversion over from beef. Last year, two paddocks – as part of the grass partner programme – were sown with two tetraploid varieties – Aspect and Solus.

Both of these varieties are located on the PPI for this year. However, for 2019 the plan is to sow a tetraploid variety not listed – known as Nashota.

David’s plan is to sow two of his paddocks with this variety this spring. The paddocks he has chosen are two of his lower-performing paddocks which last year yielded 11.1t DM/ha and 13.2t DM/ha.

Even with reseeding David is still able to achieve very high yields from these paddocks. A total production of 11.2t DM/ha was achieved from the paddock sown with the straight tetraploid variety, Solus.

Talking briefly on what he thought of the variety, he said: “It cleans out relatively well and the cows seem to like it. I sowed this variety in July and they were back into it every 11 to 12 days for the first three to four rotations.”

However, the downfall to the variety, like a lot of tetraploid varieties, is the sward openness.

On the day of the visit the sward was very open and the soil was clearly visible, although some of this was put down to the heavy cover carried over the winter, as light was unable to get to the base of the sward to encourage it to tiller.

The sward so far this year was only grazed once, so it is expected that it will tiller out and recover well from now on.

The second variety sown was Aspect. This paddock yielded 11.5t DM/ha last year with a total of six grazings achieved. David felt that the “clean outs for this variety were better” when compared to the variety Solus.

This year Aspect is expected to yield 20t DM/ha. However, David recons Solus will beat this.

David’s preferred method of cultivation when reseeding is to plough the paddock. Explaining the reason why, he said: “I just think paddocks that were trampled or damaged are tidied up with the plough and it helps with the levelling process.”

David wouldn’t be a typical example of a Northern Ireland dairy farmer, as his focus is predominantly on maximising output from grazed grass.

David’s farm is a relatively dry farm which allows him to turn his cows out relatively early – helping him to achieve over 10 grazings on the majority of his paddocks.

The farm is also well laid out in term of fences, roadways and drinkers which all play a vital role in helping David achieve the maximum number of grazings per paddock.

On the day of the visit he was two paddocks away from finishing his first round, with a cover of approximately 1,000kg DM/ha on his first-grazed paddock. 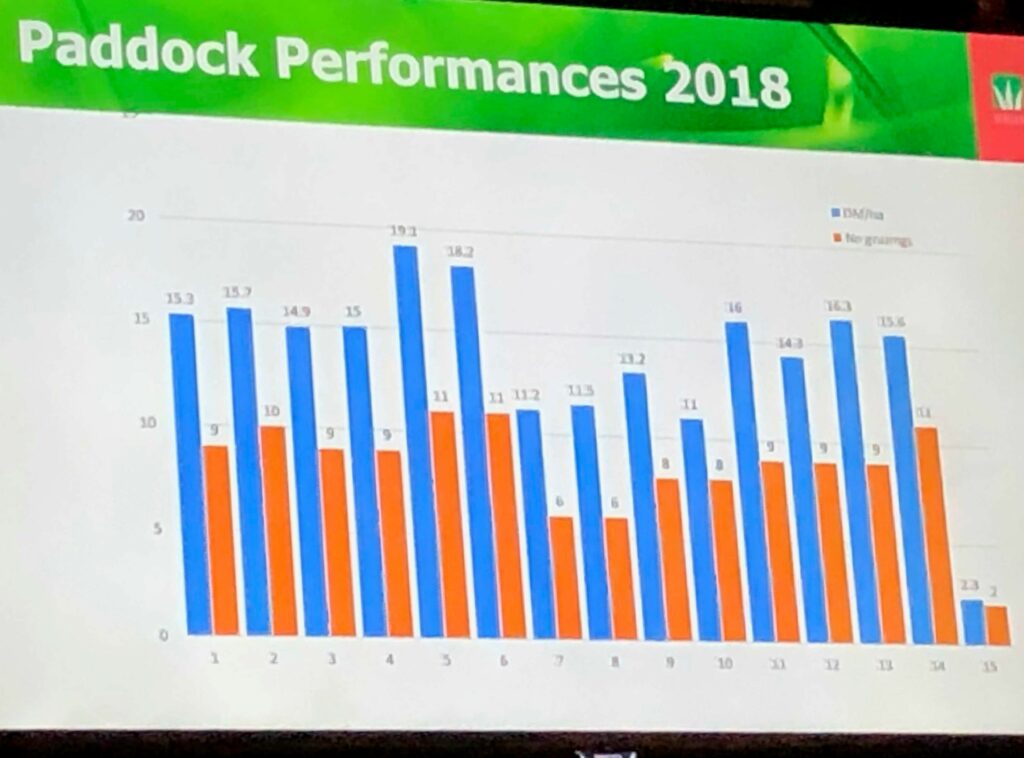 It is clear from David’s results that more grazing equals more grass. Two of David’s top-performing paddocks – paddock five and six – have both yielded over 18t DM/ha during 2017 and 2018 and last year achieved 11 grazings each.

David walks the farm weekly and his preferred method of grass measuring is to cut and weigh.

I just find the plate meter is not accurate enough, it tends to overestimate the cover; with cutting and weighing you know exactly.

Finally, touching on his approach to fertiliser use, he said: “I always spread lime when I’m reseeding and I do a small bit of maintenance when I get the chance during the year. I tend to use a lot of compound fertiliser in the middle of the season and urea at the shoulders.” 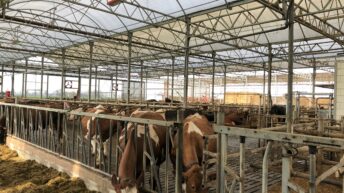