Dairy focus: Milking 300 Jersey-cross cows on a grass-based system in the US 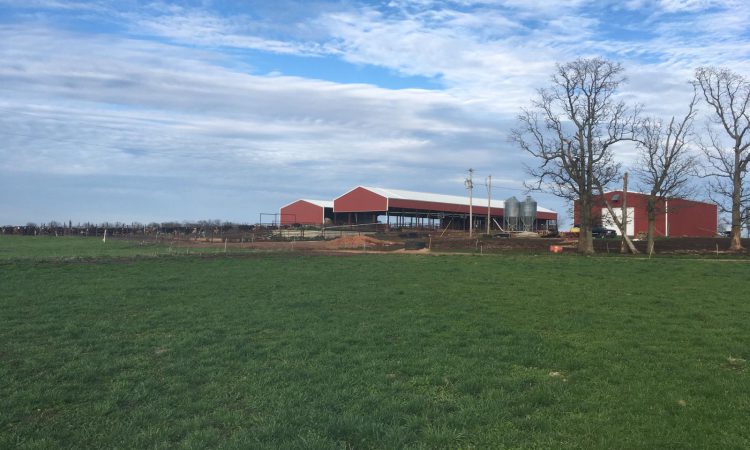 In this week’s dairy focus, AgriLand caught up with Bernard Ryan from Tipperary, who is working on a grass-based dairy farm in the US.

Bernard, who is originally from a suckler farm, graduated from University College Dublin (UCD) in 2019. After graduating, he decided that he wanted to gain international experience in the agriculture industry, which saw him move over to Texas in January.

However, due to the outbreak of the coronavirus, finding work was difficult, so he decided to contact his former employer, Niall Murphy, who he worked for during his professional work experience (PWE) as part of his undergraduate degree in 2018.

Niall, who is a native of Co. Cork, set up Emerald Dairies back in 2010, which consists of four dairy farms, two of which he owns himself, while the other two farms are share-milked.

Bernard is currently working on the newly purchased farm in Monett, Missouri, which is milking 285 cows at the moment, with a further 15 yet to calve.

The farm manager, Hoyt Hines, who is an American native, has been working for Emerald Dairies for six years. He spent some time working in Ireland, to get a grasp of the Irish grass-based system, so that he could implement a similar system back on the dairy farm in Missouri.

Currently, the farm is coming to end of the calving season and is gearing up for the busy breeding period.

The farm itself, consisting of 113ha – all in the one block – is split up into 50 paddocks. The 300 Jersey-cross Holstein herd are outwintered and are never housed – even when they are calving.

Every year, 20-25% of the heifer calves are kept as replacements, while the rest of the calves – including the bulls – are sold to local beef farmers.

Currently, there are three people working on the farm. Bernard was drafted in to help out during the busy calving period and also for the upcoming breeding season.

Speaking to AgriLand, Bernard said: “The farm is run quite similar to the way most farms are run back home in Ireland. I suppose the only major difference is that the cows are left outdoors all-year-round.

“The aim is to produce Jersey-cross cows, as Niall believes that they are the most efficient converters of grass-to-milk.

It seems to work well; the cows are fed alfalfa silage and hay during the winter to keep them in good condition.

“The Jersey-cross cows are very easy calved and rarely have to be handled, so that’s a major reason why they can be left outdoors and not have to be housed.

“The farm is run similar to the way they operate down in New Zealand; low input, high output is the goal.”

As mentioned above, the calving season is coming to an end for Bernard and the crew. There are only 15 more cows due to calve.

Throughout the calving season, the herd-team would take turns doing night shifts, checking on the cows to see if they were going to calve soon and to be there to transport any newborn calves from the field into the calf shed.

Bernard explained: “The cows are out on grass all-year-round. They are calved outside, which is quite the opposite of the way we would operate back home.

“It can get very cold out here at this time of the year, with temperatures dropping as low as -15°.

So there is an added pressure to go out and check the cows as much as possible, because when a cow calves it is vital that the calf is brought back to the yard as soon as possible.

“As the cows calve we bring the calves into the shed – which is the only housing facility on the farm – and tube-feed them colostrum.”

As mentioned above, the grazing platform stretches 113ha, all in the block, which is split into 50 paddocks.

Similar to the situation in Ireland, grass growth isn’t where it should be for the time of the year.

The grazing paddocks are made up of perennial ryegrass and clover mix; however, when the farm was bought, the milking platform consisted of a fescue, alfalfa and orchard grass mix – which is quite common on US dairy systems.

Bernard explained: “It has been very cold over the last few weeks and we are still waiting for our ‘magic day’, which is when we have a surplus of grass.

“The average grass cover on the farm stands at 1,950kg DM/ha. Last year, the farm grew 11t of grass; however, the aim is to push that up to 13t this year.

Over the last week or so, grass growth has improved massively, so it shouldn’t be long before we run into a surplus.

“At the moment we are supplementing cows with 6kg of concentrates a day, with each cow getting 3kg at each milking.

“In the next month or so we would hope to cut that back gradually. Generally, come the middle of the summer, cows would be back to about 1kg of concentrates a day.”

The cows are still in early lactation; however, Bernard was able to give an insight into how they are performing and what price they are getting for their milk.

The cows are milked in a 22-unit herringbone parlour. Currently, it takes two-and-a-half hours to milk the cows and a further hour to bring them into the parlour and let them out to pasture again.

“Furthermore, the fat and protein content of the milk is 3.7% and 4.5% respectively. At the moment, the milk price is 44c/L, which is on par with last year. Included in that price is a premium, which is awarded for grass-fed milk.”

For the next few weeks, Bernard and the team will be kept busy as they approach the breeding season.

He added: “Until the dust settles on the coronavirus and everything goes back to normal, the plan is to stay here and help out the team reach their goals.

“I am hoping to move back to Austin Texas, where I was originally and find some work there.

“I was delighted when Niall said that I could come up and help out for a couple of months. I worked here for five months in 2018, so I had no problem adjusting and getting back into the swing of things.

“It is a great experience to come out here and see how they operate compared to back at home. Moreover, it’s a shame that students from agricultural colleges in Ireland won’t be able to come out this year to experience it – due to the coronavirus outbreak.” 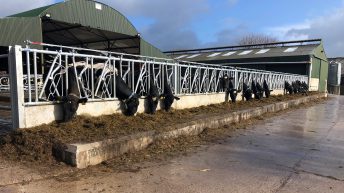