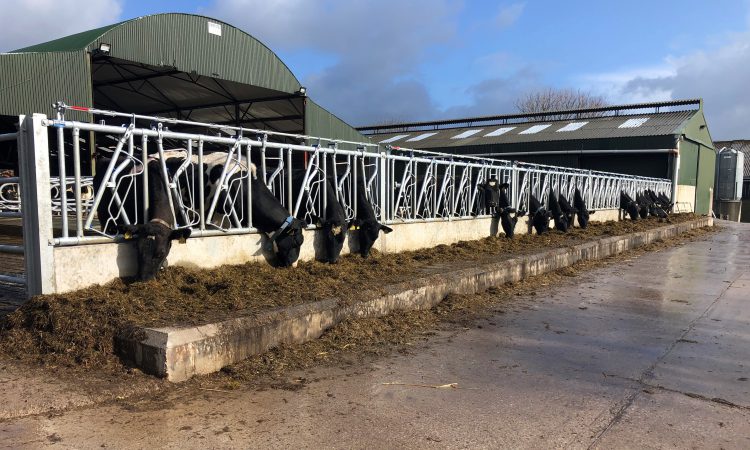 The new manager of Pallaskenry Agricultural College has his hands full; between juggling the beef, sheep and now 410-cow dairy unit and managing all the big changes which are currently taking place on the farm.

Last week, we caught up with Brendan Ryan – who is from a 110-cow dairy farm in Oola, Co. Limerick – to see how his first calving season on the farm is going, and to check out the new cubicle shed which has recently been constructed on the farm.

It was all go the day AgriLand visited the farm, as the Pallaskenry dairy unit is in the process of undergoing a significant transformation.

Most recently, a new cubicle shed with 252 cubicles had been finished. On the day, they had just finished putting in the stone where the new 50-bale Dairymaster rotary parlour and collecting yard will sit. 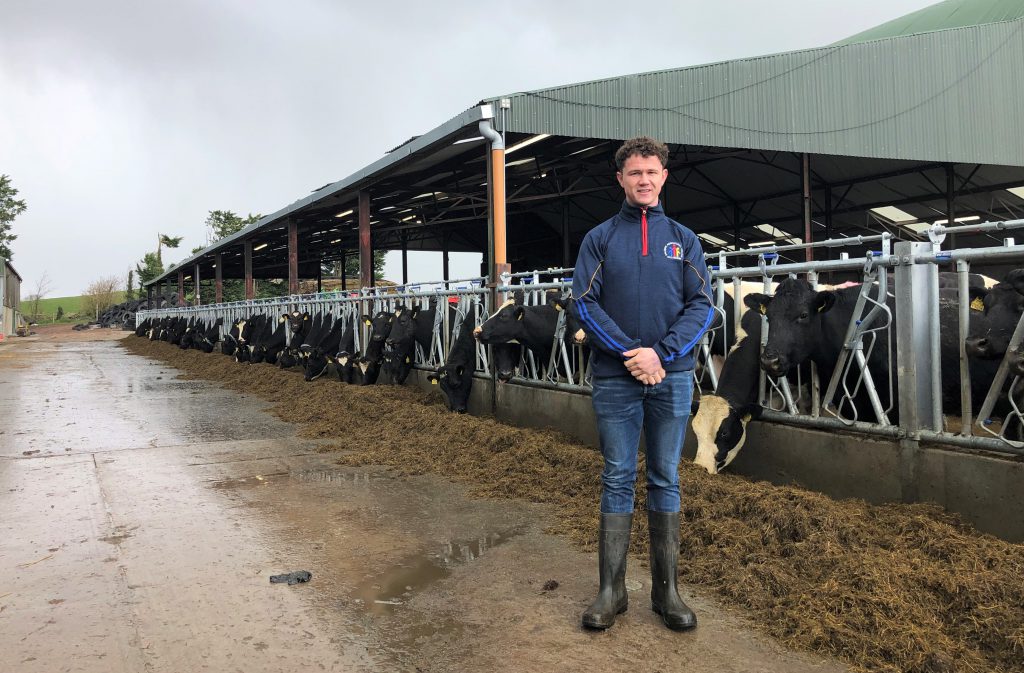 Since 2017, the herd itself has also been transformed – switching from a traditional high-yielding pedigree Holstein herd over to a predominantly high-EBI Holstein-Friesian grass-based herd.

Herd numbers have dramatically increased as well – expanding from 285 cows last year to 410 cows due to calve down this year.

The new parlour is the next step and likely to make the biggest impact in terms of labour efficiency on the farm.

On Thursday, March 12, the cows were fully-housed and had been since the previous Sunday.

Grazing wise, the cows had been on-off grazing since calving began at the end of January and  – at the time of the visit – 36% of the platform had been grazed with an average farm cover of 934kg of DM/ha.

Commenting on how grazing has been going, Brendan said: “I’ve missed two days of grazing in February and one day this month.

“The next 30% will take about two days to dry out and then I have between 35-40% left which is very wet ground. 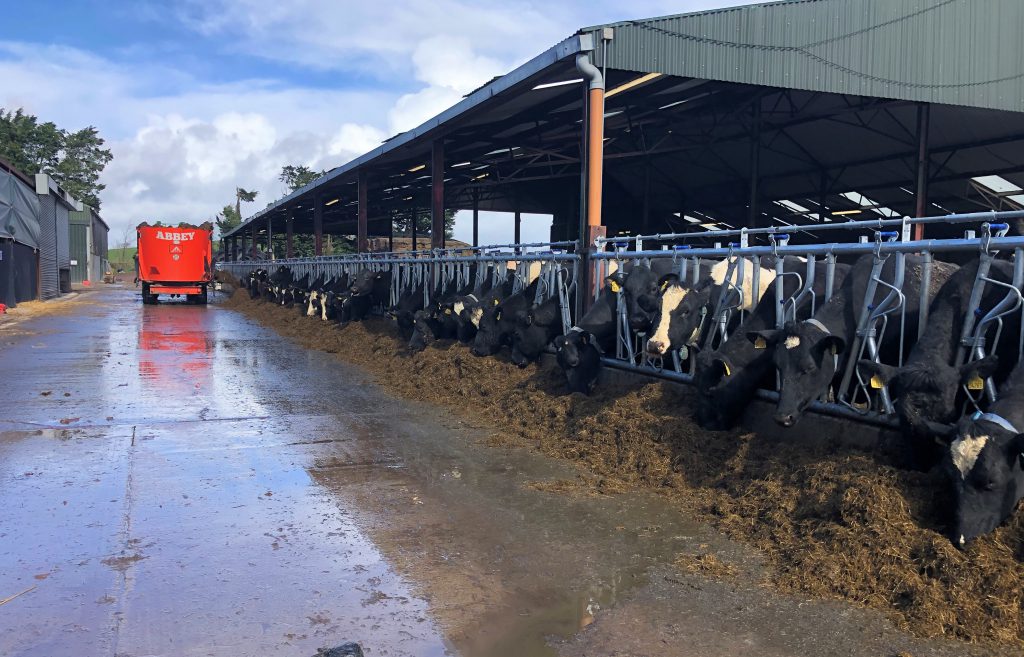 “Pretty much all the way through February the cows were getting silage by night and then the barriers were locked in the morning at about 6:00am.

The calving season is beginning to quiet down on the farm, with 82% of the herd calved in just over five weeks.

There were 330 cows going through the 12-unit double-up parlour which Brendan said is taking upwards of three hours to milk morning and evening – not including the washing up. 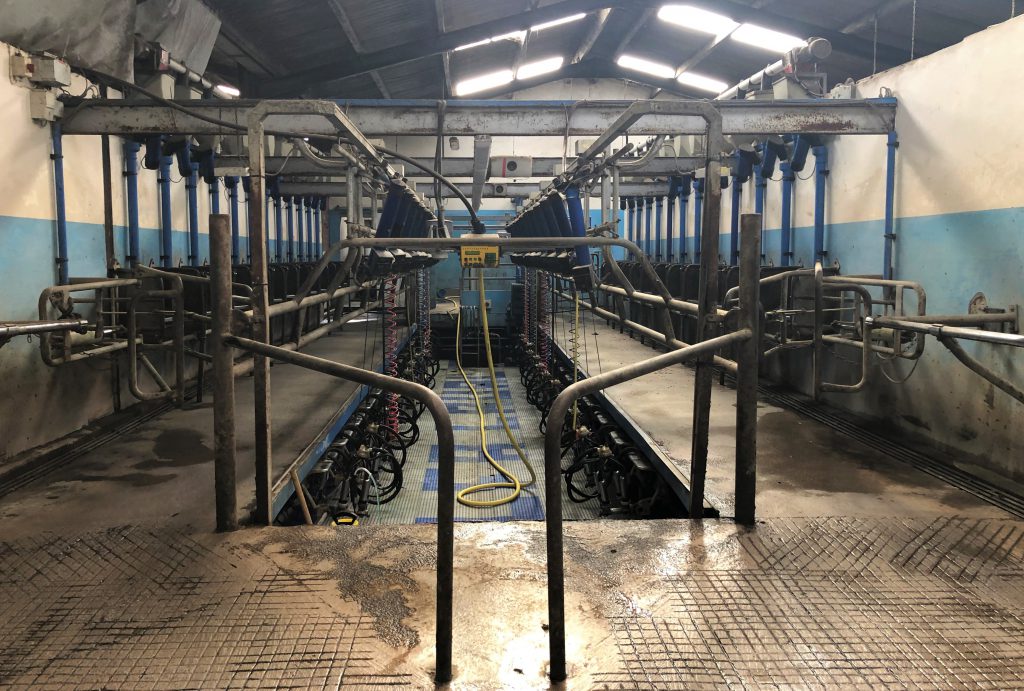 “At the moment, we have a relief milker doing about two hours in the morning and in the evening. Then another person swaps in just so people aren’t in the parlour all the time. I try to keep it as fair as I can,” explained Brendan.

Once-a-day (OAD) milking was practiced for the month of February and all the calves have been going onto an automatic calf feeder after their first feed.

We had some problems with somatic cell count (SCC) at the start of calving. Our first test came back with a SCC of 605,000; so we completed an early milk recording on February 22 to identify any high-SCC cows.

“I got an awful shock when the milk recording results came back; the first five cows on the list were cows which got an antibiotic and sealer.

“We pulled out all the highest-SCC cows and it came down. The week after, we decided to go twice-a-day (TAD) and it was much more manageable then,” stated Brendan.

At two weeks-of-age, the first 100 heifer calves left the farm to go to the contract rearer. The remaining heifers are being sold. This year, all the bull calves are also going to a contract rearer.

“The contract rearer will bring back figures at the end and we will agree what we get after that – whether it’s €10/calf or he might say well we didn’t make money.

There is an element of trust in it, but it is the security of having a farmer there to take the  bull calves.

In 2017, the existing herd was completely sold and was replaced.

“They took the option of just selling up and buying in new stock because it was just going to take too long to change the herd over otherwise.

“You can see a few cows from the old herd still; they are very big cows, they stick out in the herd,” noted Brendan. 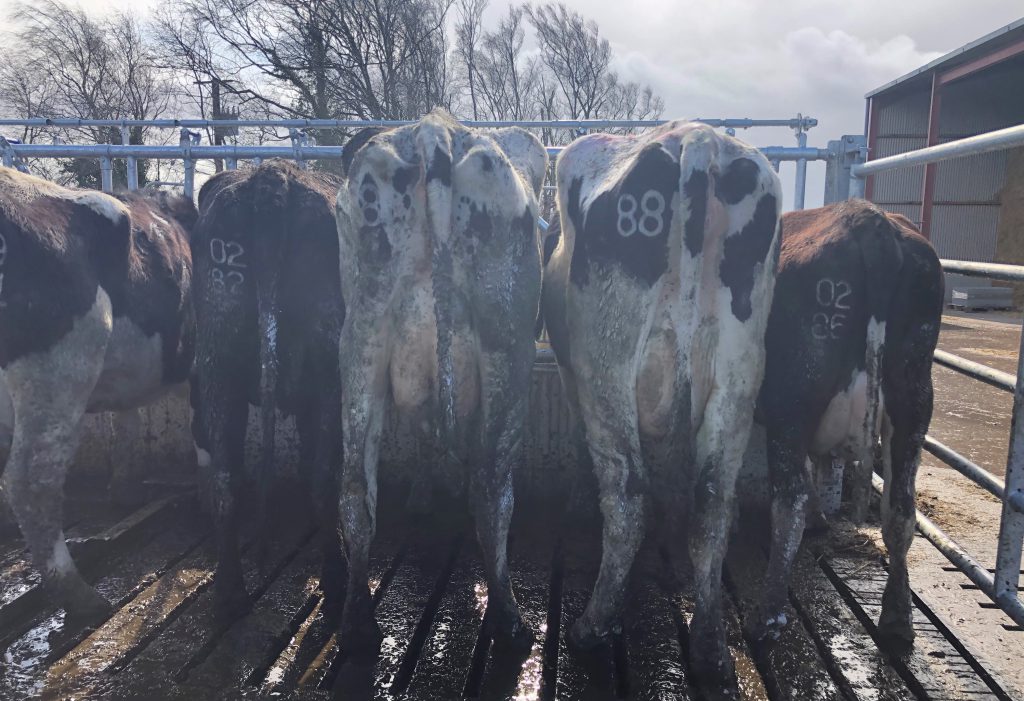 “When I started here the plan was to get in heifers and start the building,” he said.

“We made an arrangement with our contract rearer that he’d keep these heifers until Christmas – when I thought we would be in the new shed.

However, it wasn’t ready until February 20, so we had to bring them down and get accommodation sorted for them. We ended up housing the heifers on slates for the month of January.

Previous to the installation of the new shed, just 214 cubicles were available on the farm; so they were under a bit of pressure to get the shed finished before calving began.

“I had 240 cows calved before the new shed was finished, so I had 40 outside because I was so stuck for space.

“There was a lot of chopping and changing for the spring, between cows on straw, peat and cows housed on an out farm,” explained Brendan. 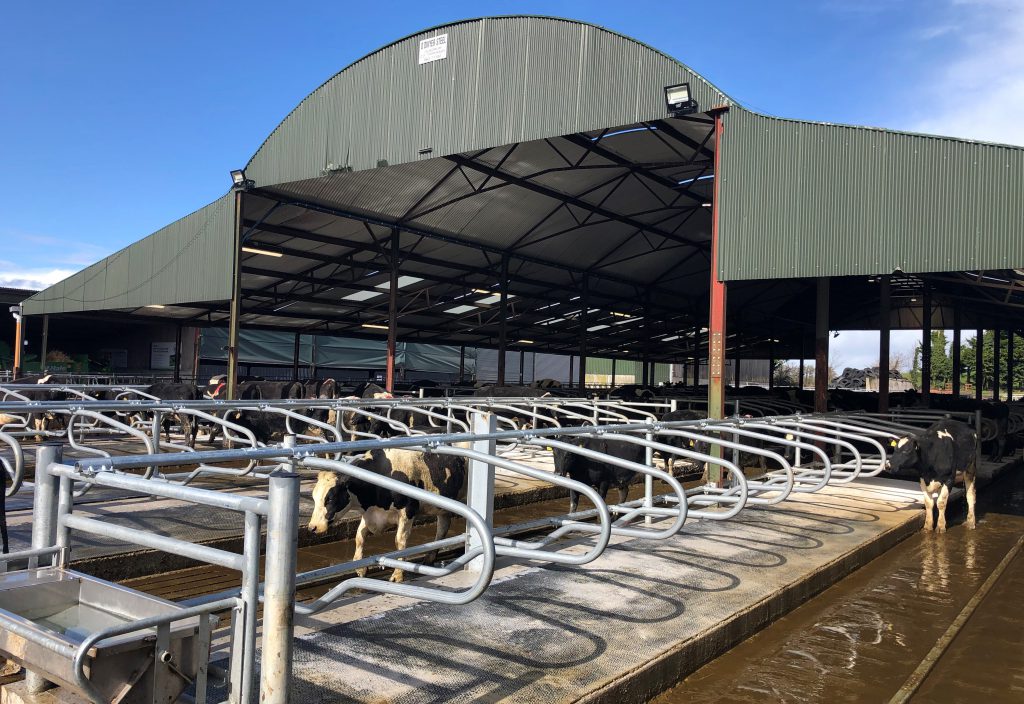 An existing maize pit and old cubicle shed were adapted to accommodate the new cubicle shed. The roof of the old maize pit remains covering the cubicle beds.

Unfortunately, Brendan doesn’t expect the new parlour to be finished until at least July, so they will have to battle on in the old parlour until then.

“All going well, the parlour should be started next week and will be finished in July – hopefully. The stone has just gone in to where the parlour is going to go – 6,000t of stone was needed to build up the area where it is going,” he said. 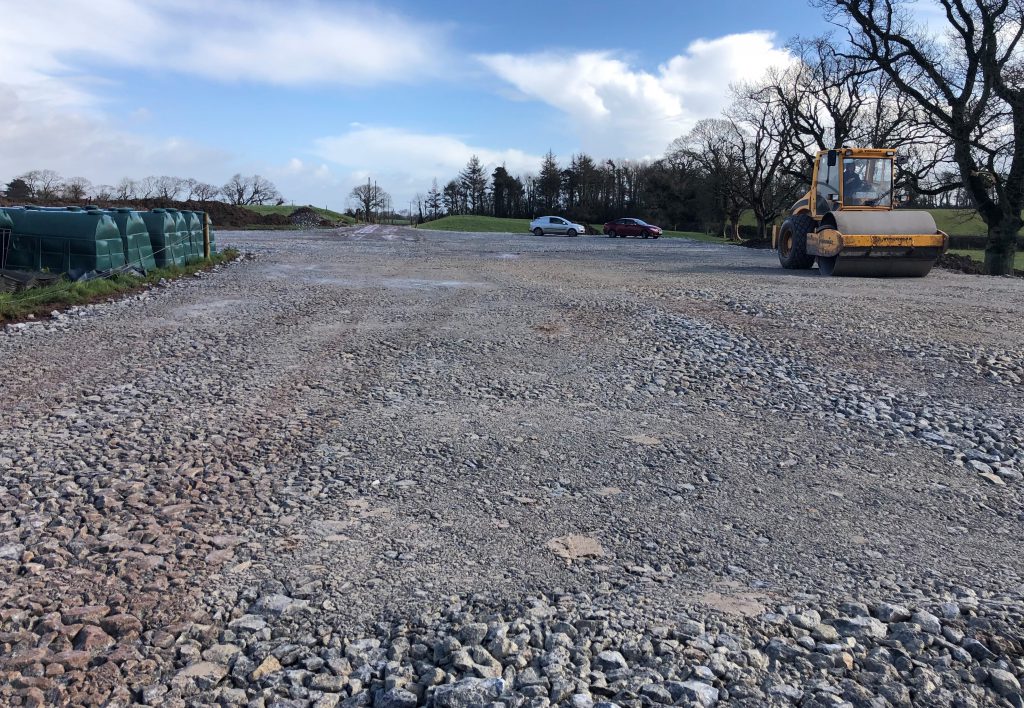 Nonetheless the new parlour will be worth the wait; Brendan said it will be coming with all the bells and whistles, including: a feed-to-yield system; milk meters; variable speed rotation (speeds up and slows down depending on the time of year; a robotic teat spraying arm; auto-identification; cluster flush; and many more features.

“We are expecting to sell 420kg of MS/cow this year, with 45% heifers coming in,” said Brendan.

In the same year, the farm grew 13.9t of DM/ha and Brendan is hoping to lift this to 15t of DM/ha this year.

“I have some silage left over, so I’m starting from a good base, but I need to grow that and utilise as close to it as I can to maintain everything at a stocking rate of 2.5LU/ha,” he added. 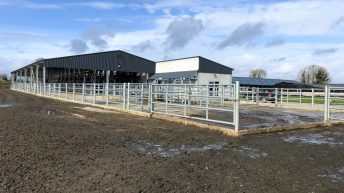