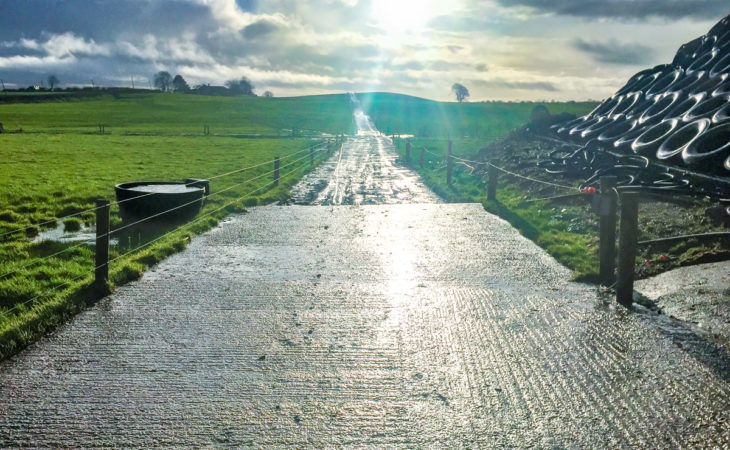 Calving is in full swing and Joe hopes to get cows out to grass in the near future. The system operated is very much grass-based and 11t/ha of grass was utilised by the milking herd last year.

The cows and grass

Consisting entirely of black and white genetics, Joe’s herd has an average EBI (economic breeding index) of €119. Solids production is strong and 510kg of milk solids (4.1% fat and 3.59% protein) were sold from each individual cow in the herd last year.

This level of performance was achieved from a concentrate input of just over 1,000kg/cow. However, as grazing proved difficult towards the back end of last year, the feeding rate jumped by approximately 300kg/cow on previous years. 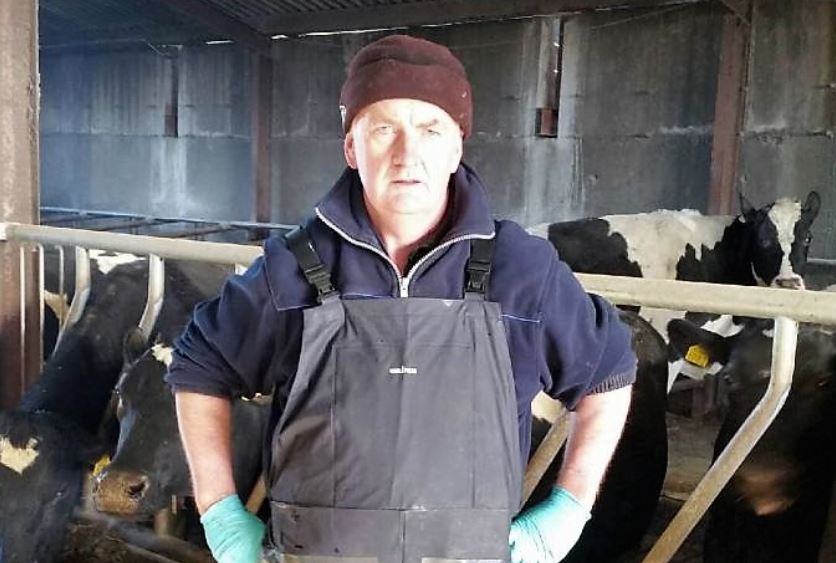 “Grazing became difficult last autumn. With 25ac of reseeded ground too tender to graze; good graze outs hard to achieve; and to keep the rotation at 40 days, the level of meal feeding was increased. Also, to feed sufficient silage at that time would have been difficult due to building works.

“Cows were housed for 10 days from October 20 and went back to grass at the end of the month for two weeks to graze by day.”

To boost grass growth, slurry and urea is spread once conditions permit. On January 24, 3,500 gallons per acre of slurry were spread using an umbilical system on 110ac of the farm.

To make the best use of grass, the Westmeath-based farmer has matched calving date with the start of grass growth. Although calving was only expected to begin this week, 70 cows have already calved on the farm. 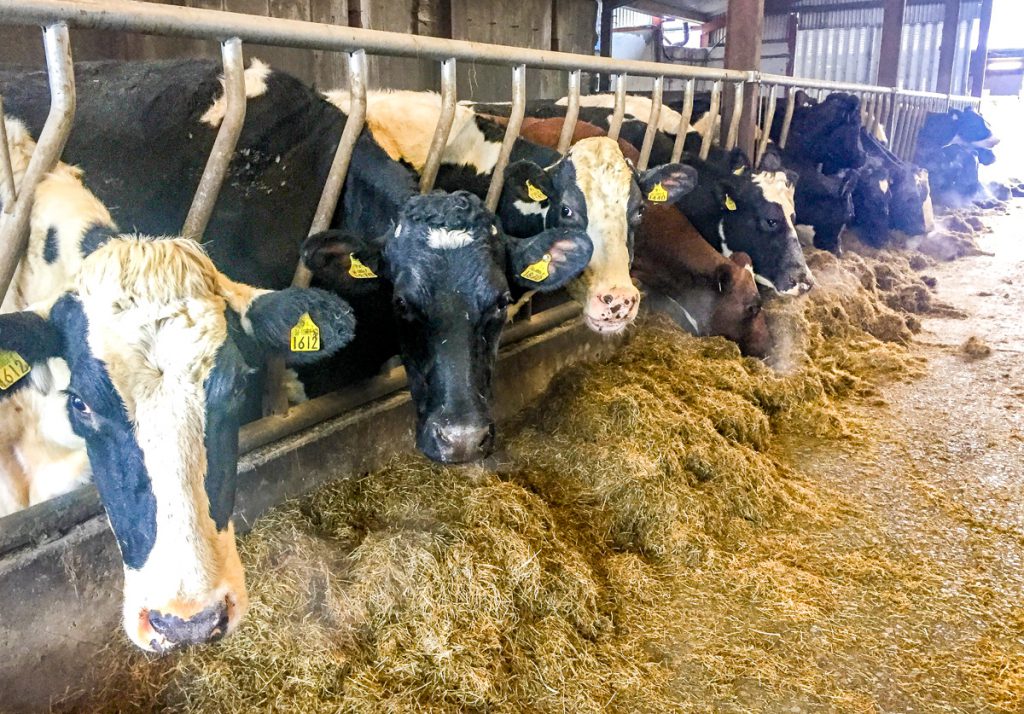 This spring, over 80% of Joe’s cows are expected to calve within a six-week window. Last year, the average calving interval stood at 359 days.

He explained: “We are hoping to get to 90% eventually, but it will put pressure on facilities. It’s great to have the cows calved early.”

Having the cows calved in a tight space of time proved important for Joe’s business in the spring of 2013, he said: “In spring 2013, we had to buy a lot of feed and the only thing that stood to us in March was that cows were milking and money was coming in. 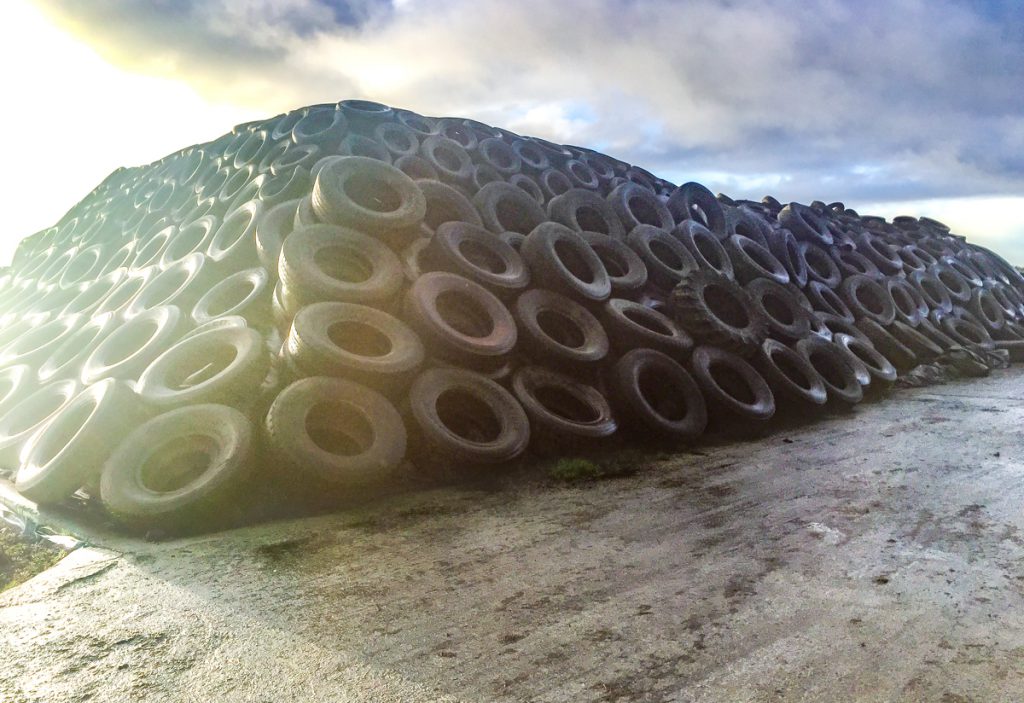 “You could be buying feed in for dry cows in March and have no money coming in. It is pressure, but at least you have money coming and you have a decent cheque in April.”

A fan of on-off grazing?

Farming just over 250ac, the milking herd and the replacement heifers are grazed on the ground surrounding the parlour. Another 15ac parcel is used to produce three cuts of high-quality grass silage.

As the grazing season draws to a close, the cows are housed by night and are grazed during the day.

“I carried out on-off grazing one year and found it hard on cow and man, as you have to bring in cows at 8:00pm or 9:00pm and it makes the day too long. You can’t go anywhere because you are always watching the clock to bring cows back in.” 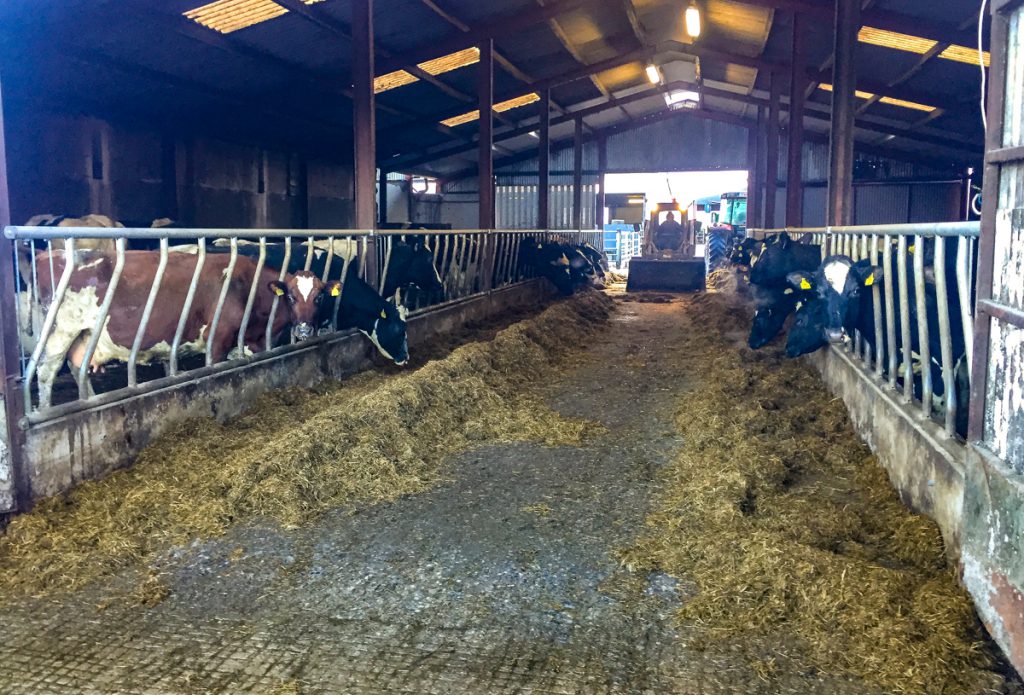 Now, to maximise the use of grass during the shoulders of the year, Joe lets the cows out to grass for four or five hours during the day and returns them to the housing facilities during the night.

Cows are normally housed at night by late October and are grazed by day until November 20-25. A similar practice is carried out during the spring and cows are turned out to grass full time once the weather permits.

“We let the cows out after milking and we bring them in at 1:00pm and they’re quite happy. You would know it in the tank that they are getting grass in the diet.”

Joe operates a 13-week breeding season on his farm. Dairy AI is used for the first six weeks of the season, while two teams of Hereford bulls are run with the cows for the final seven weeks.

“We hope to have the last cow calved by April 25. We also plan to finish breeding one week earlier this year.”

When it comes to picking bulls to breed the next generation of his herd, Joe looks for sires with good protein and fertility traits.

He is firmly committed to maintaining a black and white herd, adding: “I am happy with the cows and I have no interest in going crossbreeding.

“I have nothing against crossbreds, but I am happy with the black and white cows and they are working for me.

“We also have good demand here for Hereford bull calves and we get a good price for the cull cow. We have no reason to go down the crossbred route; the furthest walk the cows have is 0.9km.”

As mentioned, Joe plans on growing his herd to 220 cows this year. To allow this expansion to occur – and to move up from the 202 cows milked last year – the Westmeath-based farmer has 51 heifers to calve down this spring.

On why he is growing the herd, he said: “The farm is well able to grow grass and the parlour and facilities are here for us to milk more cows. 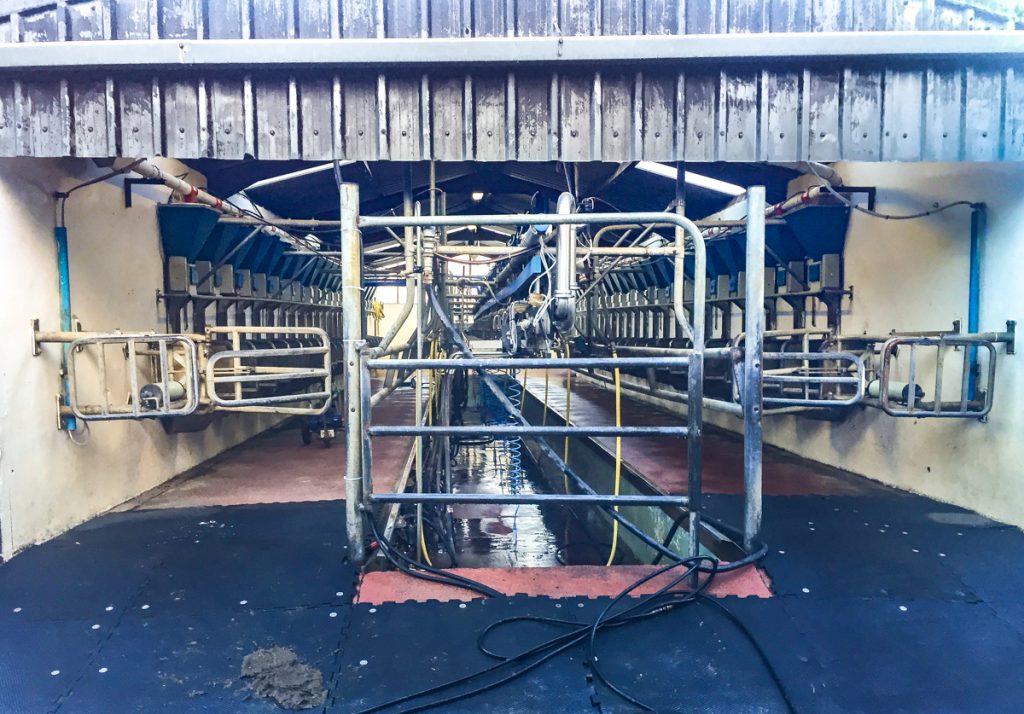 “We are currently milking in a 22-unit DeLaval parlour, that was upgraded from 16 units in 2014. To get good staff, you need good facilities. We have 240 cubicles and ample slurry storage facilities; we can store up to 450,000 gallons of slurry.” 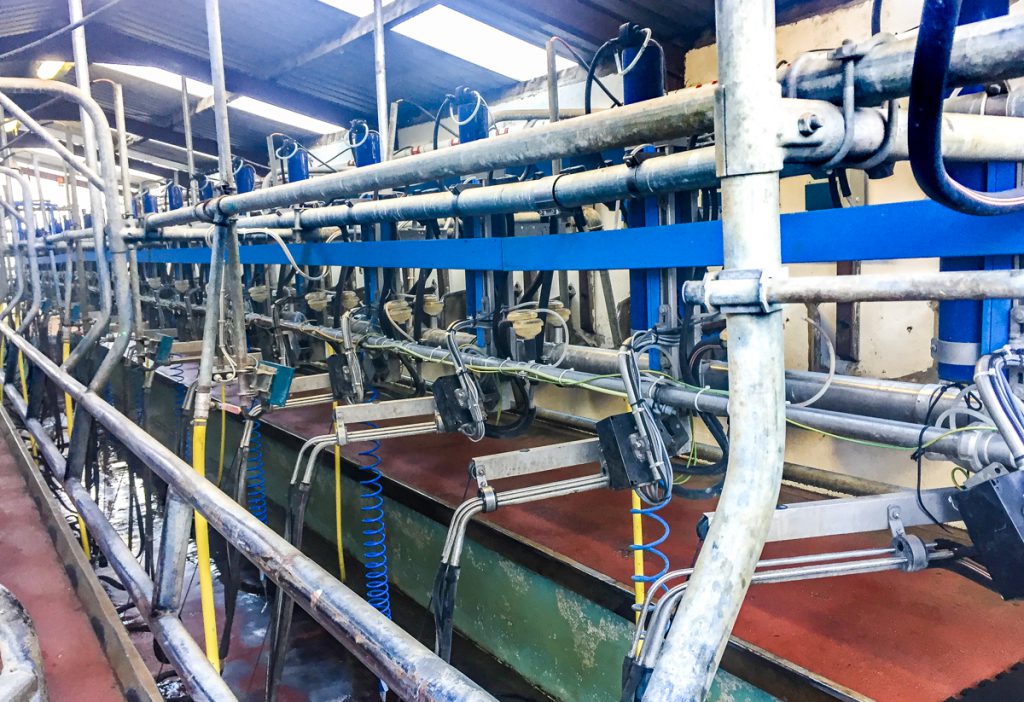 Joe’s parlour is fitted with ACRs (automatic cluster removers) and an automatic washing system, which means that the parlour is hot washed after both morning and evening milkings.

Along with having adequate housing facilities for cows, Joe also plans to build a new calf shed in the near future. However, until this is constructed, his heifer calves will continue to be reared in calf hutches. 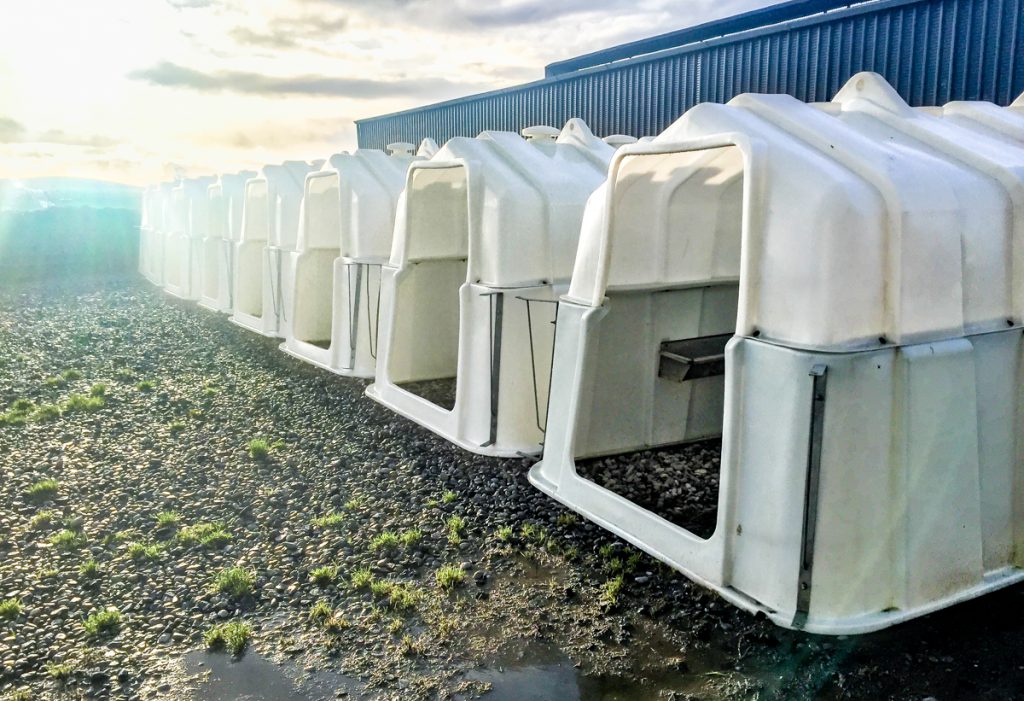 “All of the heifer calves on the farm are reared in calf hutches. They work very well and the calves are very healthy in them.

“However, the last couple of springs have been very wet and it’s hard to keep them bedded. To counteract that, we only put six calves in each hutch and it does help.”

As it stands, there are two full-time labour units on the farm – Joe and an employee, Sean. Relief milkers are employed during the summer and another labour unit will be employed for the spring period before returning to a part-time rota once the busy period passes. 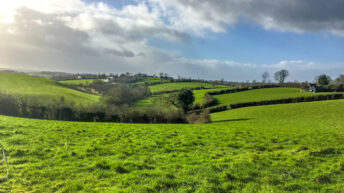 Dairy focus: A time of change on Monaghan’s drumlin hills 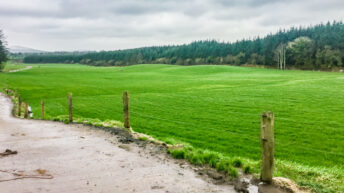