Dairy farmers are making an extra €110/cow due to EBI

This was the message from Teagasc’s Pat Dillion at the Irish Cattle Breeding Federation’s (ICBF’s) Breeding and Genetics Conference in Athlone, Co. Westmeath earlier today (December 5).

During his presentation on the Economic Breeding Index (EBI), he said: “Since it began in 2000, a large amount of data has gone into the index on which really good analysis can be done, giving accurate results.”

Almost 20 years on, the index has contributed to big improvements in dairy cow performance, he added.

Pat noted that in 2000, the fertility of dairy cows was reducing and this was a big issue. He also explained that in the index, 70% of the weighting was assigned to milk production and the remainder was fertility traits.

He highlighted that – based on research – the index has evolved and now the rankings of traits are: 30% related to milk production; 30% on fertility; 10% on calving; 9% on beef; and the remainder are maintenance, health and management related. 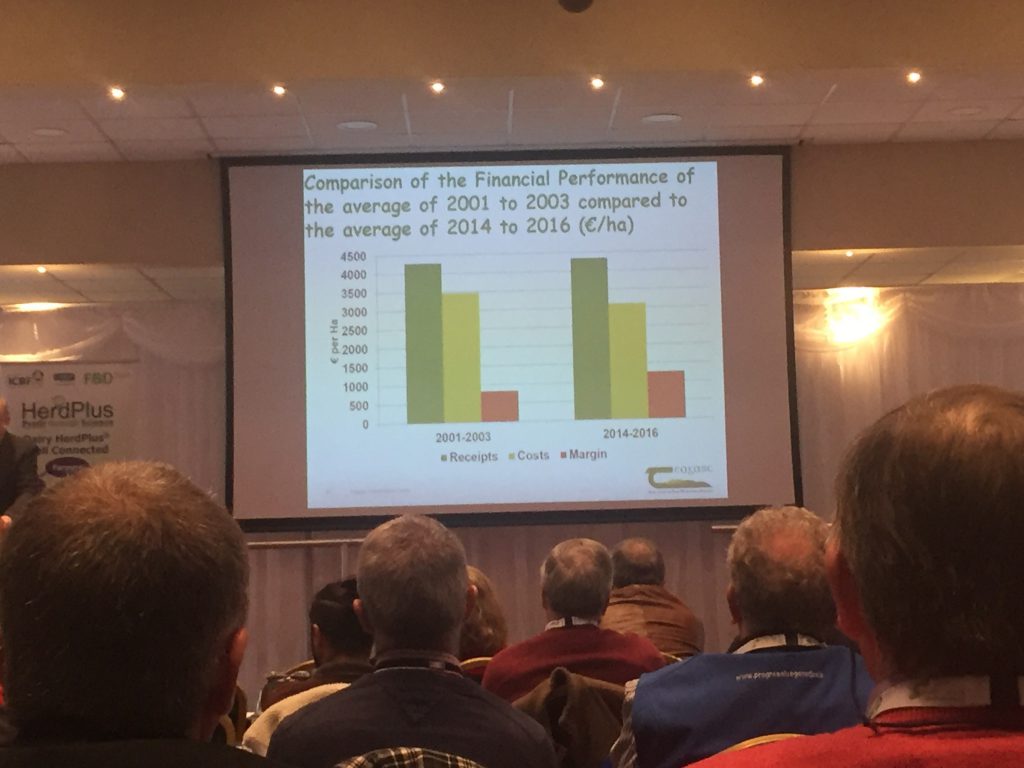 “We are on the road to where we want to be in terms of targets for the Irish grass-based, spring-calving herds,” Pat said. But, he added: “We are seven-to-10 years away from these targets.”

“There is no data set like this anywhere in the world. EBI has been the main contributor to the current profitable expansion of the Irish dairy industry,” he concluded.

GDT gets a lift in latest auction after 7 consecutive drops