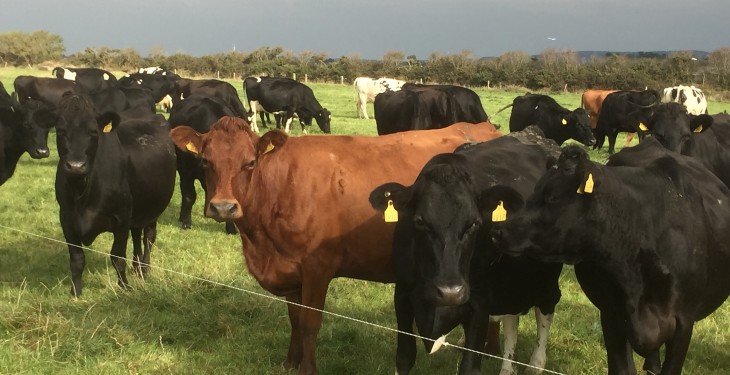 The dairy aid package, announced yesterday by the European Commission, should be welcomed by the industry and dairy farmers.

It may not be what some were hoping for – be that an increase in the intervention price or mandatory production controls – and that’s a good thing.

Any attempt to control supply is, without question, dressing quotas up as something else. Going down a road of paying farmers to reduce supply is a retrograde step and is simply shying away from the harsh truth of world supply and demand.

Unfortunately for dairy farmers, the buck stops far too often at their door and the price they receive for their product is not providing a sustainable income at the moment. They really are the ones who are left holding the can when it comes to food production and often are faced with the harsh reality that they’re not always going to get paid an adequate amount for that product.

And dairy farmers should not bear all the brunt when things go wrong or there won’t be an industry for much longer.

However, Europe paying its farmers to stop and start production when there are good and bad times is not the answer.

And, if individual Member States want to pay their own farmers to reduce production levels or increase them, as necessary, it will do little except undermine the rest of European production.

The harsh reality of life post-quota is that farmers now have to determine individually how much they want to and should produce.

Farmers who have plans to increase production, now that they can, must be aware of the possible downsides of world markets.

How much they will be paid for that is another story and will be determined in the vast majority of cases by world market prices, which are being severely hit by volatility at the moment.

In the past 12 months since quota abolition Ireland has powered ahead, with production levels up 13%. It’s not sustainable to continue production at this rate, or anything near it, and expect the world market to just absorb it.

But, while any attempt to re-introduce any form of quotas should be resisted, the management of volatility impacting at farm level needs to be addressed.

An increased intervention price does little except reassure those increasing production to keep going.

Grand projections were made under Food Harvest 2020, but the viability of individual Irish dairy farms is on the line in the short-term.

Until there is a significant pick up in world dairy demand or a significant decline in at least one of the other production regions worldwide, the intermediate scenario must be managed.

Right now, the industry needs leadership, not intervention from Europe which has skewed the market for European dairy farmers for too long.

The Irish dairy industry must step up and determine how to do this at producer level when prices do not provide a viable return.